What 6905 DialAFlight clients thought of Europe

We loved the hotel, our room with balcony and the place. Thank you so much for your suggestion and recommendation

Noah was very helpful and knowledgeable

Very personal service from all the team

I had issues when checking in online to allow our group of four to sit together.

You are all brilliant! I already knew this, but I can confirm it again. Nicole's support as always continues to be fantastic!

Thanks Billy, we had a wonderful time. Hotel was wonderful, great staff, comfortable rooms and great food at their restaurants.

A great holiday if a little tiring

When we did find problems checking in these were quickly renedied by Manny.

All went very well: excellent apartment in a lovely city. A great antidote to the English winter…

Amazing experience from start to finish. Ivor and his colleagues are simply exceptional. Keep up the good work.

Scandic Hotel recommended and was great. Flight connection on return was a rush but made it.

We had a BA City break ruined by a bomb - and needed to find a break for the same price within 20 hours. Ian as always came up trumps.

From first phone call to every arrangement requested. Everything happened perfectly with Sean and Oliver guiding the process. Thank you for making it happen and giving me assurance when concerned, you are brilliant!

Unfortunately our flight was delayed 8 hours at Heathrow termimal 5 because of fog - all very frustrating but no one's fault. It's a risk one takes when flying

Big thanks once again to Jack and his team. Five star service - wouldn't book anywhere else.

Always a great service from Samuel

Everything went smoothly and as expected.

Howard suggested a wonderful holiday within our means. The accommodation was good with loads of activities and places to go.

Thank you Troy. Would highly recommend

It was a shame that our flight was cancelled by British Airways coming home. But Des sorted it out. We had a lovely time in Copenhagen and we are all looking forward to booking our next trip

Appreciate the help and confidence you gave me booking this holiday….have used many times in the past

Up to the usual high standard.

The Mediterranean city of Valencia has an astounding cathedral, brilliant beaches, renaissance churches, some of the most striking modern architecture in Europe, fabulous seafood and gutsy red wine.

The locals are intensely proud of their city, culture and language, a form of Catalan called Valencian.

They might not shout about it as loudly as the Barcelonians, but perhaps that's because some might say their city is - whisper it - even better than Barcelona.

Who needs the whorls of Gaudi's Sagrada Familia when you've got the spiralled columns of the city's gothic Silk Exchange? Even paella was invented here.

After the River Turia flooded disastrously in 1957, the government diverted its waters. Now the wide green riverbed snakes through the city, providing 9km of parkland and a home for the Ciudad de las Artes y las Ciencias, an eruption of futuristic pavilions, lakes, an Imax cinema, aquarium and botanic gardens.

All of this is overlooked by the tallest opera house in the world, Santiago Calatrava's steel and concrete Palau de les Arts Reina Sofia, an ancient Greek helmet-shaped building. 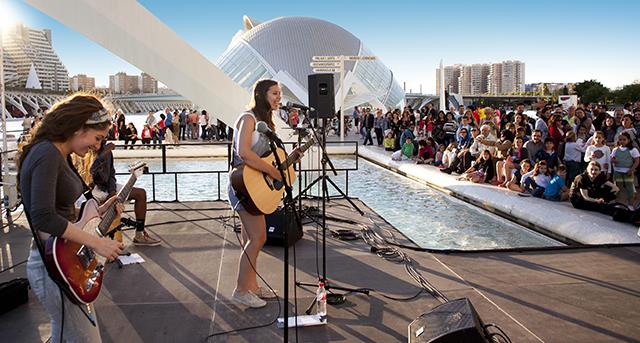 Take a glass of wine on the breeze-cooled palm terrace before the opera or come back on Friday evening when music students from the nearby Berklee College of Music, the first international campus of the Boston-based college, give free concerts from April to October on a floating stage in the lake.

Valencia cathedral and the Micalet bell tower are must-sees, but be sure to look up when you are inside the cathedral.

The windows are filled with inch-thin alabaster instead of glass. This makes for a spectral interior rendered even more eerie by the presence of Francisco Goya's 1788 painting St Francis Borgia At The Deathbed Of An Impenitent, where a figure of Christ on the crucifix spurts blood on to a sinner.

Step into the cathedral's Holy Grail chapel, home to a revered silver chalice which, as it dates to the 1st century AD, might just be the real thing. 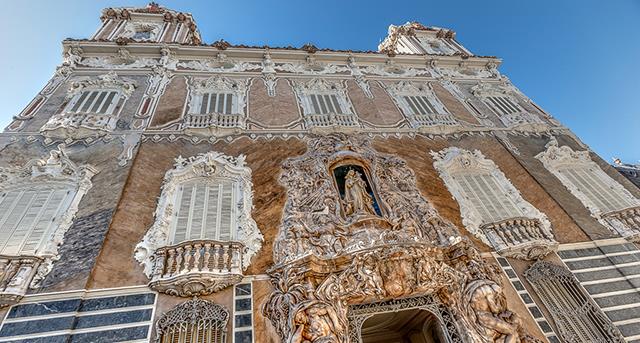 The city is famous for its ceramics and tiles, a tradition that dates back to the long years of Moorish rule. But you'll also find Picasso's work at The National Museum of Ceramics in Ciutat Vella, housed in a baroque palazzo with the most famous decorated doorway in Spain.

Go to the marvellous antiguedades shop on Corretgeria street, where there are tiles in geometric patterns, or line drawings of doves from the 19th century and earlier.

After taking in the Napoleonic-era shell marks in the ancient masonry of the Ciutat Vella's Porta de Serrans, have a restorative pitcher of Agua de Valencia. The madly baroque Cafe de las Horas, in Comte d'Almodovar street, serves this super-charged drink with cava and spirits. There are also non-alcoholic cocktails. And cake!

Like Barcelona, Valencia has a famous city shoreline, but you'll find fewer people on Malvarrosa Beach, a 15-minute bus or tram ride from the city centre. 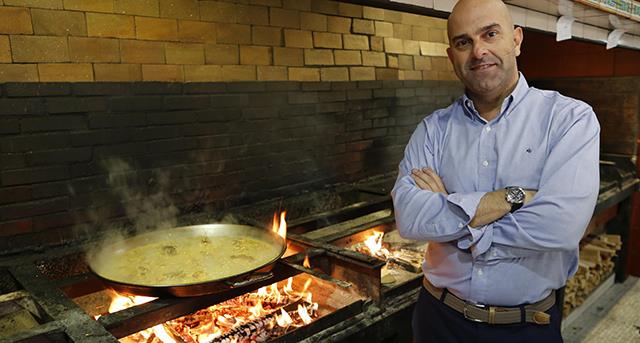 Toni Novo, the grandson of Tio Toni and Rialla, founders of Casa Carmela

Casa Carmela, set back from the Malvarrosa Beach, is the place for paella. Locals favour the rabbit offal, snails and chicken paella cooked on open fire pits.

Take a morning cafe solo in the Estacion Del Norte, one of Europe's best-preserved art nouveau railway stations, and marvel at the ceramic fruits hanging from columns and tile murals.

There has been a resurgence in local cuisine, with new takes on staples such as hake and pork.

The Mercat de Colon is a gastronomic destination with restaurants including Habitual, run by Michelin-starred chef Ricard Camarena.

In the Ruzafa quarter, the enthusiastic staff of 2 Estaciones serve tuna with peanuts, muscatel, lime and watermelon  - and Valencian wine to make it zing.