Reaching the top of a twisting trail through the forests of Monte Urgull, I suddenly saw why the city below is sometimes compared with Rio de Janeiro.

From the rocky crest, a giant statue of Christ opens his arms, blessing San Sebastian. At his feet lie golden scallops of urban beach, sandwiched between green pinnacles rising from a vast natural harbour.

This is the setting for the Basque city on the Bay of Biscay, chosen (jointly with Wroclaw in Poland) to be European Capital of Culture 2016.

It is hard to ignore the twinkling of Michelin stars in Spain's foodie capital – that's what the city is known the world over for. More about the grub in a moment, but I was here to taste some of the other cultural delicacies of San Sebastian, or Donostia as it is known in the Basque language. 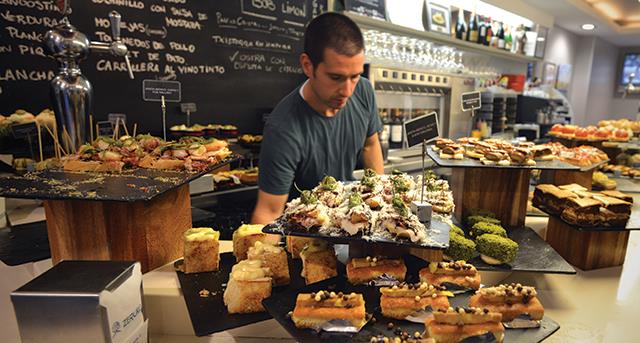 San Sebastian is famed for its mouthwatering pintxo, seen here at Bar Zeruko

The seaside town has been attracting cultured sophisticates ever since the Spanish royal family made it their summer base in the 19th century. Alluring art nouveau hotels and mansions soon became the rivals of fellow Basque resort Biarritz across the French border but just 20 kilometres away.

Since the Fifties the cream of Hollywood have been drawn here by the annual September film festival, which is artier and more compact than glitzy Cannes, according to the cognoscenti. And for half a century the July San Sebastian jazz fortnight has been drawing grandees of the music world.

The length of the city's coast is fringed by a boardwalk, starting at the surfers' Zurriola beach, then skirting the Urgull peninsula headland to La Concha bay, which must rank as one of the world's top urban beaches.

The esplanade rounds a horseshoe of golden sand more than a mile long, facing dark green Santa Clara islet. As I strolled along, the stirring echoes I felt of Rio's Copacabana beach amplified as I neared the rearing Monte Igueldo headland. 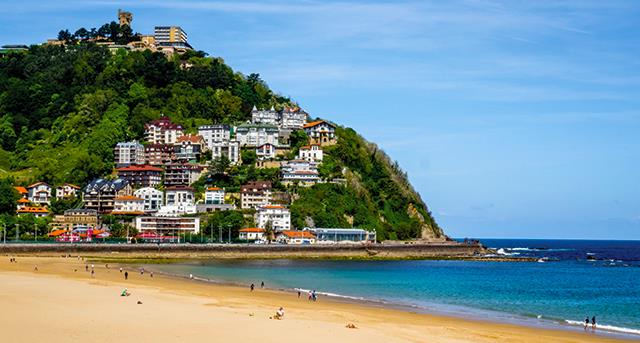 Monte Igueldo headland at the end of a sweeping bay

The old quarter, I found, is as walkable as the sea-fringe. A grid of narrow streets pedestrianised from noon onwards (after the vans delivering food have gone), is relieved by open spaces such as Plaza de la Constitucion, where windows have seat numbers dating from when the square was used as a bullring.

There is a neo-Gothic cathedral and some fine, older churches. However, the way to observe the town's purest religion is to eat. Pintxos – the version of tapas that Basques take to dizzy heights of delicacy – are the order of the day (and night). 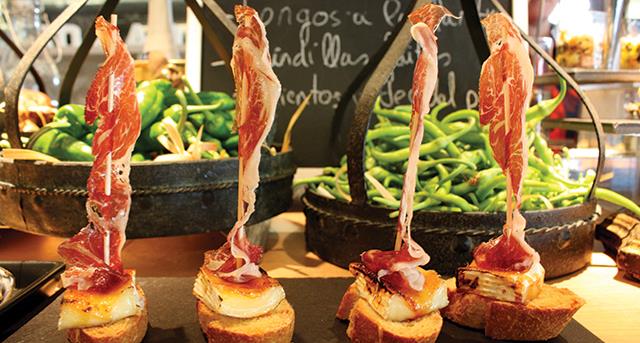 People swarm to sniff out morsels of edible art including dishes such as chipirones en equilibrio (squid, patterned with caramel filigree).

As I tried to walk off my gastronomic indulgence by hiking up Monte Urgull, I concluded that the Rio-like panorama was as visually appetising as the most elaborate San Sebastian pintxo.