You can live like a star here, even without a blockbuster budget - film producer Frank Mannion tells you how

The French Riviera was once described by Somerset Maugham as a sunny place for shady people. For its film festival, Cannes - with six five-star hotels and 24 four-star - becomes a melting pot of movie stars, wannabe exhibitionists and billionaires. Deals worth tens of millions are done during the 12-day event.

One-time Lord Chancellor Lord Brougham is seen as the founding father of Cannes. In 1834, he set out for Nice, but a cholera outbreak prevented him from travelling further and he found himself stuck in Cannes, then a small fishing village. It was love at first sight and he spent the next 30 winters there, acting as a remarkable one-man tourist board for the town. Soon aristocrats from all over Europe were flocking there.

Lord Brougham's statue overlooks the harbour, now teeming with Russian oligarchs' super-yachts. It's worth a stroll along the Jetee Albert Edouard to see the excesses on show.

The epicentre of the festival - this year's was the 68th - is Le Grand Palais, where the red-carpet premieres take place in the Grand Theatre Lumiere. The top films compete for the coveted Palme d'Or.

The festival revolves around three iconic Art Deco hotels - The Majestic on one side and The Martinez (its top suite costs £35,000 a night during the festival) and The Carlton at the other end of the promenade known as La Croisette. The Carlton featured in Hitchcock's To Catch A Thief. You do not need to be a guest to enjoy a sundowner there.

A few miles up the coast is the Hotel du Cap at Eden Roc. Stars including Brad Pitt, Leonardo DiCaprio and Clint Eastwood stay here. The Eden-Roc restaurant is perched right at the top of the Cap d'Antibes. You can dine and spot A-listers lounging by the pool without being a guest. 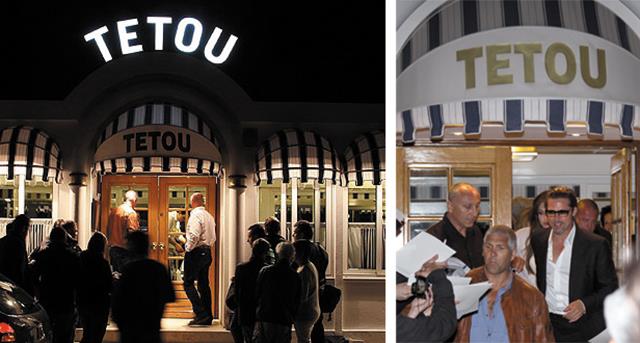 Enjoy star-spotting at Tetou but don't forget to take cash

Just outside Cannes is seafood restaurant Tetou, facing the beach at Golfe Juan. After a long day promoting Kung Fu Panda 2, Angelina Jolie and Brad Pitt had dinner at Tetou - I hope they remembered to take cash, as it doesn't accept credit cards.

If eating at The Majestic or The Carlton is too pricey, try the restaurants around Rue du Bateguier behind the Grand Hotel (such as La Mere Besson), or relatively cheap and cheerful Italian restaurant, La Piazza, in the old harbour.

The best reasonably-priced seafood is served at Gaston et Gastounette (the second floor has tables facing the sea).

Most of the beaches on La Croisette are privately owned by hotels. But if you baulk at £24 for a sun-lounger, there's a free beach opposite The Majestic at Plage Mace and another behind the Palais, at Plage de Casino.

The winding Rue Sainte Antoine is brimming with restaurants where you don't need a reservation (the Auberge Provencale is a favourite). Walk off dinner by continuing up to the clock tower and the ruins of the floodlit Castre Castle, for the most breathtaking view of the Bay of Cannes.

Last year, Leonardo DiCaprio hosted a party in an enchanting villa in the surrounding hills. While models reclined by the pool and DiCaprio served pizza, I visited the beautiful Lerins islands, where the Man In The Iron Mask - played by DiCaprio in 1998 - was incarcerated for 11 years. 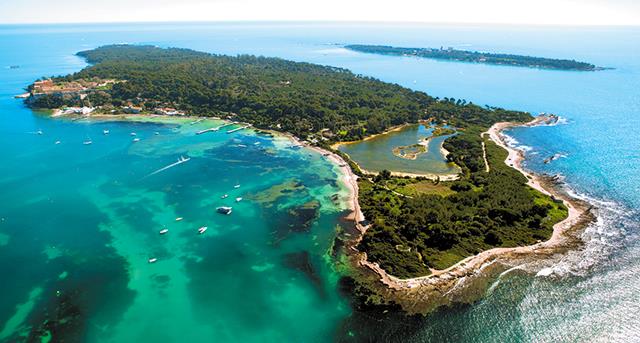 The neighbouring island of St Honorat is home to a Cistercian monastery called Lerins Abbey. It has a wonderful open-air restaurant, La Tonnelle, overlooking the sea - the grilled lobster with rosemary and onions is alone worth the pilgrimage.

Each year hundreds of people descend on Cannes hoping to be discovered, but few have been as lucky as Grace Kelly. In 1965 she arrived for the premiere of The Country Girl (for which she later won an Oscar). She was set up on a date with Prince Rainier, and within a few months the couple were married, with Kelly becoming Her Serene Highness Princess Grace of Monaco.

I wonder if anyone met their Prince Charming this year...