What 11008 DialAFlight clients thought of Asia

Another great holiday planned through yourselves

Trip was a success. Thanks Isaac Price - so very helpful.

Samuel was very helpful and attentive. Thank you for all of your help.

Fantastic service from Elliott from start to finish. Would definitely book with you again in the future

The staff at DialAFlight are always helpful and supportive

Excellent customer support and great recommendations for restaurants at my resort

Good service all the way

Thanks for providing up to date information

Your service with Warren is simply fantastic. Just a shame that Heathrow is a disgrace. Thank you for your great service. We had an awesome holiday.

Jonathan never lets us down with our trips, excellent service, thanks again

Shelley Dimes is a superstar. My trip was organised to perfection and could not be more pleased with her help, advice and planning

Marshall as always was fantastic dealing with my family's booking. On this occasion the Emirates flight from Bangkok to Dubai was less than satisfactory but that is no reflection on DialAFlight's masterful booking admin

Spencer Ormerod was brilliant and kept us informed throughout the booking process.

Marshall is always on the ball. Looks after his customers very well.

Alan is brilliant. I have been booking through him for over 5 years and I love having someone to talk to at the other end of the phone.

This was the best holiday ever - thank you for everyone who helped us.

Calvin is always there for my travel plans, he is great!

Oliver and the other members of the team were really helpful and accommodating. They were very informative about the country we were travelling to. If I was unable to speak to Oliver someone else was ready to step in and deal with me

Callum was extremely helpful and efficient in every way. I will definitely be booking future holidays with him

The city of crazy extremes

Fabulous food, exciting transport and even super shopping… John McEntee finds it all in the whirl of Ho Chi Minh City

Ho Chi Minh City, known as Saigon until the end of the Vietnam War, is a vast contradiction.  Despite communist rule, its teeming residents are enthusiastic capitalists offering an Aladdin's cave of goods from tumbledown shops. 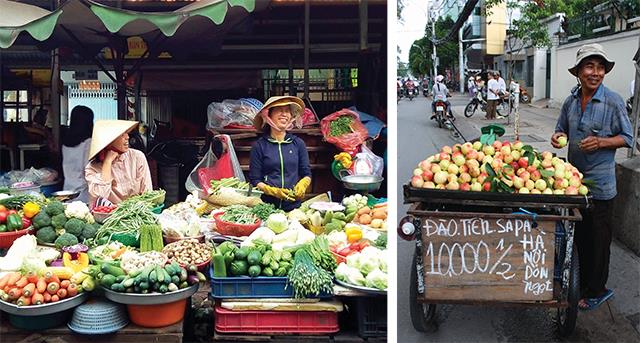 As it happens, the last days of the city under its former name was recently highlighted in Britain, when Miss Saigon the musical celebrated its 25th anniversary with a nationwide cinema performance of the West End show.

In Ho Chi Minh City there is a wonderful range when it comes to choosing where to stay. Not-withstanding its ramshackle appearance, anarchic traffic and jumbled shops, the city has benefited hugely from investment in hotels from the former enemy America.

The colonial Saigon Grand Hotel has added a 20-storey new wing but I was happy to stay in the old part, for the atmosphere. 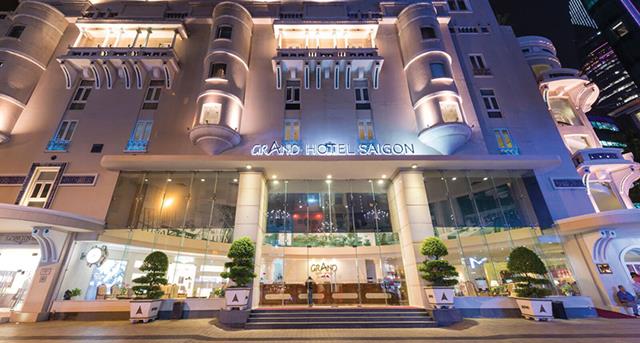 The grand entrance to the Grand Hotel Saigon

Similarly, one's spoilt for choice as far as eating and drinking is concerned. A good start is to whizz to the 20th floor of the Saigon Grand and get an outside table at the Terrace Café. Here you can enjoy a pre-dinner cocktail for 100,000 dong (about £3.50) and admire the view of the Saigon River far below.

For a sublime Vietnamese meal, you can do a lot worse than to book a table at Maxims in Dong Khoi Street, where you will feel more of a native. The trendy Vietnamese younger set congregate at The Deck on the west bank of the river.

Night markets
The city turned out to be some-thing of a shopping heaven too. A visit to the My Hoa Night Market on Cao Thang Road is an essential part of the itinerary. With 250 stalls lining the street there is an amazing range of cheap designer goods. But don't forget, you must haggle - even if you're a committed non-haggler, this is one time you must be brave and put on a good show.

A friend and I decided a pincer movement was the best tactic, so we joined forces to bring down the cost of three Mulberry purses to 2.2 million dong - that's £25 each. It was a fearsome display of no-nonsense negotiating.

Were the purses genuine Mulberry? What do you think? But they were certainly genuine bargains.

There are some unusual options available for getting about. One of them is to take a tour aboard a former U.S. military Jeep. The powerful vehicle seemed to scythe effortlessly through the extraordinary suicidal stew of motorcyclists. 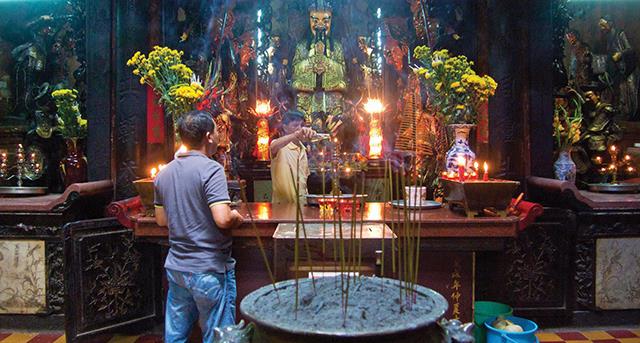 Near the top of the list of what to see are the Notre Dame Cathedral and the Re-Unification Palace, built by the French. The latter became the HQ of the country's beleaguered puppet presidents that were installed by the Americans.

Nearby is the former U.S. Embassy, where thousands of terrified Saigon residents shook the gates, begging for entry as the last U.S. helicopters fled in 1975. The world looked on in fascinated horror at the images of desperate people attempting to scale the walls and fences of the embassy compound, as communist forces closed in on the city.

U.S. Marines held back the terrified crowds as helicopters took Americans and many Vietnamese who feared reprisals from the communist forces first to the airport and later to ships of America's Seventh Fleet in the South China Sea.

The capture of the city on April 30 was preceded by the evacuation of almost all the American civilian and military personnel in Saigon, along with tens of thousands of South Vietnamese civilians associated with the southern regime. The evacuation culminated in Operation Frequent Wind, the largest helicopter evacuation in history.

The contrast now in some parts of the city with those frantic days is poignant in the extreme. For calm and peace you should make your way to the Jade Emperor pagoda, where Buddhists offer incense, food and prayers.

And close by is the Vietnam War Remnants Museum, which provides a harrowing chronicle of the death and destruction inflicted on the Vietnamese. 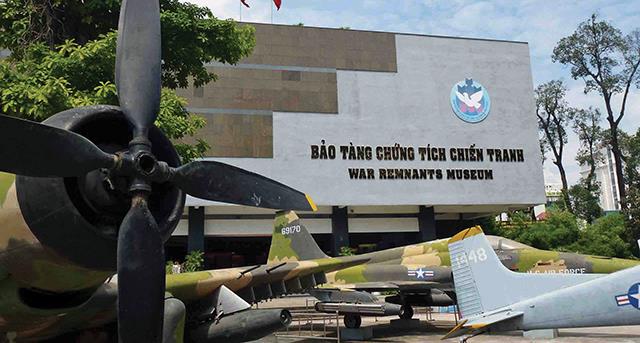 Cu Chi Tunnels
It's possible, although those who suffer from claustrophobia should be warned, to explore the Viet Cong's tunnels. Viet Cong guerrillas hid and fought in a warren of tunnels just outside the city.

You can go underground and see how they evaded the might of the U.S. Marines. On display are the horrific man traps used to kill the enemy, including hidden pits filled with razor sharp pointed bamboo sticks. You can also indulge, if you wish, in target practice with M60 carbines and machine guns used in the war.

This is a city that has enjoyed a remarkable resurgence. But it is right that, while celebrating its vibrancy and warmth, its traumatic recent past should never be forgotten.