Zen and the art of the breakfast buffet

I've always had a love affair with Thailand. After filming Channel 4's Indian Summers last year, I headed to Koh Phangan, an island off Ko Samui, for a week-long meditation and yoga course.?

My resolve to meditate every morning in London was slowly eroded by the stress of the London Underground - so I jumped at the chance of heading out to Thailand again and recapturing my zen before the start of filming series two.

Phuket is very different from Koh Phangan. It is much greener, and definitely an island with party in its bones. I was staying at the luxurious Sri Panwa resort, which comprises a series of minimalist villas, each with their own saltwater private infinity pool facing out on to the shimmering Andaman Sea.

I'm sure you can just sit and chill in the hotel's beautiful restaurants or sunbathe on your private terrace, but when attentive hotel staff member Pim dropped me off at my villa, she revealed that a famous Sri Panwa guest - DJ Norman Cook (aka Fatboy Slim) - was performing at a nightclub called Seduction that evening. I decided zen could wait. 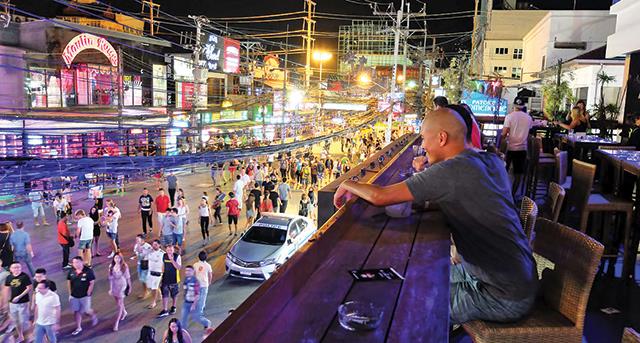 Seduction turned out to be off Bangla Road, the heart of Phuket's red-light district. Pim ushered me up an escalator to Seduction's rooftop party venue.
Norman had just started his set and was whipping up a Thai crowd. The odd British tourist was in there too, looking appropriately smug that they had stumbled into this stylish haven.?

The next morning, breakfast at Baba, Sri Panwa's poolside restaurant, was a glorious affair.

I faced my greatest challenge so far… selecting from the breakfast buffet. I did an almost ridiculous amount of hovering before settling on a selection of banana pancakes followed by a Thai fish curry. Curious but excellent is the only way I can describe this combination.? 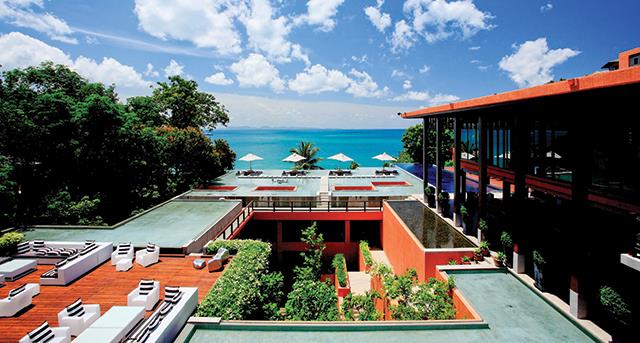 I whiled away the afternoon reading by my infinity pool, slathering on the factor 50 at every opportunity.  I then headed up to Sri Panwa's Cool Spa, where you can practise yoga on a breathtaking platform called Baba Nest, which offers 360° views of Cape Panwa.?

Our Thai yoga instructor, who coincidentally had a body which looked as if it had been carved out of mahogany, performed the chaturanga at sunset with a sinuousness that reminded me of that scene featuring the yoga instructor from Couples Retreat, for anyone who knows that film.??He didn't quite slap me on the bottom and say 'Encouragement', but it was a close-run thing.?

After a fabulous dinner at Sri Panwa's beautifully appointed Thai restaurant Soul Food, where the 'squid on hot plate' sizzled satisfactorily and the green curry with prawns was to die for, I submitted to the jet-lag and crashed out on pillows on which the maids had placed a shell and an orchid.?

Returning to my quest for zen the next morning, I headed north of Phuket and took a 30-minute boat ride to a quiet island in Phang Nga Bay.

I was picked up by the staff of the Six Senses Yao Noi hotel and spa and driven to the complex by tuk-tuk.

The hotel puts a lot of emphasis on being eco-friendly. The landscaped gardens have space for some of the happiest free-range chickens I've ever seen, and a mushroom hut where the chef harvests fresh oyster mushrooms.? 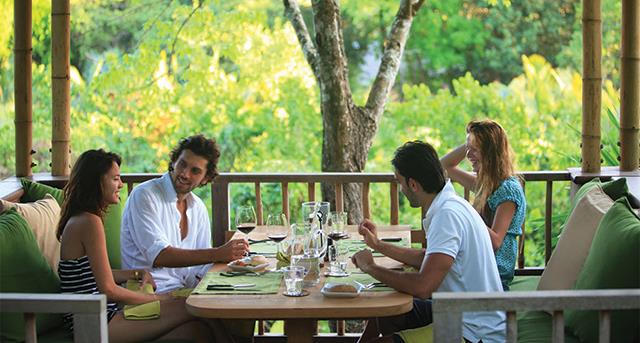 From the sunken bath in my villa there were exquisite views of the strange islets of Phang Nga Bay. ??I ate poached rock lobster in coconut milk and lemongrass, and a beef curry on jasmine rice, at Six Senses' beautiful Hilltop restaurant before heading to the beach again where the hotel was screening the Hollywood classic Breakfast At Tiffany's under the stars.?

Back at Sri Panwa and there was time to indulge in one more Asian-style breakfast curry before take-off. I may have mislaid my zen in Phuket but I sure had partied.

First published in the Mail on Sunday - August 2015