Thailand's all grown up

Full Moon partygoers of yesteryear have rediscovered Thailand… and are bringing their kids along too, says Frank Barrett

I first visited Thailand at the end of the Seventies when I was invited to Pattaya Beach by Thai Airways to hear about plans to introduce Boeing 747 jets on the London to Bangkok route.

Around the hotel grounds were elephants decked out in Thai Airways livery: jumbos advertising jumbo jets. It was the first time I had seen elephants in their natural environment!

These days when people want to reach a tropical Thai beach they get on a plane for a short hop to Koh Samui or Phuket. In those days, it took a two-hour drive south from Bangkok to Pattaya (the drive was down a road so bad it made the B4326 look like the M1). This was my first experience of the Far East and probably as good an introduction as you could hope for.

By 1979, US servicemen on leave in the Far East were enjoying Pattaya Beach's extraordinary, edgy nightlife; the characteristic excesses of Thai entertainment were firmly established here. It was the place where The Beach's author, Alex Garland, would have been in seventh heaven.

I'm not clear why there was such a large US presence in Thailand at the end of the Seventies but the bar and club owners were clearly grateful.

Away from the strip, hotel developers were building resort hotels which at this time seemed to serve a market of affluent Parisians.

They have moved on but Pattaya remains a fun-loving place: the Costa del Sol of South East Asia. But there are interesting developments east of Pattaya, along the coast towards the border with Cambodia. 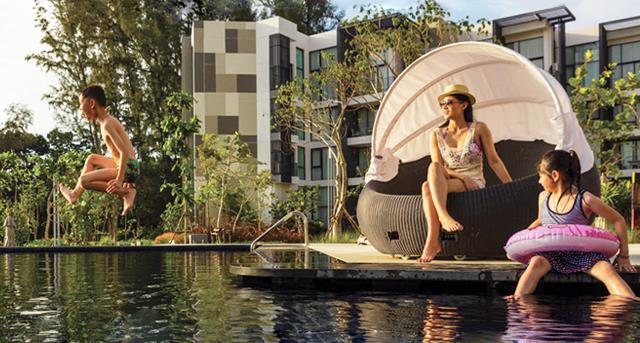 Typical of the different style is Centara Q Resort Rayong, a boutique resort set on quiet Laem Mae Phim beach on the eastern coast of the Gulf of Thailand.

there are 41 modern rooms in a resort designed to provide an intimate, beachfront getaway three hours' drive from Bangkok.

A number of other less well known Thai places are also beginning to be discovered by UK travellers, including Khanom, Koh Kood and Koh Phangan.

Koh Phangan is one of the many Thai resorts that has completed the journey from backpacker hang-out to upmarket resort.

Once known as the ultimate party destination thanks to its hedonistic scene and guest appearance in The Beach, the island has emerged as stylish and elegant.

The Anantara Rasananda on Koh Phangan is one of the Thai properties which makes the link between Koh Phangan's boisterous past and its more mellow present. Many guests have been here before, in their wilder days, but are now happily settled in their 30s, often with kids in tow.

If you're looking for a more affordable Thai beach break, the Cassia Phuket lies on the unspoilt Bangtao Beach. Those looking to relax can choose to take a dip in the chic infinity pool or indulge in a massage and pampering session at the Chill Chill Spa.

Alternatively, guests can buy fresh ingredients to recreate their favourite dishes in their apartment. You can also order from local restaurants or take away directly from street vendors.

First published in the Mail on Sunday -  June 2016