As a stopover or destination, this city-state is packed with excitement - let Will Hide give you the lowdown on how to explore it in 48 hours

Singapore's star is shining ever more brightly as a top tourist destination - it has a fantastic bar and foodie scene and a host of new design hotels. And of course it has a reputation for being a super-safe and super-clean city.

The island city-state off southern Malaysia is a melting pot of trade, tourism and cultures - it's a global financial centre with a tropical climate and multi-cultural population.

Its colonial core centres on the Padang, a cricket field since the 1830s and now flanked by grand buildings such as City Hall, with its 18 Corinthian columns. And in Chinatown, dating from about 1820, stands the red-and-gold Buddha Tooth Relic Temple, said to house one of Buddha's teeth.

Singapore is ideal either as a final destination or as a stopover en route to Australia or New Zealand. Here's how to get the best and most fun out of it in two days.

First evening
A selection of flights from Heathrow land round about 6pm local time.
A 30-minute or so drive from Changi airport will get you to your hotel - and shortly afterwards to the bar, with perhaps a Madame Butterfly cocktail in your hand (tequila, watermelon, rosé wine and soda water).

Singapore's famous Raffles is reopening this summer after a major refurbishment, so a revitalising Singapore Sling will be available there - or otherwise that particular cocktail can also be thoroughly enjoyed at the Loof bar in the Civic District. 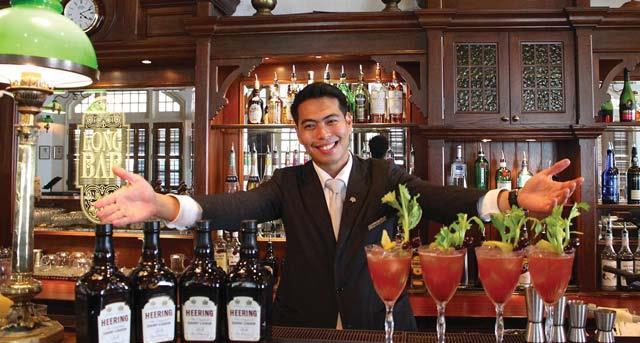 Day One, morning
Download the Grab app - Singapore's version of Uber - then head to the Marina Bay Sands Hotel, where you can pop up to the rooftop Lavo restaurant for brunch with a view. The ricotta pancakes with lemon and blueberries are divine. If you want something a little different, how about chicken and waffles?

Next door to the hotel is the lotus flower-shaped ArtScience Museum, which hosts exhibitions from design to technology. A short walk away, the Gardens By The Bay cover 250 acres and feature 220,000 plants.
The 18 futuristic, steel-clad 'trees' are actually giant exhausts for the turbines that cool the bio-dome greenhouses.

Afternoon
Head to one of Singapore's giant malls and you'll never be short of shopping and dining opportunities, but it's even better for a reviving blast of cool air in a city that often has high humidity levels.

At Ion on Orchard Road, there are plenty of designer stores to browse, although there are budget options too. As a tourist, you can claim back the seven per cent Goods & Services Tax.

When you're ready for a snack, go to the basement food court for toast with kaya, a caramel-like spread of sugar, coconut milk and eggs.

A short walk away is Native, where Vijay Mudaliar crafts cocktails from weird and wonderful ingredients including pureed grasshoppers.

Day Two, morning
Escape the hustle and bustle and see a different side of Singapore by taking the North-South line of the metro to Kranji and the Kranji War Cemetery, where 4,000 Commonwealth soldiers killed in two world wars lie buried.

Before you head back, join the locals in the Kopitam cafe at Kranji station, where a bowl of laksa - spicy noodle soup - costs less than £2.50.

Afternoooon
Back in central Singapore, see places featured in the recent hit movie Crazy Rich Asians from the sidecar of a souped-up, chauffeur-driven Vespa. The two-hour tour includes a stop for food. 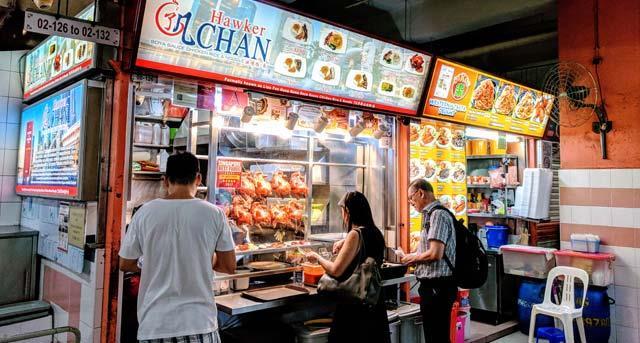 Evening
Hawker centres are an institution here - no-frills food courts where the prices are great and food is top-notch.

In Queenstown, Timbre+ provides a modern take on one, with outlets housed in shipping containers. Grab a bucket of ice for your beers, then choose a starter at one spot, a main somewhere else and dessert at a third.

Before you head to Changi Airport for your flight back to the UK, kick back at Timbre+'s rooftop pool - it's open until midnight.

First published in the Mail on Sunday - May 2019