Music by the mile, daiquiris by the gallon and non-stop partying - New Orleans is a one-off says Giles Milton

The evening slams into action with a long blast of brass. Ronell Johnson has swung to his feet and is squeezing every last bit of jazz out of his trombone.

Rickie Monie, meanwhile, is tinkling the ivories at frantic speed. I'd been told the Preservation Hall in New Orleans was the place to see live jazz, but never realised it would be as moody-blues as this.

All the local jazz legends have blown their trumpets here, from Punch Miller and George Lewis to Sweet Emma Barrett and The Humphrey Brothers. The Preservation Hall continues to attract the best acts. 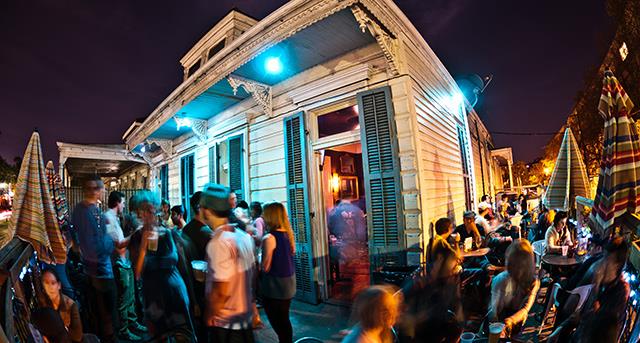 Jazz is everywhere in New Orleans - in the bars, in the streets and in the psyche. This, after all, is the city of Louis Armstrong, who played his way to fame on the paddle-steamers that plied the Mississippi river.

This, too, is where the early jazz legends Buddy Bolden and Jelly Roll Morton once jammed through the night. Their local haunt, the Little Gem Saloon, has recently reopened and serves cocktails and food along with the music. Even those paddle-steamer river excursions still serve up jazz with their Creole cuisine. 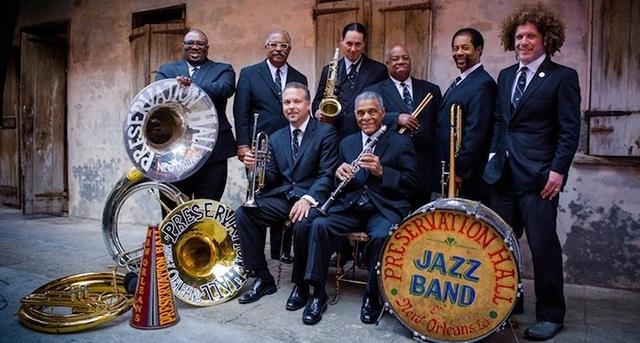 The Preservation Hall is an iconic place to watch jazz

'Welcome to New Orleans,' whoops the compere at the Preservation Hall in a pause between acts. Welcome indeed. New Orleans has to be the funkiest city on earth, where the

streets are filled with buskers and the back-alleys packed with cocktail bars. They even have drive-thru daiquiri bars where - I kid you not - the daiquiris are sold by the gallon. A visit to Louisiana's most beguiling city ought to begin with a government health warning: this is a place that takes partying very seriously. 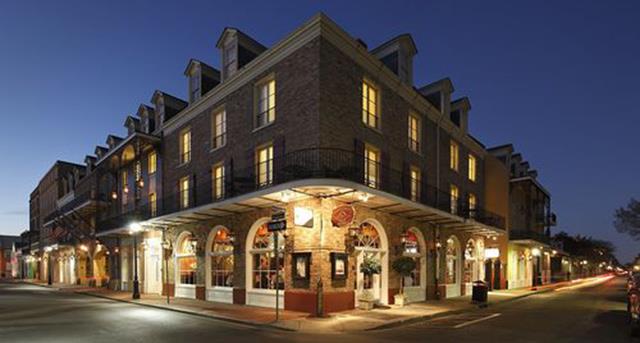 The wildest district is Bourbon Street, the setting for some of America's most outlandish clubs, strip-joints and cocktail bars. It's about as raw as it gets.

Women dressed in knickers and nipple-tassels parade the street touting for photos ($1 a snap) while men hang out in doorways drinking 'hand grenades', a Bourbon Street speciality that will blow your socks off. It comes in a yard-long vessel that's tinted green and shaped like a grenade at the bottom. The recipe is a guarded secret.

Apart from Bourbon Street's excesses, the rest of the city winds down to a gentler pace at around midnight. Then it's back to the hotel - in my case, the historic Maison DuPuy - where the party continues in the inner courtyard at a more subdued pace.

In 2005 Hurricane Katrina caused catastrophic devastation. More than 1,200 people died and 400,000 left homeless. An excellent (if sobering) exhibition in the city's Presbytère - a branch of Louisiana State Museum - recounts the horror as the levees collapsed and a tidal wave hit the residential quarters. 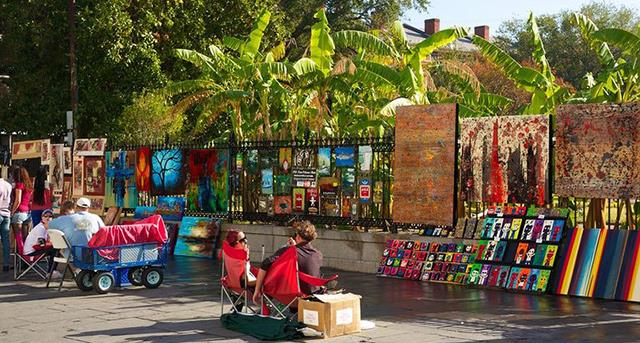 The only part scarcely touched was the historic French Quarter, home to many of the oldest buildings, jazz clubs and museums.  'New Orleans is not an American city,' explained John, my guide. 'It's half European, half African. It's unique.'

Founded by the French, ceded to the Spanish, sold to the Americans and besieged by the British, it was populated for much of its history by slaves from Africa. Allowed one day off work each week, they would congregate in local parks and improvise the musical riffs of their African forbears. This was how jazz was born.

Jackson Square is home to fine museums: the 1850 Museum, the Cabildo - the old town hall - the Presbytère and nearby Gallier House, with a preserved mid-19th century interior.

But I'm in need of a cocktail and take myself back to Bar Tonique, which serves the best sazerac in town (New Orleans's signature cocktail: cognac, absinthe and a shot of local Peychaud's bitters.) As the sun oozes itself into the Mississippi, I down a couple before taking myself back to Preservation Hall.

There's no Ronell Johnson on tonight's programme. But local star Clint Maedgen is on the sax, and that'll do for me.