Gorgeous Georgia, always on my mind

With a backdrop of Civil War drama, Dave Balow revels in the romance of this spectacular southern state

It was around 80 years ago that Margaret Mitchell, huddling next to a radiator for winter warmth in a chilly Atlanta apartment, wrote the final chapter of her one and only novel, Gone With The Wind.

Full of Civil War drama, passion and romance and set in the colourful southern state of Georgia, it was an instant best-seller and the subsequent Hollywood film became the biggest blockbuster of all time.

And if unlike Rhett Butler, the story's hero, you do 'give a damn' when choosing where to go in America for a perfect holiday, you would be well advised to experience the southern comfort of Georgia.

Amid the oaks and pines dripping with Spanish Moss, the antebellum (pre-Civil War) mansions, the beautiful beaches, and the historic cities lies a peach of a state where the hospitality is second to none. 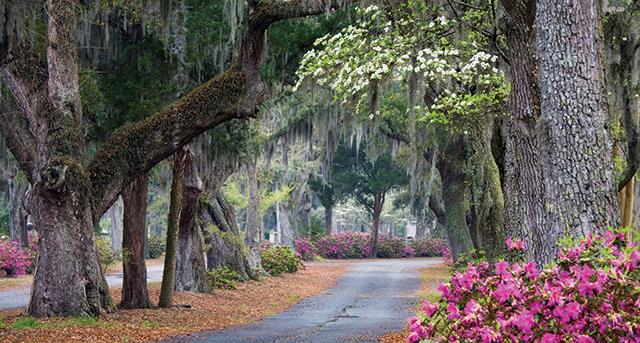 Take a historic stroll through the ancient oaks in Savannah

Georgia has it all. From the sophistication of drop dead gorgeous Savannah to the Olympian edifices of downtown Atlanta, the sunny barrier islands, majestic homes that escaped the ravages of General Sherman and swathes of forests and cotton fields.

I arrived in Georgia from the south on Interstate 75. My first stop was the unassuming town of Thomasville, steeped in history and with a grand old quarter. I was soon chatting to friendly locals about everything from sport to politics over fried chicken, green tomatoes and grits.

The next day I drove east for two hours through fragrant Georgia pines, for a memorable stay on the most famous of the barrier islands, a playground for the rich and famous.

It's said the likes of the Rockefellers, Vanderbilts and J.P. Morgan used to fix the American economy over cigars and brandy here.

The place I most wanted to visit in Georgia was Savannah, that Grand Dame of southern cities, and after an hour on the freeway from Jekyll Island I was driving around the 21 historic squares in the city looking for my B&B accommodation, the quaint Azealea Inn and Gardens in the Victorian District. 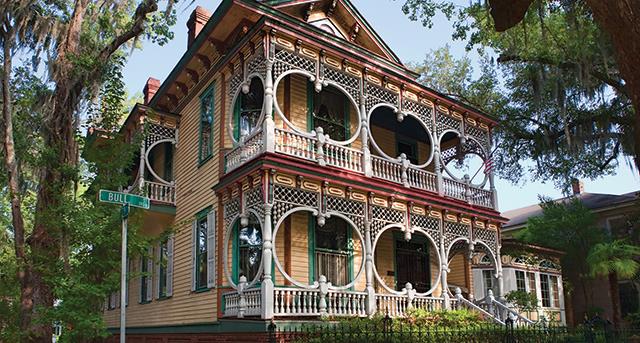 Extravagant balustrades of the Gingerbread house in Savannah

Established in 1733, Savannah is the oldest city in Georgia and has one of the largest National Historic Landmark districts in the country. It's an eccentric place and beguiles with stunning architecture, Old World romance, culture and entertainment.

The best way to see it is to just stroll or take a tram around the squares, all in a fairly compact area between the Victorian District and Savannah River.

If you have read the book or seen the film Midnight in the Garden of Good and Evil you will enjoy a visit to the Mercer Williams House on Monterey Square - the scene of a real life murder - and if you want to get into the spirit of the story take a short trip out of town to the eerie Bonaventure Cemetery or nearby Tybee Island.

I spent two days in Savannah, but I could happily have stayed for two months. There's never a dull moment day or night, whether exploring the historic areas, taking a ghost tour by lamplight or enjoying the more brash entertainment along the buzzing riverside.

Musts include an ice cream at Leopolds and a complimentary glass of sherry on the rustic porch back at the Azealea Inn, as the setting sun forms rainbows over the fountains of Forsyth Park.

It's also worth driving over the border into neighbouring South Carolina to visit lovely Charleston, where the Painted Ladies (colourful Victorian villas) add to the feeling that you are back in a picturesque part of old England. 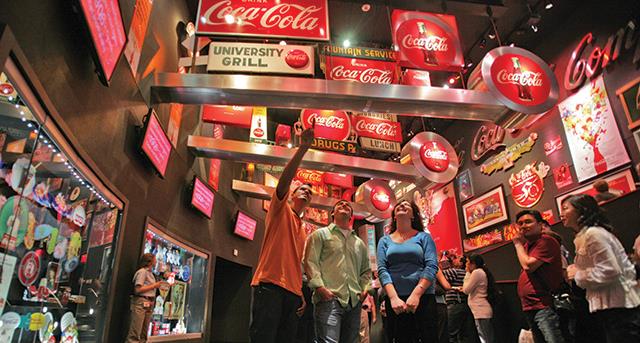 The real thing, the Coca Cola museum in Atlanta

The road to Atlanta was calling, with a stop on the way at the lovely historic town of Madison. It's at the heart of Georgia's antebellum trail, with beautiful Gone With the Wind style homes that the locals are proud to show off. More grand houses and superb museums awaited at Milledgeville, where comedian Oliver Hardy grew up.

Yankee General Sherman burned Atlanta to the ground before his famous March to the Sea during the Civil War. But when the world of Scarlett O'Hara went up in flames it paved the way for a brand new shining city, with lots of green parks and the Olympic park built for the 1996 Games.

A tour of the giant CNN building is a mind-blowing must, the World of Coca Cola is a fun diversion, and a Gone With the Wind experience at the Margaret Mitchell house is eye-opening. The Underground is great for shopping and the views over the city from the top of amazing Stone Mountain, which you can access by cable-car or on foot, are quite something.

Georgia, sweet Georgia, you'll always be on my mind!