What 15707 DialAFlight clients thought of USA

Oli de Bernier and team have organised our holidays before and their planning has been superb! Great communication and service.

Service was fantastic from start to finish. My only criticism and disappointment was the size of the room for 4 adults and 1 child making some facilities unusable

Keep up the good work - we will be back

Everything was great. Being able to contact DialAFlight while on the trip to make adjustments was perfect.

Mike was truly fantastic. I fully recommend your services to all my family and friends.

Thanks for your help with our recent trips to the USA. You have always been really helpful - phoning us to update us on the protests on the M25 on the morning of our flight was really appreciated.

Everything worked out perfectly. Thank you DialAFlight.

Thank you to Marshall. I always keep coming back to you because of his service.

I very much appreciate having a named person dealing with my bookings and will always come back to you in future.

Wheelchair assistance at Heathrow was terrible. One hour and twenty minutes to get from plane to security.

As usual, excellent 5 star service and support from Wayne and the Team at DialAFlight.

Brilliant service, prompt in dealing with questions and advice

I was greatly pleased with the travel arrangements

As usual a great personable service.

The Hilton Boston Downtown booked by Lucas was excellent. Highly recommend for location, service and food. Boston is a great city to visit for a long weekend.

The level of customer service was excellent throughout the rebooking of my NYC trip during the pandemic. My only additional feedback is to make yourselves aware that the breakfast provided at the hotel was very poor and after the first morning we ate elsewhere.

Made life easier for us, thank you

The airports and airlines are a complete disaster. I’m glad I had DialAFlight to rely on when things went awry.

Great customer service, thank you Bobby! The phone is answered quickly and follow up is first class. We were recommended DialAFlight by friends and will do the same.

Everything went to plan. Thank you for all the assistance you gave us

Thanks yet again to Tyler

Extremely great service (again) from DialAFlight. Connie provided excellent service. She found flights for me and my two daughters and made several checks that we had covered Esta forms etc

Found the perfect solutions to complicated plans, all worked like clockwork

New Orleans - without all that jazz

New Orleans is the birthplace of jazz, the sometimes wild, sometimes smooth music that reflects the city's eclectic mix of French, Spanish and Caribbean culture. After dark, every bar and street corner reverberates to the sounds of horns and Louis Armstrong - a New Orleans native. But what else is on offer if you're not that kind of cool cat? 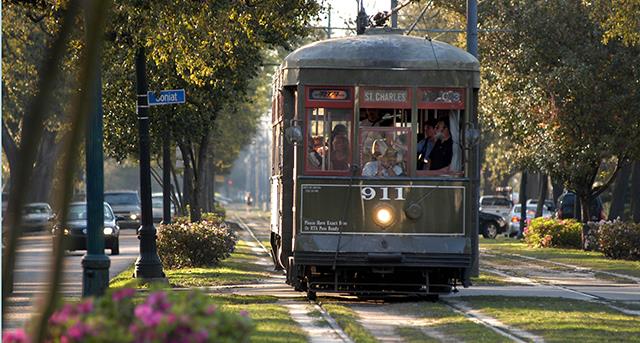 The answer is, plenty! Start with a tram ride. Trams, or streetcars, are 150-years-old and connect downtown New Orleans with the rest of the city via four lines, and they are a gorgeously nostalgic way to see the sights.

The Bywater neighbourhood is filled with colourful murals, organic cafes and hip restaurants.

After Hurricane Katrina in 2005, artists and creative types unable to meet rent prices in the unscathed French Quarter migrated here.

The long, one-way streets are best explored by bike, which you can hire via the city's Blue Bike scheme.

For dinner, visit the beautifully renovated The Country Club. 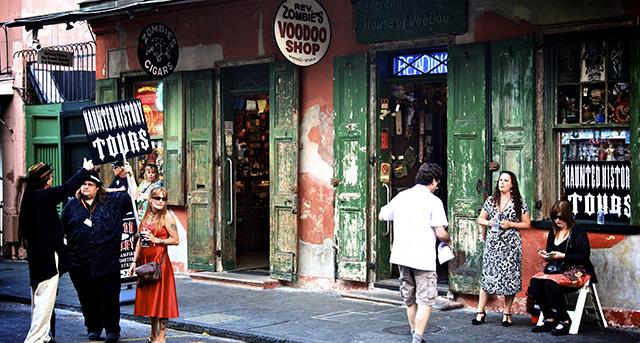 Voodoo is a very real - and culturally important - religion in these parts, with its own mythologies, saints and rituals.

Its roots can be traced back to West African tribes who, in the 18th century, were kidnapped, enslaved, and taken to Brazil, Haiti and Louisiana. Many were forced to practise Catholicism and so voodoo is something of a melting pot. New Orleans has become synonymous with voodoo and various tourist shops sell trinkets and dolls. The New Orleans Historic Voodoo Museum offers a good introduction.

The Warehouse District, also dubbed the New Orleans Arts District due to its abundance of galleries and studios, is a chilled-out neighbourhood in the heart of downtown.

Yoga fans can take a class at Reyn Studios, in a converted warehouse illuminated by huge windows. After all the goodness, try a cupcake at Bittersweet Confections. 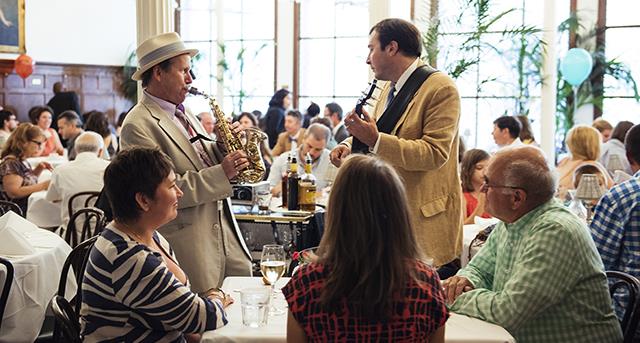 Arnaud's restaurant has been serving classic Louisiana Creole cuisine for more than a century - but there's another good reason to go.

Diners are given access to the Germaine Cazenave Wells Mardi Gras Museum. Mardi Gras or 'fat Tuesday', the day before Ash Wednesday, is the huge carnival that takes over the French Quarter for a week.

Explore the carnival's glamorous history at the mini-museum, named after the daughter of a local landowner said to have reigned as queen of more than 22 Mardi Gras balls from 1937 to 1968. Fabulously lavish costumes are displayed alongside memorabilia.

Stunning gardens open daily in the Museum Of Modern Art and house more than 90 works of modern sculpture - and they're free.

New Orleans is said to be one of the most haunted cities in the world - that's what you'll be told if you join a walking tour in the French Quarter.

Stories of the 'walking dead' may come from the fact that it's impossible to bury bodies in the swampy ground - and during hurricanes, corpses resurfaced and 'flew' through the air.

The solution? Entombing the dead in cemeteries that resemble small marble villages. Lafayette Cemetery No.1, in the Garden District, is one of the most hauntingly beautiful. 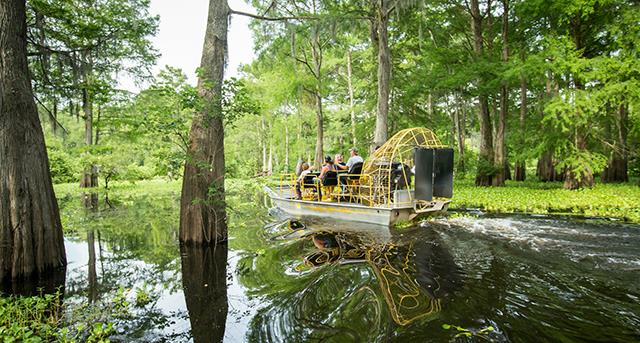 Swamp tours are a great way to see the natural environment

About half of New Orleans sits below sea level but began to sink only as a result of 18th century settlers building on the marshy land.

Get a flavour of what they must have faced then by taking a 40-minute drive to Barataria Preserve, a swampland within the Jean Lafitte National Historical Park. If you're lucky (we were), you'll glimpse alligators basking in the sun.

Tucking into a plate of pillowy, square doughnuts called beignets, washed down with a cafe au lait, is a New Orleans tradition.Many places serve them, but the 24-hour Cafe du Monde wins the taste test.

Another New Orleans classic is the po boy. These sandwiches are said to have been invented in makeshift kitchens during a streetcar drivers' strike in the 1920s. When a worker came to get one, the cry would go up in the kitchen: 'Here comes another poor boy!' And the name stuck, eventually becoming 'po boy'.

Branches of Killer Po Boys serve everything from traditional beef and dripping to shrimp and avocado.