The nearby gift shop is doing a roaring trade, churning out striped underpants and replica prison-issue toiletries bearing the tag line, 'don't drop the soap', all to a soundtrack of the pier's famous blubbery, barking sea lions. 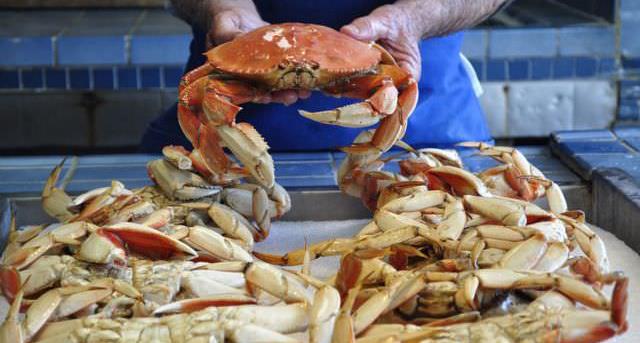 Fresh crabs are available to buy from vendors in Fisherman's Wharf

But the waterfront – with its many fresh crab restaurants – will soon look very different. The green-fingered team behind New York's urban High Line has now turned its attention to the Presidio – a beautiful, sprawling park overlooking the bay.

The tunnels burrowing through it will soon form the base of a spectacular, 14-acre park known as Tunnel Tops. When it opens in 2019, there will be beautiful views of the bay and meadows filled with fragrant wildflowers.

During 1967's Summer of Love, pier workers fought their way through crowds of garland-waving hippies who gathered here to shout about the Vietnam War.

Now, more than 50 years on, hipsters have replaced hippies in Haight-Ashbury. A handful of psychedelic shops filled with tie-dye are squeezed between boutiques and organic cafes.

The closest encounter I have with a possible hippy is when I crouch down to take a picture of an enormous rainbow-themed piece of street art and accidentally disturb a dreadlocked local dozing in a doorway. 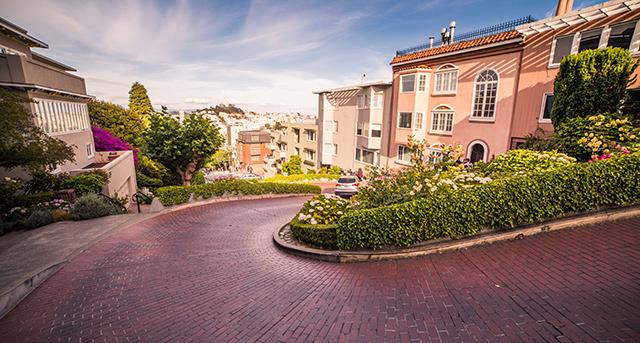 At Pork Store Cafe, a 40-year-old Haight Street institution famous for its huge breakfasts, I meet Amanda, a local, who tells me how the area's beautiful, Victorian, pastel-hued houses are being snapped up (and lovingly refurbished) by dotcom billionaires. She complains that prices have rocketed.

As I cycle towards the city centre, a smiling skateboarder shouts his encouragement and speeds past me – uphill. I realise his skateboard is battery-powered. I recall my chat with Amanda and wonder if it's Mark Zuckerberg or someone similar.

On the recommendation of a friend, I stop by Hotel Zetta in downtown San Francisco. Since last spring, it's been home to the world's first hotel-based virtual reality room. It's free to try – those in need of a moment of escapism (without the mind-altering drugs) can simply walk off the street into the padded room and slip on the headset.

I do so and find myself standing atop a shipwreck, one of several colourful worlds to be explored.

Neon fish swarm around me and when I turn around, I'm face-to-face with a huge, blinking whale. The next moment, I'm in a mountainous valley (apparently it's modelled on the landscape of Washington State). 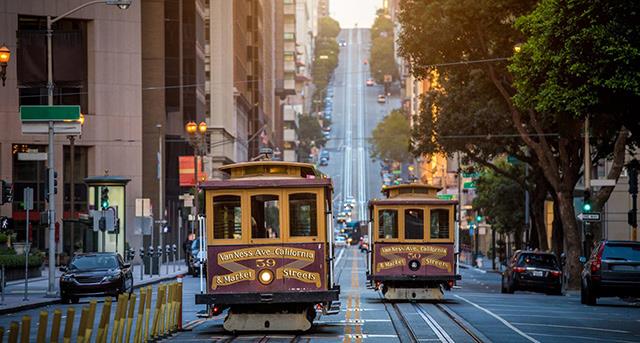 The cable car system is an icon of San Francisco

Despite being just metres away from the rumbling trams, I can wander to a cliff edge and peer into a valley so deep that my stomach flips.

On my final night, I check out China Live, one of the city's newest restaurants. The walls are lined with hand-painted tiles showing local landmarks, such as the Transamerica Pyramid.

I sit at one of the communal tables and try jellyfish for the first time (it's salty, rubbery and delicious) with a potent, dragon fruit tea-infused cocktail. 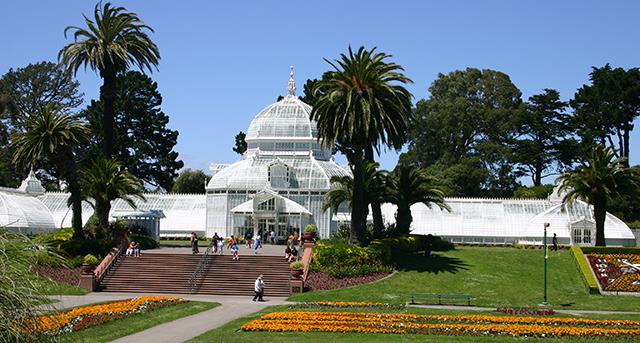 In a nearby park, Chinese women perform perfectly choreographed tai chi routines near students making the most of California's decision to legalise marijuana. Suddenly, that Summer of Love doesn't seem quite so far away.