A swashbuckling adventure in the Florida Keys

With a yo-ho-ho (not to mention a bottle of rum), Ruth Styles learns about bloodthirsty pirate Black Caesar - and how to tackle an alligator

A loud snapping sound came from behind a gnarled mangrove tree, its exposed roots twisting down into the waterway.

From my perch on a speedboat overlooking the jungle, it was impossible to see whether the source of the noise was a manatee (also known as the sea cow), a heron or, unnervingly, one of the many alligators living in Flamingo – the Florida Keys section of the Everglades.

'What do you do if an alligator attacks the boat?' I asked our captain, the beefy red-bearded Tim Arche who had just informed me we were in an area known locally as Crocodile Bay (the American crocodile, potentially dangerous to humans, is not very aggressive and attacks are rare - it co-exists with alligators in this region).

'You hold its mouth shut,' he advised. 'Alligators' mouths are weak. I can hold a twelve-footer's mouth shut with two fingers.' He added: 'Alligators are so slow, you can go right up to them and whack them on the head with a golf club if you want to.'

Having concluded I'd prefer the golf club option, 34-year-old Tim went on to regale us with tales of the area's other wildlife.

In Flamingo, the southern section of the 1.5million-acre Everglades National Park and the only part found in the Florida Keys, that means everything from manatees to herons as well as the sea cucumber (marine animals with leathery skin found on the seabed).

Along with the Dry Tortugas and the John Pennekamp State Park, Flamingo is one of three national parks found in America's southernmost landmass – and the only one to combine marine mammals with more landlubberly alligators. 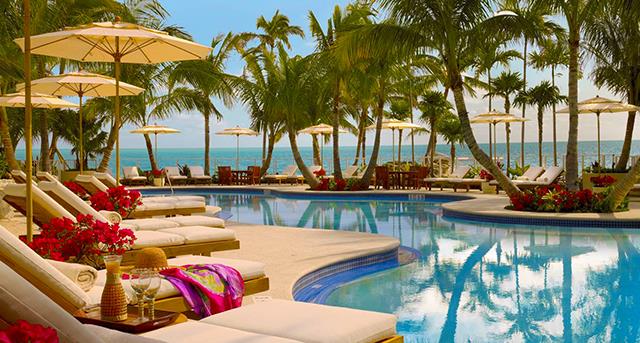 I was staying at Cheeca Lodge in Islamorada - the journey from nearby Bud n' Mary's Marina to the Everglades involved a bracing 40-minute speedboat ride. 'Doesn't matter where you sit, you're gonna get wet,' said Captain Tim as we boarded the Shrimp. He was right.

The hulking green mangroves were strikingly beautiful. Shoals of silver minnows flitted back and forth, while perched nearby and watching them beadily were white egrets and long-beaked herons.

Having been thwarted in our search for sea cows, we headed back to dry land - making a pit stop at the Caribbean Club which had, during the filming of Key Largo in 1948 film, been one of Humphrey Bogart's favourite hangouts.

Key West was once the home of Ernest Hemingway and his collection of six-toed cats. Playwright Tennessee Williams once holidayed in the Keys, as did poet Robert Frost and General Dwight D. Eisenhower. In 1961, President Kennedy brought Prime Minister Harold Wilson to visit.

In much earlier times a motley collection of adventurers and, in some cases, pirates once ruled the waves here. One such was Black Caesar, originally from West Africa, who began his career raiding shipping out of Key West before graduating to the Queen Anne's Revenge – the flagship of Captain Blackbeard, with whom he amassed huge amounts of treasure.

He also amassed a harem and billeted his women on Elliott Key, one of the most northerly islands and the outer edge of the John Pennekamp Marine Park - better known now for pristine reefs and glass-bottom boat tours. 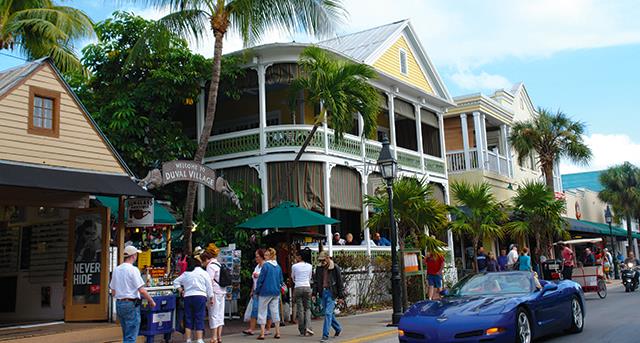 Further south, in Key West itself, locals once made millions from wrecking - particularly Spanish treasure ships including the huge Nuestra Senora de Atocha.

At the Shipwreck Museum I saw everything from rusty pieces of eight to a 'cursed' silver ingot and a case of London mustard. The building has a tower with glorious views of the town and Sunset Key.

Just as pretty is the rest of Key West; a confection of pastel-coloured wooden houses, tourist stalls, fish restaurants and the distillery Key West Legal Rum.

Last of the national parks to visit was the Dry Tortugas - reached by either a short sea plane trip or, in my case, a two-hour ferry journey.

The Dry Tortugas have abundant bird and marine life. Spread across seven coral atolls, the main one is home to the abandoned Fort Jefferson, a hulking red brick edifice where Dr Samuel Mudd was imprisoned after being convicted of treason following the assassination of President Abraham Lincoln. 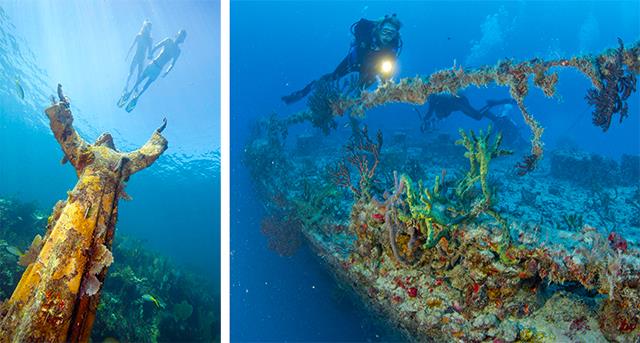 Floating above the pristine reefs of the John Pennekamp Marine Park

The greatest sights were out on the surrounding reef. Floating above it with snorkel in place, I could see beds of seagrass – a favourite with sea turtles – as well as shoals of transparent minnows.

They also, I was told, hid Carlos the Crocodile, washed out to the Tortugas a decade ago following a hurricane.

'He never bothers anyone,' insisted a ranger. 'They don't until they get to 10 feet or bigger.' And how big is Carlos? 'Erm, well, he's about nine and a half feet now,' came the reply.