The splendour of scenery and wildlife is cherished on these idyllic islands, as Mary Lussiana reports

An earthly paradise was how boatswain Thomas Jones described the Seychelles when, in 1609, the British merchant ship Ascension was separated from its fleet by a storm and dropped anchor in Mahé.

And ship's agent John Jourdain, who was sent out by the East India Company, wrote in the first known description of the islands: 'It is a very good refreshing place for wood, water, coker nuts, fish and fowle, without any fear or danger ...'

Some 400 years later, the same can still be said. It boasts some of the world's best beaches and most diverse wildlife. 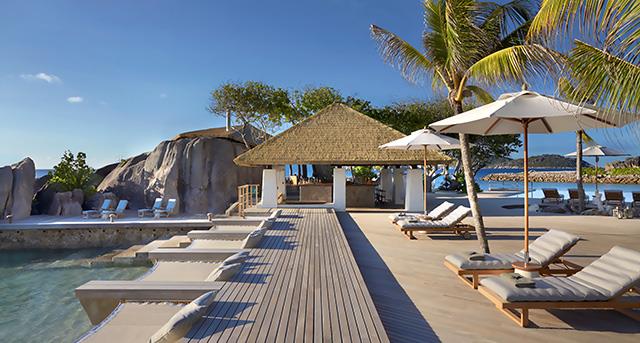 Koko Bar: Sit back and enjoy a delicious cocktail beside the pool at the Six Senses

NATURE’S BEST
The hotels are wonderful, but these islands never forget that the top selling point is still the fresh, natural splendour that first caught Thomas Jones's eye
It is all about the destination here, says Edouard Grosmangin - even though, as manager of the new Six Senses Zil Pasyon resort, he is justly proud of his hotel.

This ethos of cherishing nature is echoed everywhere on the heavily-forested Félicité Island, where Six Senses opened recently. Its 30 villas slope towards the blue ocean, perfectly poised to catch the sunrise. 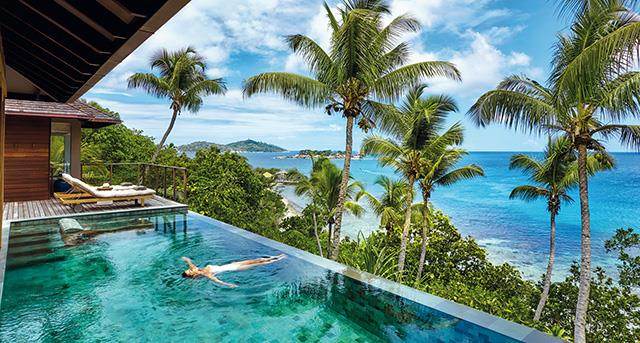 Swim in your own pool at one of the two bedroomed pool villas...bliss!

PURE TRANQUILITY
The beaches have just a few hammocks swinging lazily in the breeze - and of course, perhaps a hawksbill turtle or two coming to lay their eggs.

The hotel doesn't compete with nature, rather it allows you to stare at the ripe mangoes and emerald green lizards from your bathtub or bed.

There are no room service charges (try the coconut pancakes with lime syrup and mango compote at breakfast). It is also within easy reach of other islands, which you can explore.

Twenty minutes away is Praslin, the second largest island in the archipelago, where the Unesco World Heritage Site of Vallée de Mai was mistaken for the Garden of Eden by British General Charles Gordon in 1881. He thought the suggestive seed of the Coco de Mer palm, the largest seed in the world, must be the forbidden fruit. 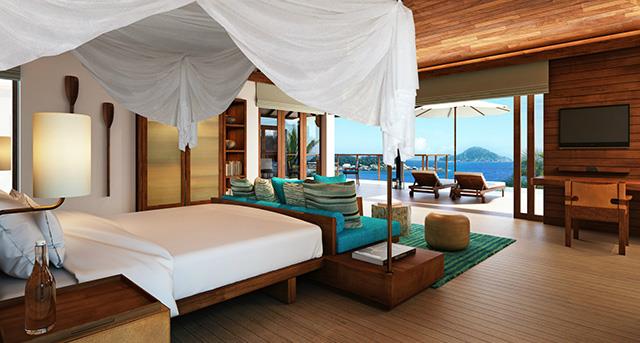 A beautiful view from one of the bedrooms at Six Senses

Praslin is also famed for its soft white sand. Anse Lazio, on the island's north edge, is considered by many to be the best beach in world.

Admire it from a seat at restaurant Bonbon Plume, where under thatched umbrellas you can eat octopus curry.

A MINI CYLCE TOUR
On another day, we bicycled around La Digue, a slow-paced island opposite Félicité, where not long ago the only mode of transport was ox cart.

We passed vanilla plantations and takamaka trees (also the name of the local rum) and swam off the beach of Anse Source d'Argent. The water is translucent and two dogs chased large fish in the shallows. Needless to say, this quarry is too nimble for their clumsy paws. Along the shoreline, giant granite boulders add structural beauty. 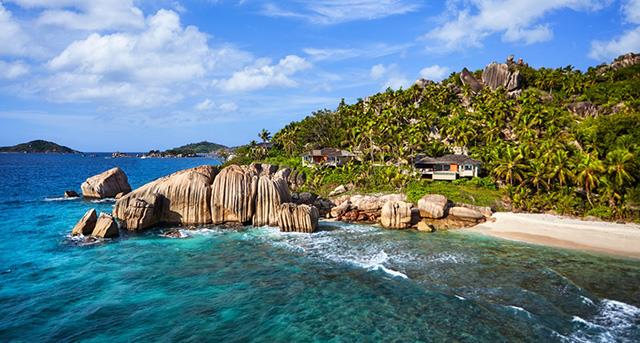 You're right amongst nature at the pool villas

MORE ACTIVITIES
You can kayak across the ocean to the Île Cocos, part of the Marine National Park, where snorkelling reveals powder blue surgeonfish, Moorish idols, parrotfish and the striking oriental sweetlips, with black and yellow stripes and dots that could grace a catwalk.

Other islands in the archipelago include North Island, where William and Kate honeymooned, and Frégate, the luxury eco-resort where celebrities arrive by helicopter.

There are plenty of fish to be spotted on the corals around Félicité, but it's also worth heading inland to see the trees.

TAKING CARE OF WILDLIFE
South African Steve Hill, the resident permaculturist, who eradicated rats and introduced tortoises to the island, has been here for nearly nine years.

He has supervised the removal, across hundreds of acres, of the coco plum, which strangled many native species. In its place he planted indigenous trees and shrubs to encourage birds such as the Seychelles white-eye and fody. As we walk around avocado and mango trees, stop under the shade of the takamaka — and look at the fruit of the bigarade — Steve gives his vision for the island's future.

Commitment to preservation comes from the top, and is on the school curriculum. Steve believes Félicité can be the Seychelles' bio-diversity hotspot. Here, nature is the star of the show.