Honeymoon heaven? Maybe, but it's paradise for kids too

The idea of taking two small children to the Maldives is not something anyone of sound mind would usually entertain. The Maldives is a honeymoon destination, right?

The 26 atolls are renowned for their serenity… I'd been promised that the LUX* South Ari Atoll was different. Beloved of hand-holding couples but also child and eco-friendly, with a marine biology programme.

But on the flight, with husband Kenton, four-year-old Rafe and Allegra, eight, I was still questioning my decision to head there as a family.

On arrival there followed a 25-minute seaplane hop to our final destination. 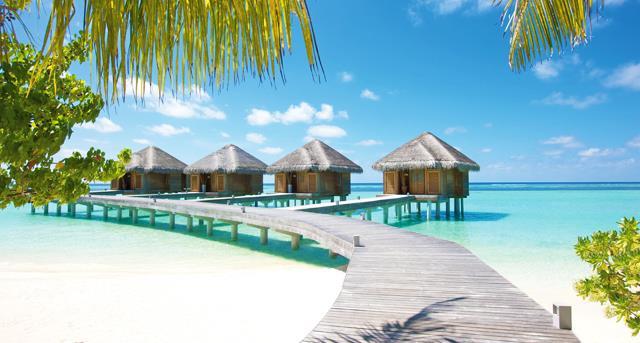 South Ari Atoll is a big island resort by Maldivian standards. There are just over 190 villas and suites (either on stilts or nestled along the beach), nine bars and restaurants, a delicious ice-cream parlour, two pools, and countless watersports. But their ethos is to be a bit different from the usual family-orientated resort.

It is full of little secrets and surprises, such as a bright red phone box where you can call home for free, or the open-air photo-booth where my children amused themselves for hours by pulling funny faces at the camera.

There were messages in bottles hidden all over the hotel every morning, offering the lucky finder free pizza or bottle of wine. And a bar that popped up in various palm-fringed coves, where you could help yourself to a cocktail or three.

There were fresh coconut stalls, and stashes of chopped fruit here and piles of nuts there. In short, the walk to breakfast was fun. There was no better way to motivate Rafe to make the ten-minute walk down the beach each day for his boiled egg and soldiers than the prospect of finding a hidden treat along the way.

South Ari Atoll knows how to cater for children: there's a kids' pool, films on the beach, a kids' club with arts and crafts, and, best of all, the marine biology centre run by Italian powerhouse Francesca.

My daughter became rather obsessed with Francesca, a gorgeous polyglot, with a degree in marine biology and a passion for whale sharks with which she managed to enthuse everyone.

The resort has a major whale shark-spotting area on its doorstep, and Francesca and the rest of the marine centre staff photograph and monitor these gentle giants (they can grow to 40ft and weigh 21 tons) as part of a global preservation plan. 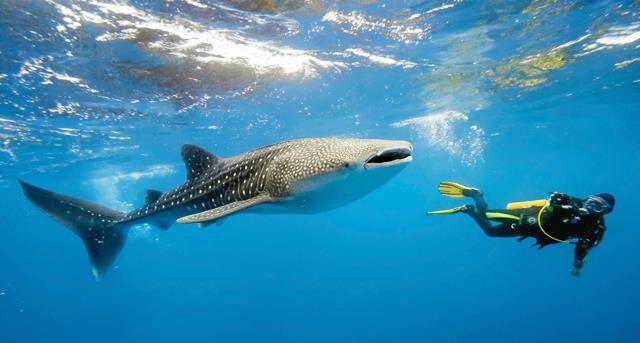 We spent most of our week on, or in, the water, either swimming in the crystal-clear ocean, snorkelling, or sailing. One evening, instead of going to watch stingrays being fed outside the Umami sushi restaurant, we fished for our supper. As a storm came in and the rain lashed down, the children became all the more determined to land any sort of catch - but to no avail.

Fortunately, some Japanese tourists who came with us caught plenty so gave us some of theirs. And what a delicious meal it made. There's nothing more glamorous than having your chef barbecue freshly caught fish while you sip a glass of rosé.

The best was yet to come. On our last day we went sailing on the resort's catamaran and we were joined by 30 or so over-excited dolphins that showed off their swimming skills for at least half an hour, much to Allegra's delight.

Just then the call went out from Dolores, from the marine centre: 'A whale shark! Over the starboard deck.' There was a mad scramble for masks and snorkels before we all threw ourselves over the side.

By a stroke of luck, as everyone else was swept in the wrong direction, I landed within a few feet of the whale shark's head.

Dark grey and the size of six London buses, it was one of the most beautiful, serene and impressive animals I have ever seen. For ten minutes we swam side by side, one of its large soulful eyes staring at me, and me staring right back. It was a heart-stopping, privileged moment I will never forget.

The hotel food was delicious, particularly the Umami sushi. However, it was the ice-cream parlour ICI that drove my children wild - choc, double choc, or choc with extra choc delight. There were marshmallows and sprinkles and Smarties to throw over the top. It was as if Willy Wonka himself had set up shop. 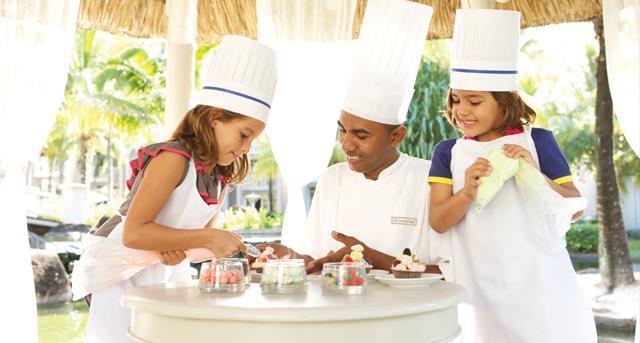 On that final day, as we stood on the jetty with our bags packed waiting for the seaplane, I did feel a terrible twinge of jealousy as a group of new guests arrived for their week of delights, while ours was over.

Whoever suggests the Maldives is not for families doesn't know what they are talking about - ask my children, one of whom came home a stingray-feeding pirate, while the other discovered she is actually a marine biologist.