Based on 9591 reviews on Trustpilot

What 5952 DialAFlight clients thought of Australia

Great service from Thomas particularly when flights were cancelled and had to be rearranged.

Great advice to leave two hours between planes, we were glad of it. As ever, great phone support. A dependable partner for our travel plans.

As always a premier service from a premier company. Everything went smoothly, no hold ups no hiccups and a comfortable flight throughout.

We have been using your firm for our travel requirements since 2009 and have always been extremely satisfied with your performance. We always use the same contact. Robert provides excellent service and goes out of his way to help. They feel more like friends than business contacts.

I’m grateful to Noah for working so hard over the last two years to finally get me back to Australia with Qatar Airways. It’s currently the best airline as far as I’m concerned. Brilliant

Everything went smoothly and I really appreciated the visa, Covid and other guidance provided to prepare from my trip.

We always had first class help from Glen

Roger was extremely helpful, kept us informed at all stages of flight cancellations and was knowledgeable about vaccination requirements for each country

Dealing with DialAFlight your tickets might cost slightly more than booking directly yourself. But the advantage is that you have a phone number that is answered almost immediately, speak to a human, no jingly music whilst you are put on hold, and any problems, queries or hitches, in my experience, are sorted for you.

Well done, great job. Will be in touch soon for next year.

All 4 flights with Emirates were excellent . I was very impressed with premium economy

I feel so comfortable and happy with your service provided by Orlando. Many thanks till the next time

We dealt with Niall for our trip to Australia. He is kind, professional and extremely patient. Would highly recommend.

Will certainly use you again

We were happy with DialAFlight staff who helped us through out our journey. So thank you.

We have used DAF exclusively for many years whenever we need a flight. The care, attention and backup given during the buying process and whilst away are amazing. I felt as if Les was my best friend which was very reassuring particularly with the added worries of covid.

Have dealt with Robert each time we have booked for Australia. It has been cancelled due to covid one way or another. Never had a problem getting money back, he has been spot on. Wouldn’t hesitate to recommend

I would llike to thank Philip for his patience regarding the many changes we had to make to our booking.

We’ve used DialAFlight on many occasions and will continue to do so, excellent service every time.

Despite all the covid regulations for Singapore and Australia everything went like clockwork. The service provided by Ashley was exemplary

Thank you so much for your help getting to Australia and sorting out all the flight changes. Personal service much appreciated.

A favourite haunt with Britons relocating Down Under, this lovely city with its Mediterranean climate is home to one of the world's most prestigious art and culture festivals.

Which is how I came to find myself  blindfolded in a theatre being accosted by a group of young Belgians - all in the cause of cutting edge drama at the Adelaide Festival. 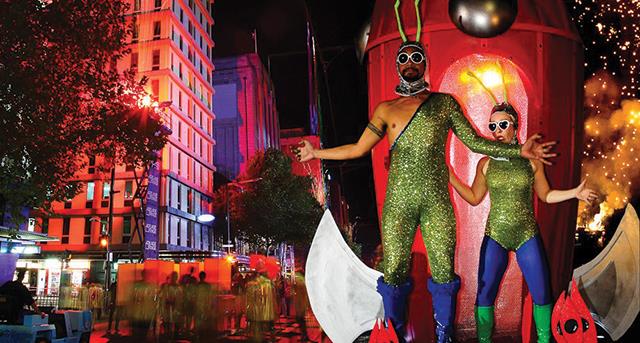 As well as the festival this South Australian city boasts entertainment such as the Adelaide Fringe, the WOMADelaide world music concerts and the Adelaide 500 road-racing extravaganza.

At the festival’s writers’ week, Booker Prize winner Thomas Keneally, author of Schindler's Ark, explained why the jewel of the south has been attracting him since his first appearance at the festival in 1968.

'It's a beautiful place,' he told me. 'It has this wonderful dry heat and the citizens exist among a torrent of wine, flowing out of the Barossa Valley and out of the McLaren Vale.

'Foreign writers love this because it's so warm in the middle of the northern European winter. It's hard to move in my hotel without tripping over some great British novelist or biographer.' 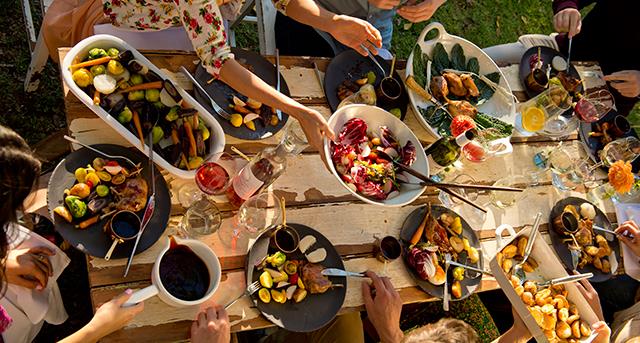 The area is also the country's grape capital, bursting with boutique wine makers, but the giant Jacob's Creek dominates.

I’m treated to a wine master class by Jacob's Creek expert Sacha Bown. The Sensory Experience is billed as an interactive workshop that helps increase your knowledge and enjoyment of the complexities of wine. As a complete wine novice, that isn’t hard. It’s great fun putting my smell and taste to the test with a strange tray of treats, from petrol-scented balls to a strawberry dipped in black pepper.

After a delicious lunch on the balcony of the Creek’s award-winning restaurant, I whizz off to Penfolds winery.

The ‘make your own blend’ experience makes you feel like a winemaker for an hour. It involves mixing three different types of wine in an oversized test tube - you also consume far more wine than you realise.

The Barossa may get the lion’s share of tourist attention but one of South Australia’s other wine regions, the McLaren Vale is a hidden treat.

Ben Neville, who set up his own tour company  after leaving the corporate rat race in London, showed me the secrets of the Vale.

Ben is beyond passionate about the area – while providing a rip-roaring four-wheel drive adventure starting with a quick ‘snack’ in the middle of the bush.

A snack involves a table, chairs, gingham tablecloth, china plates, champagne, a view of untouched bush that’s to die for – and an array of mouthwatering canapés freshly prepared that morning by his friend, chef Nigel Rich. 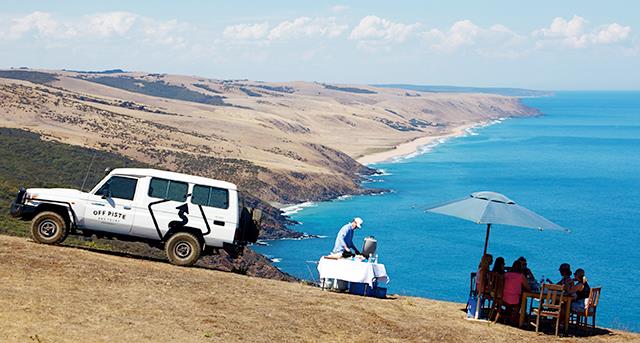 We hop back on the vehicles and cruise through Yankalilla and Onkaparinga districts via superb off-road tracks offering vistas across the Fleurieu Peninsula.

We even speed along the mesmeric Silver Sands beach before lunch on a secluded hilltop encapsulated by some (more) breathtaking scenery. Sandwiches on a picnic blanket?

No. Chef Nigel, who trained in some of London's top hotels before setting up his restaurant, The Elbow Room, in McLaren Vale (and, incidentally, whose English mother went to school with Margaret Thatcher) is cooking up a surprise.

The feast is being prepared on the back of his ‘ute’, before being smoked with a curious gadget and some apple chips. It is complemented by wine served by Thomas O’Donnell, who works at the nearby Samuel’s Gorge vineyard.

And in case I was in any doubt about how laid back these people are about their fine product, the owner of Samuel’s Gorge, Justin McNamee sets me straight.

'In the McLaren Vale, we're not in a hurry and never have been to tell the world we are the best.

'I think because we don't overtly jam it down people’s throats, when people actually finally discover it, they go "holy bloody Nelly". And when you drink great wine here and then you go to the beach and you see great art, and then you see the sunset - people are forever saying "I don't want to leave".'