What 895 DialAFlight clients thought of Italy

We found Hotel Mascagni in Rome near the Rome Termini train station an excellent recommendation. Would stay there again

Take me back to ravishing Tuscany - it's my dream destination, says Mark Palmer

Here's a game to play on the plane. You have one last holiday and it's for a month. It won't cost you a thing but you have to go somewhere you've been before. That honeymoon hotel in Sri Lanka might loom large, perhaps the beach resort in Jamaica would be perfect, or the heavenly spot in the Maldives could do the trick.

My wife and I play the game on the way home from Tuscany - and are hard-pressed to think beyond the place we've just left. We stayed at the Castello di Casole hotel, a ravishing hill-top converted castle within striking distance of Siena, San Gimignano and Florence. In other words, culture of the highest order on your doorstep, where going nowhere at all is also a tantalising option. 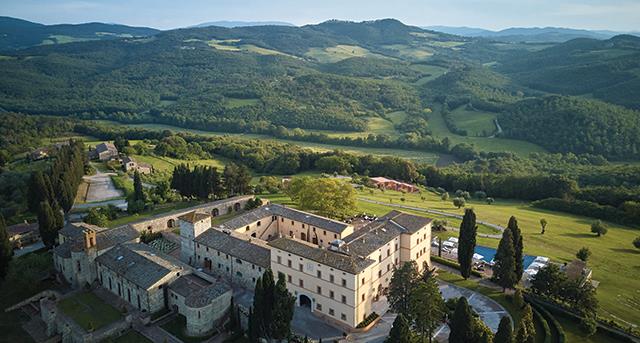 With far-reaching views of the beautiful Tuscan landscape, Castello di Casole is a dream location

Many of the tracks you can see from the castle's terrace - with its fabulous infinity swimming pool and huge terracotta pots laden with olive trees - lead to villas that are part of the hotel's 4,200-acre estate, now owned and run by Belmond.

An American firm acquired it in 2005 and set about a massive restoration.

There are 41 suites (plus a two-storey penthouse) in the main building and dotted about what amounts to a private hamlet, with its own church and crypt built by the Bargagli family in the 19th century. The spa is in the granary, with treatment rooms in the former cellars. At one time, the castle was owned by Italian director Luchino Visconti (Death In Venice). Perhaps he, like us, spent hours staring into the distance - front row seats in the Ritzy Naturale.

It's truly special at night, when the main courtyard becomes a village square, complete with fountain, stone benches and al fresco dining. Children play hide and seek while their parents pile plates with some of the best cooking in the region. 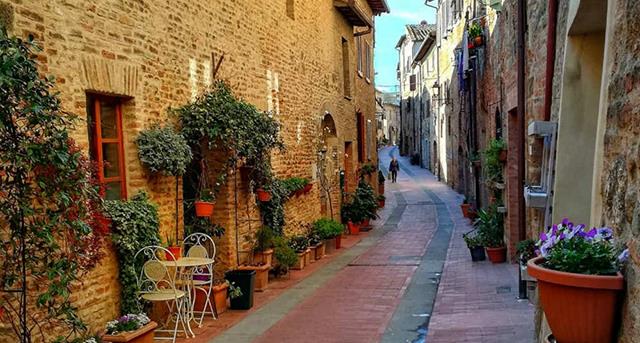 Typical narrow street in the sleepy town of Casole d'Elsa

What you forget about Tuscany is that the Etruscans were here long before the Romans. Hence the exquisite hilltop towns that once were fortresses designed to repel outsiders and are now communities keen to welcome visitors armed with euros.

On our second night, we ask the concierge to book us dinner somewhere cheap and cheerful nearby. He chooses Osteria del Borgo in the tiny village of Mensano, which, as it happens, we could see from our room.

Slow-cooked wild boar is the speciality here, but it's the sort of restaurant where you let the waiter (in this case the brother of the chef) decide what you should eat. A triumph. 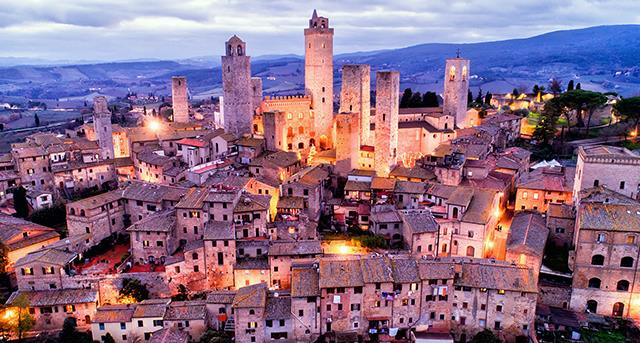 We visited the dramatic hilltop town of San Gimignano, with its skyline of medieval towers, including the stone Torre Grossa and the 12th century Duomo di San Gimignano with famous frescoes by Ghirlandaio. But be warned, the walled town is one of Tuscany's biggest draws and it can get extremely busy - it's well worth a visit but try to avoid peak times. The priority of those medieval town planners wasn't car parking spaces.

We enjoyed a venture to beautiful Arezzo, where on the first Sunday of the month, the town centre becomes one huge antiques market. We buy a heavy marble font that raises eyebrows as we check in for the flight home at Pisa airport. 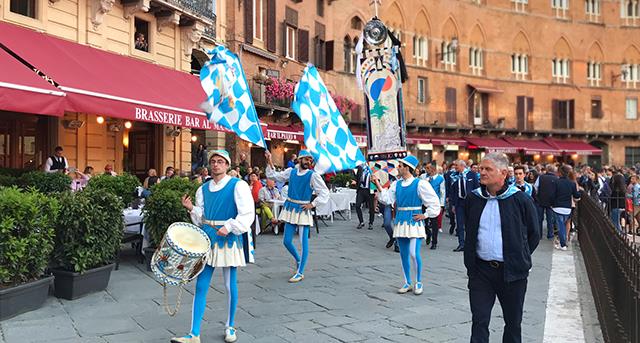 Most of all, we love sleepy Casole d'Elsa, which you can also see from the hotel. It has a butcher and grocer - and manages a perfect balance between visitors and full-time residents.

What strikes us about Tuscany in peak season is how if you avoid the superstar towns, there's space for everyone and, with fierce planning laws governing development, it's remarkably unspoilt.