Very professional service - Harry went out of his way to accommodate us (even staying after normal working hours while waiting on flight confirmation). He also frequently emailed with reminders of check-in times etc

Abi was excellent, will highly recommend her

As always, reliable, friendly and helpful. Simply the best!

Very helpful and peace of mind that someone would be at the end of the line if there were any issues.

I probably paid more than necessary for the car hire as we asked for a small car and got a large one! Or maybe a we got an upgrade? Everything else was excellent. Well done

Marco Verner and his team produced another excellent adventure in South Africa. Travelling the Garden Route and finishing with a wonderful safari. All the accommodation was first rate

It's great to have someone on the phone and to confirm if the flight times have changed at all. Using DialAFlight is very competitive financially and gives me peace of mind.

Peter is very good when it comes to booking my flights. He is always pleasant and willing to help accommodate me.

Never use the cheapest car hire with Avis again. The Renault sqwd was totally underpowered and the AC almost useless. Everything else OK

Although DialAFlight always exceeds expectations we will never use Lufthansa again. Cancellations with no reason, delayed flights, rude or non existent airport staff - Frankfurt the absolute worst and we are still waiting for an update on our delayed baggage

Very helpful staff and excellent service from day one.

Thank you to Aidan Pinder for reallocating my flights so smoothly.

Grant and his team were excellent from start to finish.

Glen Blackburn was fantastic. He helped us secure a gluten free meal for the flight and gave some really helpful tips about places to see in and around Cape Town. Friendly and confident service the whole way through.

Callum was as amazing as ever

Always there and always excellent!

Excellent and friendly service. Definitely use again. Dylan was a star

We would like to express our thanks once again to Sebastian Patel for his time, care, patience and understanding shown to us throughout the many months/years preceding this recent trip which was enjoyed by us and more importantly by our daughter and family who joined us.

We have been booking our holidays with DialAFlight for nearly 20 years and more recently with Callum. He is always super helpful and finds the best package to suit our needs

Best thing was individual service we received from Marie

I’ve been booking my trips to South Africa through DialAFlight for many years and always had great service. Amy is brilliant

Such a pleasure to not have to stress and the feeling of being supported is a really good experience. Thank you very much Greg and team for seamless organisation.

Can’t thank Gerry enough for putting our package together. He's helped before but this surpassed all expectations.

South Africa's Garden Route may not be the longest of the world's famous drives - but none are more scenic than the 190 miles between Mossel Bay in the Western Cape to Storms River in the Eastern Cape.

After touching down in Port Elizabeth, we drove to our first stop - the 61,000-acre Shamwari Game Reserve, which focuses on conservation sustained through tourism. The day starts at 5am at Shamwari, with a morning drive to spot any animals that might still be active from the night before. 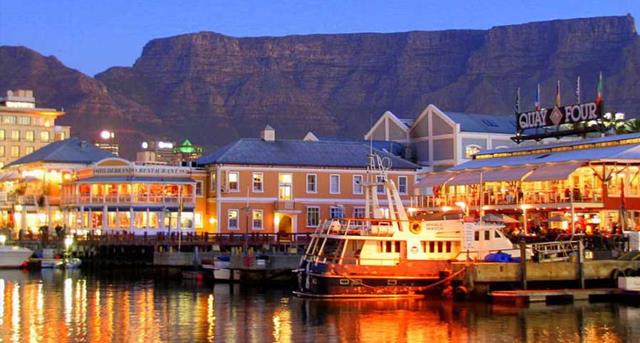 We were delighted to see a leopard and lion on our first drive, and during the course of our stay, our ranger was able to sniff out the Big 5 - lion, leopard, rhinoceros, elephant and buffalo - with ease.

When you're not out searching for animals, the tented lodges provide luxury, each containing a plunge pool, wood-burning stove and indoor and outdoor showers.

Though the early start is a shock, the safari schedule does allow for lunches and dinners, and a welcome sundowner on the final drive of the day.

Observing the animals at close hand was a moving experience. Seeing the elephant herd was particularly memorable, with two baby elephants playing among the bushes. We were also lucky enough to see a pride of lions on our night drive. 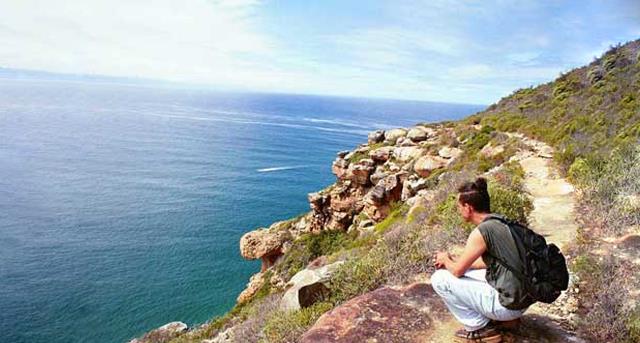 After three nights it was time to move to our next destination. We drove for three hours to Plettenberg Bay, a seaside town with fine restaurants and outdoor activities. We stayed at the extremely comfortable tenroom Lairds Lodge.

Next day we hiked along the Robberg Peninsula. The national park provides three routes, depending on your fitness levels.

Plettenberg has a good selection of fish restaurants and our favourite was Fat Fish, which had great sushi and local specialities.

Our journey continued to the wine region around Franschhoek. This area became a wine-making centre following the arrival of French Huguenots and vineyards dot the landscape as far as you can see.

The French influence is notable, particularly when it comes to food. We stayed at La Petite Ferme, a restaurant with rooms. Our suite looked out over the valley and it was a treat each morning just to draw back the curtains.

One of the most enjoyable ways to experience the different estates is to take the wine tram. Each vineyard offers a generous sampling selection and you can buy cheese or snacks at most of them.

In the hills of Franschhoek, Mont Rochelle is a great place to walk off those calories.

We ate dinner at a new Indian restaurant called Marigold, which was one of my favourite meals of the trip. It was paired with craft beer from a nearby micro-brewery. 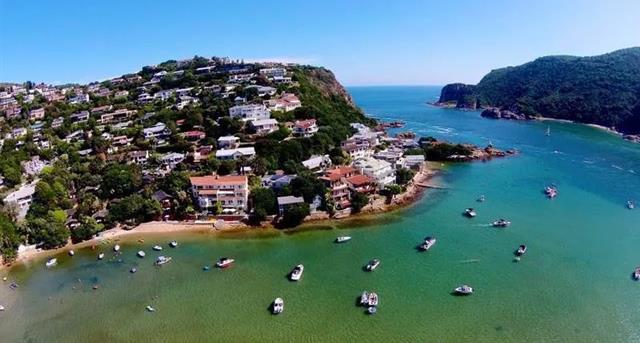 The beautiful town of Knysna is a must-see

We ended our South African adventure with a stay in Cape Town. The natural setting is unforgettable with Table Mountain overlooking a long stretch of coastline. Our hotel was on the Victoria & Alfred Waterfront – a great base from which to explore.

Table Mountain had to be experienced (by cable car not climbing!) - and we gazed out from the flat summit alongside a group of dassies. They look like giant hamsters, but in fact are closely related to elephants. How can that be?

Robben Island is another mustsee. The former jail provides an emotional insight into apartheid and the struggle political prisoners faced. It's possible to see the cell of the most famous inmate, Nelson Mandela.

Back in the city, the District 6 museum also highlights the cruelty of apartheid. 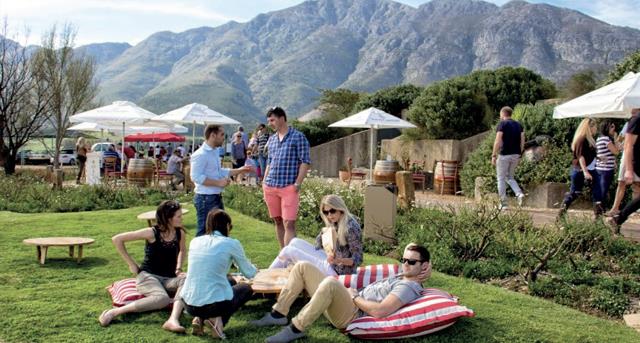 While modern-day Cape Town recognises the hardships of its past, it is also a confident city. There is world-class food and wine to savour and two favourites were the Chefs Warehouse and the Pot Luck Club, which has 360-degree views of Cape Town (and the best fish sliders).

For dinner with a view, Dash on the V&A Waterfront is hard to beat. As we strolled back to our hotel by the waterfront, we reflected on two incredible weeks spent exploring South Africa. Like the dassies lying on the top of Table Mountain, we'd basked in the warmth of South African culture.