Fantastic service from Ryan as usual - already booked next holiday with DialAFlight and looking forward to more.

Really liked the follow up calls and check in's before departure. The App is fantastic, used it every day while I was away and regularly leading up to the trip.

Malcolm was great and extremely helpful with all my questions.

Would like to thank Curtis for all his help. Very professional

All documentation arrived 2 weeks before departure. Phone call to check all was in order 5 days before and to call if any problems while away. Service excellent.

Excellent service from start to finish.. always available to contact and would certainly recommend. A big thank you to Paul

Amazing service by Harriet Hall and her team! Had the most awesome holiday with ease and peace of mind thanks to them. Loved every minute. Thoroughly recommend!

As usual Gino was super efficient and extremely friendly. He is always a pleasure to deal with.

Darryl was a pleasure to deal with. He met all my needs and offered a variety of options to ensure I had the best trip possible.

Stan is a credit to your company

Jonathan is an absolutely fantastic travel agent. He’s taken care of my holidays for the last 5 years and every one of them has been spot on. I highly recommend DialAFlight for all your holiday requirements.

Samuel is the best

Such a personal, caring and efficient service. We will always use you. Thanks to Harry for his attentiveness and patience.

Nicole always comes up with just what we want. Thank you once again

Great service thank you. I will definitely use your company again

Always delightful and helpful staff on the end of the phone. Been using you for at least 15 years and always recommend you to everyone. Usually Kelly and team!

Thank you Samuel - you always go above and beyond when I book my holidays with you!

Tyler was excellent. We booked a group holiday and he was extremely patient. A great choice of hotel which was amazing. He made the process very seamless and I definitely would highly recommend him for his outstanding and efficient customer service.

Arthur did a great job as usual

Thank you for patiently rescheduling my flight four or five times because of Covid, and for answering my questions. You are amazing!

Ajman is the tiniest emirate of all - and Jeremy Lazell found its laid-back attractions are quiet, peaceful and less expensive than Dubai

It could well be the emirate of which you've never heard. It's not far down the coast from Dubai - but in many other ways it's a world away.

Ajman is the smallest emirate (it's about two-thirds the size of the Isle of Wight) but has some wonderful attractions - lovely natural beaches among them. A handful of five-star hotels are dotted along its ten-mile coastline - and an increasing number of Brits are attracted here for a sunshine holiday that is both quieter and cheaper than the glitzier side of the Emirates. And believe it or not, its most popular attraction is a dusty museum. 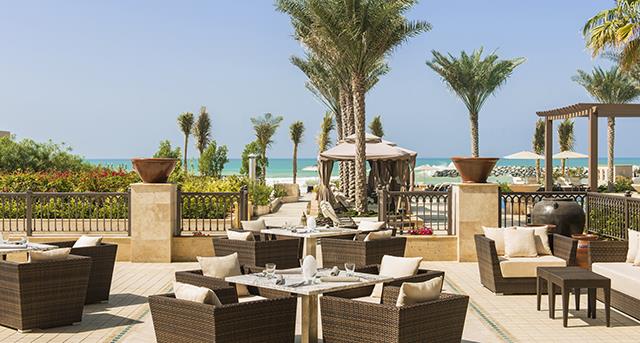 Breakfast on the beach at the Ajman Saray hotel

I checked in at the five-star Ajman Saray, a Marriott hotel, which is right on the beach and boasts a spa, two pools, four excellent restaurants and rooms staring out to sea.

Dubai's glitz is on the doorstep
The top hotels here have free shuttles throughout the day to and from central Dubai 30 minutes down the coast, so all aspects of the Gulf are available - but at a very attractive price as far as luxury accommodation is concerned.

Ajman's beaches are white sand and shelve into warm water all-year round. The weather is bankably balmy – even December temperatures are about 20C.

Its malls aren't a match for the Gulf's glitziest, and its souks are not olde worlde, but it's friendly and laid-back.

When I go for a jog along the corniche, a one-mile seafront promenade buzzing with juice bars and falafel joints, a group of locals draw me into their game of beach football, then invite me for a juice afterwards. At the entrance to the creek, I haggle for a shimmering mackerel at the fish market and have it grilled over a barbecue on the quay. 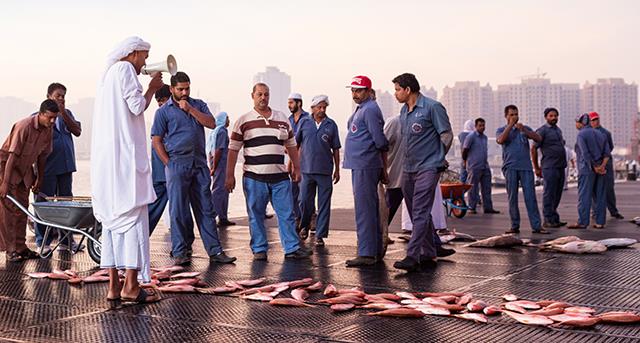 Ajman's public fish market at the entrance to the creek, where local fisherman ply their trade

I get chatting to my Yemeni mackerel-griller, Mubarak, and his mates, who ply me with enamel-dissolving coffee and photos of their kids. 'Why did you move to Ajman?'I ask him. He gestures to the sea and the sinking sun, and shakes his head in the international language for 'Why do you think?'
'It is a relaxed place, friendly,' he tells me. 'Not crazy modern,' his friend says.

Not crazy modern, perhaps, but it's getting there – at least if Al Zorah is anything to go by. Wedged between mangrove and beach, it's a 1,300-acre villa, hotel and leisure development in high-end isolation across the creek from downtown Ajman.

Much of it is still under construction, but there's a wakeboarding park, a golf course designed by the Nicklaus group and a sleek new Oberoi hotel (with a 280ft infinity pool) that combines concrete and glass design with Italian textiles and Arabian antiques.

The beach here is long, white and empty, with a wild feel.

Wildlife in abundance
Better still, Al Zorah borders a 250-acre mangrove reserve, where I recommend doing the two-hour kayak tour in search of the 60 or so bird species that shelter here. At one point, a flock of flamingos blaze past in a fiery crimson flyby; later, as we paddle below twisting branches, a rare collared kingfisher zips past in the late-afternoon sun. 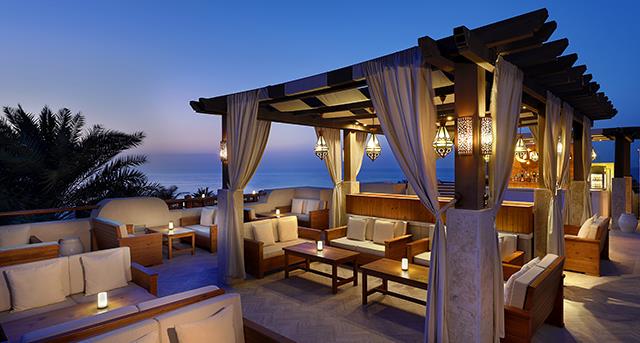 That evening, on a sunset dhow cruise on the same creek, my guide recounts Ajman's pearl-diving past, then opens an oyster and finds one inside. 'Keep it,' he tells me. 'Ajman welcomes you.'

In the end, I even fall for that dusty museum. For one thing, it's housed in an 18th-century fort, the oldest building in Ajman and home until 1970 to the emirate's royal family; for another, it has some fascinating exhibits, including an ancient Koran and Ajman's first car (a 1940s Land Rover owned by the current sheikh's father). But it's my guide, Tariq, who really swings it, clucking at the exhibits as if they were his grandchildren.

'I really love it,' he says, leading me through ancient teak doors into the oldest working barjeel, or wind tower, in the UAE. We linger, fanned by the cool air from the vents above. It is a moment of ancient, mesmerising peace. 'Wonderful,' Tariq whispers. 'Wonderful.'