What 2112 DialAFlight clients thought of Dubai

I want to say a MASSIVE thank you to your team! Especially Aidan who has absolutely blown us away with his customer service and for going above and beyond to ensure we landed safely during this difficult time. Last week my partner and I were stuck in Dubai with my Granddad, Dad and Auntie all in hospital extremely ill with Covid. I couldn’t get a flight back to the UK however Aidan managed to sort it for us with absolutely no stress at all! This level of customer care during this extremely stressful time has meant the absolute world to us, and we cannot thank you enough. I have recommended you guys to multiple family / friends/ clients and I will continue to do so!

Abbie is an absolute star

I cannot believe the level of service you offer. From the initial booking to the issues due to Covid you have been outstanding. From dealing with Rudy, Mark or Marco I literally couldn’t fault you or thank you enough. I’ll be coming back for any future trips as well as any business trips.

On the ball with everything. Very competitive prices and kept us informed with frequent updates.

Another fantastic trip. Had to make a few amendments due to family reasons but Ryan was on the case and sorted at the drop of a hat.

Excellent service from Zac as usual

Helen very helpful as always - there to help and advise. Would recommend highly

Thank you to all the staff at DialAFlight for making our family holiday even better than we could have expected.

Outstanding service and I will certainly recommend

From booking and throughout the whole process we found your representatives to be positive, friendly, supportive and knowledgeable. We will never hesitate to use you again and indeed to recommend DialAFlight to friends and family. Thank you so much

Kylie is brilliant. Always there to help and nothing is too much trouble for her. Big thanks!

Only hitch was diversion of return flight to Munich which was hardly your fault! Reminders very useful.

Once again Simon and his team came up trumps. During a very unsettled time, Simon kept us updated and was in touch regularly to make sure we knew about any changes re covid. His recommendations for both flights and hotel were spot on. We wouldn't go anywhere else to book a holiday especially at the moment!!

Another amazing holiday, thank you

Sarah was amazing. So, so helpful right up to departure.

Orlando is amazing and has been our travel agent for many years now. Can not imagine booking holidays or flights anywhere else.

Tommy, who arranged the trip, was 1st Class,

From the initial contact to during the holiday when we wanted to make changes someone was always available, helpful, professional and went the extra mile. Would thoroughly recommend.

Dominic and Marco are truly superb. Nothing is too difficult. They are courteous, diligent and a credit to your company

Luke's an absolute star as usual. So professional whilst making you feel a friend

Excellent service. Even got a call on the day of the flight to ensure everything was OK with the travel arrangements.

The height of luxury

This glittering gem of the Gulf might seem over the top in many ways – but it is unmissable, says Mark Palmer

This is the city where construction never sleeps. Turn your back for a second and another skyscraper miraculously emerges from the sand, shinier and bolder than its neighbour, adding to the architectural fantasia that makes Dubai one of the most extraordinary man-made creations on Earth.

Imagine if the entire planet was wiped out, leaving only dust and we had to start again. Most likely, Dubai would be it, complete with a few reminders of the old world - a Big Ben lookalike, a couple of Chrysler buildings, London's cheese grater. They're all here.

Then there's Burj Khalifa, the world's tallest structure, set to lose its crown in 2020 to The Tower in Creek Harbour a few miles away. Competing against itself is a way of life in Dubai.

A shopping mall to make Westfield look titchy? On its way. Another highway linking the financial district to the Marina? Consider it done. A new water park with scary rides? Form a queue. Fancy eating in a Jamie Oliver restaurant one night, a Gary Rhodes the next, then a Jason Atherton and even a Diego Sanchez at Lima? Take a seat. 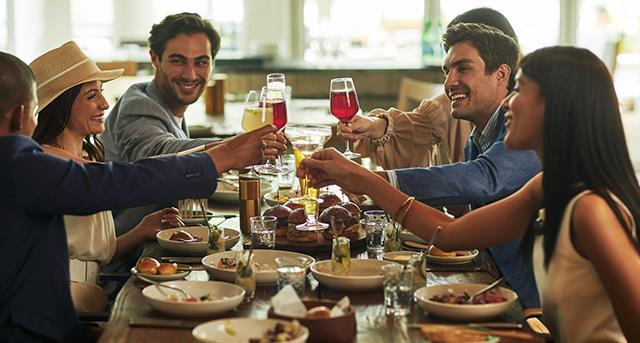 On the subject of food, no trip to Dubai is complete without sampling the city’s infamous weekend brunch spots.  Like Dubai’s skyline, brunch offerings keep getting bigger and better every week  with each venue offering their own unique twist on what has become the biggest weekly social events in the Dubai calendar. One of the most popular spots is Bubbalicious at The Westin Dubai which offers incredible spread with free flowing bubbly at AED 680 (approx £145 pp).

The first high rise was built in Dubai in 1979 and it shows no sign of letting up.

Streets are clean, public transport is efficient and crime virtually absent (I like the story of the taxi driver who found a £780,000 gold watch in his cab and handed it in). What's more, sunshine is pretty much guaranteed all year round.

How it all works is the unfathomable question that merely adds to the intrigue. 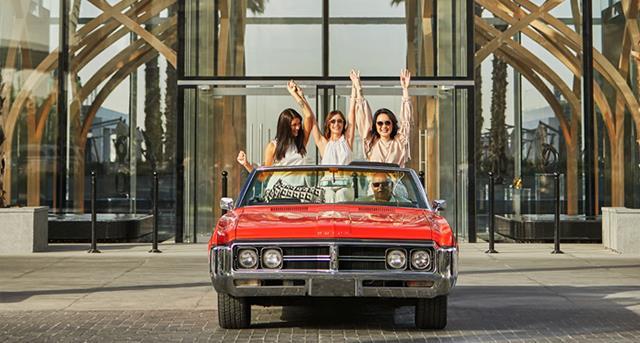 Five Palm Jumeirah: a stylish place to stay when in Dubai

New players are arriving all the time. The Versace Palace hotel (1.5 million tiles on its mosaic floor) has opened near the airport; the Armani hotel occupies pride of place at the foot of the Burj Khalifa; the futuristic FIVE (spa on the roof, swimming pool practically in the lobby) is on a beach on the Palm Jumeirah, and now our very own Dukes Hotel (founded a century ago in London's St James's) has opened a 500-room branch on the trunk of The Palm.

PLACES TO BE SEEN

St James's to Dubai sounds farcical but it works brilliantly, right down to the martinis in Duke's Bar, the private beach, the hand-picked staff from the likes of Claridge's and Mandarin Oriental, and the first international franchise of Mumbai's famous Khyber restaurant.

Khyber is on the 15th floor just above the 'floating swimming pool' on the skybridge that connects the hotel's twin towers, high above the lavish lobby, where bemused members of the British aristocracy stare out from portraits on the walls. 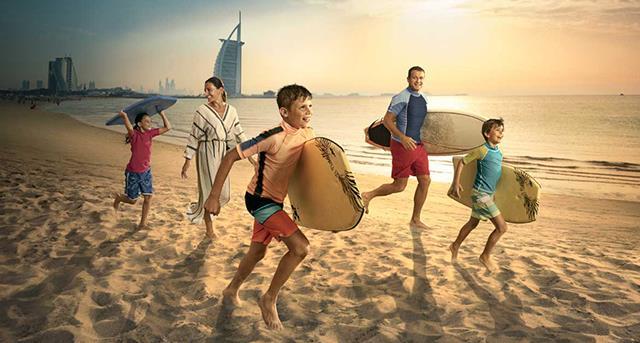 Dubai is known to offer a very family friendly atmosphere

It's worth hiring a guide and driver for a whistle-stop tour of the city. Ours was a German married to a Mauritian, who, like so many expats, wasn't quite sure how she ended up in a city where it rains only about eight or nine times a year.

We took an Abra boat taxi over the creek, had our photograph taken with a Bedouin and popped into the Dubai Museum, which gave us a crash course on the city's history.

Dune-bashing followed by quad biking, camel-riding and a barbecue in the desert - with belly dancers providing the after-dinner entertainment - is almost obligatory. 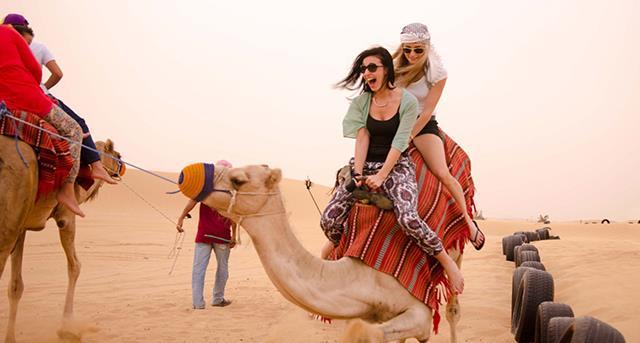 Experience the landscape from the back of a camel

At one point, we asked if we could take a walk in the red sand and trekked almost a kilometre. When we turned round, our tracks already had been erased - just as they are in those scary survival movies.

The temperature in the desert reaches 120f in summer - at least it does for now. Presumably, the powers that be will install some form of air-conditioning in the future. Anything seems to be possible here.

15 things to do in Dubai

Restaurants and bars in Dubai