What 635 of our customers
thought of Portugal...

Philippa was very helpful and I particularly liked receiving a call a few days before our holiday. It was very reassuring

Everything worked out as planned

It took us 45 minutes to come through passport control on our return to Stansted!

Jessica Sadler was absolutely amazing along with Hayley and Howard who were also very useful. Collectively they provided me with the support and assistance I needed with a large group booking. Despite having issues with our transfer due to the accommodation we stayed at Jessica and her team came to the rescue and were able to resolve this for me. I could not have been more grateful to her and the guys who made what felt like a very overwhelming task, so streamlined. I will be sure to recommend her and DialAFlight to friends and family and would definitely utilise the services in the future.

We've used DialAFlight many times and twice in this past year - both with Jessica. Excellent service and will continue to use and recommend

Always good for me. Great deals and service every time

Manny and Eve helped us out so much. Our hotel was just perfect. The staff were so friendly and helpful. The hotel was situated in just the right place for us. Close to the tourist sights but not too busy.

Just brilliant all the way through

Keep up the good work. We really appreciated the personal contact with Helen.

A Big thank you to Jonathan, excellent seats and service.

You are the best

DialAFlight is the best - confirmed

Great service - real people at the end of the phone, good value and problem free. Thank you to everyone involved.

Danny Sharma was great. He really looked after me recognising my first trip abroad following the death of my husband would be stressful. Will always go back to him

I have used you for some time and have not been let down.

I wouldn’t use anyone else - service, communication, pricing - consistently exceptional. We’ve used Sadie and Jane for years now and won’t change.

Everything went like a well oiled machine from checking-in, boarding cards, flights and seats, taxis waiting and hotel perfect.

The spectacular gardens on this remote Atlantic island are awe-inspiring, as Charlotte Metcalf discovered

The most famous of Portugal's Atlantic islands, Madeira is a gardener's heaven. Perched on windowsills or on steps up to the doors of even the tiniest houses, flowers are a constant welcome to visitors.

The semi-tropical climate means you are as likely to see an African flame tree, a jacaranda or a popcorn bush as a lupin or hollyhock. I was guided by landscape architect Dr Gerald Luckhurst, author of The Gardens Of Madeira.

Here is his pick of the bunch… 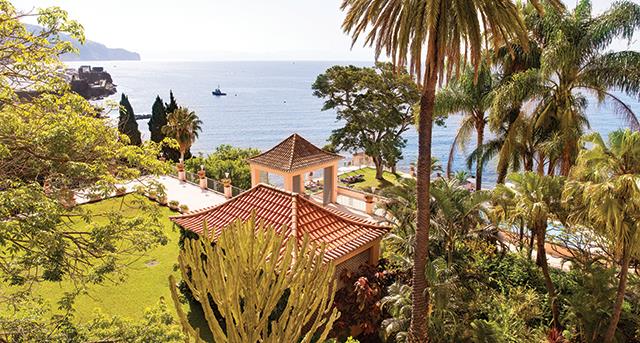 Gardens at the iconic Reid's Palace

Belmond Reid's Palace Hotel
This is Madeira's most iconic landmark and Gerald helped design its peaceful and soothing gardens. Paved with pebbles, the terraced garden was the vision of hotel founder William Reid.

'I used to think cacti and succulents were something small boys collected – but since working in this climate, I have realised what beautiful forms they have,' says Gerald, showing me a crown of thorns set off by towering agapanthus.

Originally a vegetable and then a flower farm, Boa Vista is run by Patrick Garton, whose late father, Group Captain Cecil Garton OBE, was British Consul in Madeira and founded the orchid garden in the Sixties. 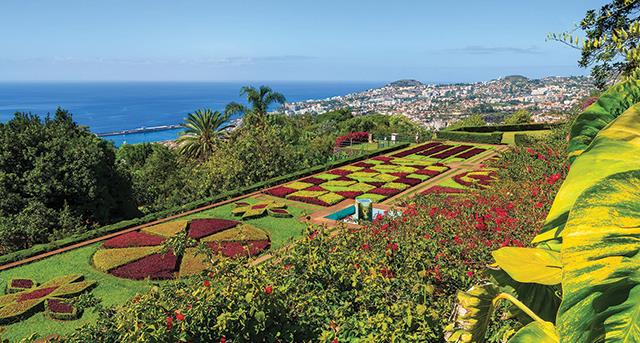 The garden is divided into five parts and is known for its formal mosaiculture, or carpet bedding, an ornate purple and green patchwork with views over the city of Funchal. 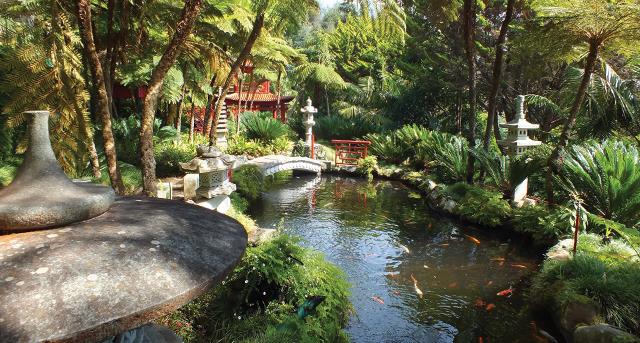 Monte Palace Tropical Garden
This lofty garden is reached by cable car. It plummets from a Gothic structure housing African sculpture and an impressive gem and mineral collection. Archways, rails, bridges and pagodas are a vibrant Chinese red, accentuating the lush green around them. Waterfalls tumble into pools and lakes. 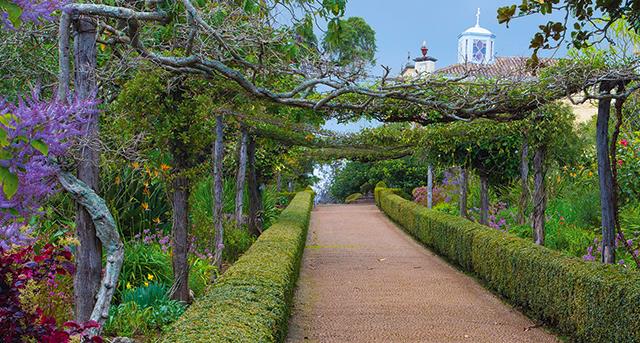 Palheiro Gardens at the Casa Velha do Palheiro hotel

Palheiro Gardens
These best represent Madeira's flamboyant soul. They are mainly the work of the Blandy family, who bought the estate in 1885 from the Count of Carvahal.

They were neglected until the Eighties, when Mildred Blandy's Swedish daughter-in-law Christina re-invigorated them. 'Christina likes serendipity, rather than colour plans,' explains Gerald as we walk amid jasmine, calendula, birds of paradise, azaleas, camellias, pansies, dahlias, foxgloves and roses.