Luke was fabulous as were all the staff that we dealt with. A First Class service.

We had a super holiday. Thank you Harry for organising it for us

A wonderful service as always from Callum

First time we have used DialAFlight and will have no hesitation using you again. Package was put together efficiently and professionally. Thanks to Graham.

I can thoroughly recommend DialAFlight - Ivor was fantastic at sorting out all the connecting flights and made it easy for us travelling around Mexico.

George and his team were first class throughout and are a credit to your brand. I recommend them wholeheartedly.

The perfect honeymoon, Jessica was a brilliant help throughout the whole booking process. Will 100% be booking through you again

Excellent help from the DialAFlight staff. Although i wouldn't like to use Iberia flights again the staff were not helpful and didn't seem to know what they were doing or what was in the food they were serving.

Great service and help by Helen and the team

Fantastic customer service from Jamie. Will be booking through you again in the future!

Great work from Lily and a special mention to Donovan who was readily available during the run up to the holiday. He was amazing

Jessica Sadler was so helpful - we will definitely be using her again.

Harvey the travel manager was superb as ever. Would not book with any other company

Had the holiday of a lifetime, everything went smoothly. Thank you to Stacey Rayner for booking our trip,

Dexter Tahsin was amazing as always. Everything organised and planned, no issues, no phone call is ever too much for him

It's not necessarily the first thing to draw your attention to a holiday destination - but it was the elegant Costa Rican footballers in the 2014 World Cup that got me thinking about a holiday in Central America.

I knew Costa Rica was famous for its geographical diversity - it has active volcanoes alongside misty rainforests - but as soon as we arrived we also discovered a country extremely and justly proud of its status as a world leader in environmental protection. 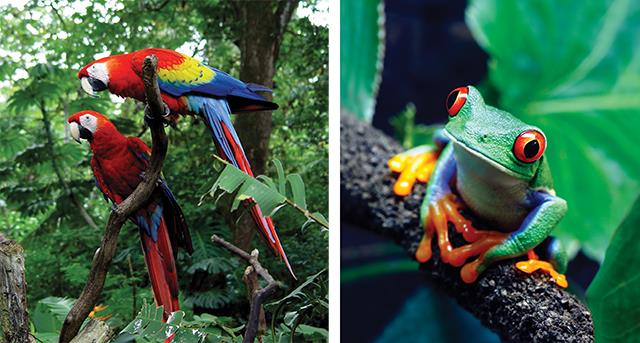 Costa Rica is as colourful and diverse as its iconic wildlife

It thrives on its image of eco-tourism and is an adventure playground with jungle zip-lines, surfing and many national parks.

Most holidaymakers fly to San Jose in the centre of the country and the very first impression on landing is not so green and pleasant, with crowded highways. But the capital is bustling with street life and has a growing number of good places to eat.

Once you escape the city, the true nature of the country soon becomes apparent.

We hired a rugged 4x4 vehicle, which is definitely needed for the potholed roads and is a must if you want to cross shallow rivers to reach secluded beaches.

Our first car journey was to the Arenal volcano, a couple of hours north. It last erupted, without warning, in 1968 and even now you are requested to park thoughtfully, ready for a quick getaway. 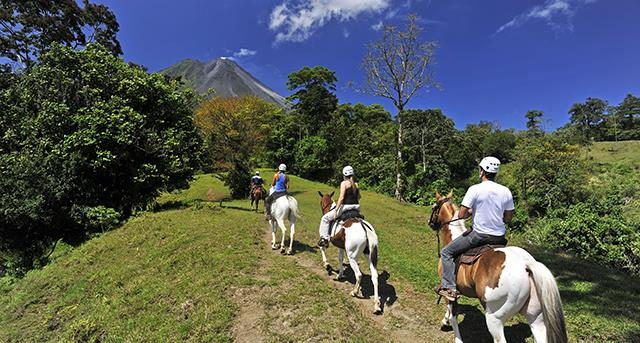 A horseback trek with the Arenal volcano as a backdrop

We spent the afternoon of the same day on a horseback trek with the volcano as a backdrop. The Ticos, as the locals are known, like to tell you that you can swim in the Pacific Ocean in the morning, cross the country and then be beside the Atlantic before sunset.

The Guanacaste coastal region in particular, in the north-west of the country, boasts fabulous beaches such as Playa Blanca and Playa Hermosa and is the most visited part of Costa Rica. There’s a diverse range of hotels from small beachfront properties to the high-end all-inclusive in Papagayo Gulf and not forgetting the laid back more bohemian resorts of Samara and Nosara where surfing and yoga are the main activities.

The Santa Rosa National Park and Rincon de la Vieja combines tropical forest and surfing - plus about 250 bird species, there are many beautiful mountain lodges so you can spend time exploring the wildlife in this lush area.

The Pacific and the Atlantic are only five hours apart in this part of the world, and both coasts have lovely beaches. 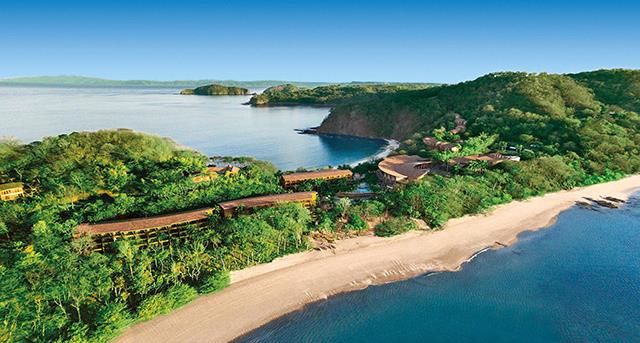 Picturesque Papagayo Gulf in the north-west region of Guanacaste

Anyway, not being in a tearing rush to experience both oceans on the same day we decided to head west to the Nicoya Peninsula in Guanacaste, dreaming of deserted beaches and giant rolling Pacific waves.

Self-styled as the 'black hole of happiness', the area around Samara has the laid-back aura of a 1960s hippy community. We did find many beaches, some nameless with rock pools, and some with crocodiles as well as diving gannets, others with surfers seeking giant walls of water. My favourite was the palm-fringed Barrigona, with its romantic, lingering sunset.

Reluctantly escaping the vortex of Samara we headed back to San Jose, handing in the car and our freedom. We spent the night at the boutique Hotel Presidente before joining a tour group heading to Tortuguero National Park, a Caribbean water world of lagoons and canals on the Atlantic coast.

Although our independence was over, it was good to be looked after and to socialise with fellow travellers. 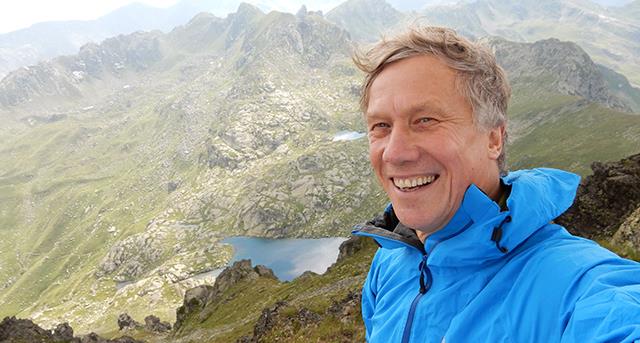 Peter Duncan has had his share of thrilling locations and describes Costa Rica as Fantastic!

Our charming accommodation at Aninga Lodge was reachable only by boat. As the river was low, it required some of us to get out mid-journey and push.

Our cabin was set among a maze of paths surrounded by greenery. The organised walks further into the rainforest were a joy with sightings of howler monkeys, colourful toucans, sloths and humming birds.

The best way to get even closer to nature is to take another boat ride down the narrow canals where guides point out creatures that tourist eyes would never spot.

Our next lodgings were on the banks of the Rio Pacuare. Pacuare Lodge is undeniably upmarket but also one of the best eco-lodges in the world. It is candlelit, spacious and deeply romantic.

The staff run the zip-lines, very exciting even for a daredevil like me, cook the delicious food and, at the end of your stay, take you on a white-water rafting experience back to civilisation.
Fantastic.

First published in the Mail on Sunday - July 2019