What 321 of our customers
thought of St Lucia...

Dancing to a different beat in St Lucia

Forget reggae on this sizzling Caribbean island - it's all about country and western, as Nigel Tisdall discovered

On the scenic road that wiggles along St Lucia's mountainous west coast, it looked like just another viewpoint. Sheer cliffs, vistas of sparkling blue ocean, a simple rum bar painted in gaudy colours.

Only one thing was odd - the country music blasting from the bar's mighty speakers: George Strait, proudly singing All My Ex's Live In Texas (sorry about the apostrophe, that's how the title's spelt).

What was going on? Aren't islands like this meant to be all about reggae, soca and steelpan? That's the cliché, but St Lucians clearly didn't get the message.

'We're setting up for a party,' explains the bar's owner, Paula, 'and we'll be playing country all night. Everyone here loves it.' 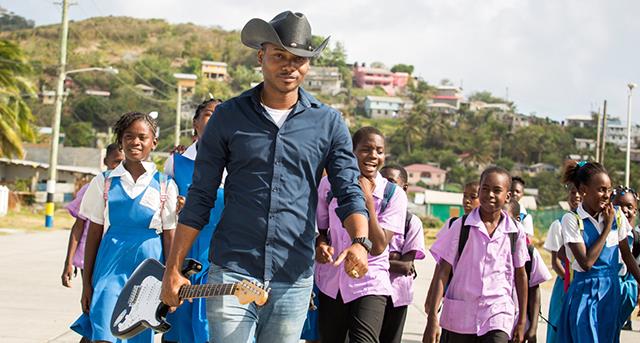 Cowboy Shervon Sealy has a fan club that stretches across generations

It's true. Turn on the car radio and there's Alan Jackson singing If Tears Could Talk. Drop into the Massy supermarket and shoppers are picking through the yams to anguished tunes by George Jones, Kenny Rogers and Dolly Parton.

Where did this love for songs about broken hearts and pick-up trucks come from? 'In the early Forties the United States set up two military bases here,' explains Steve Anius, a DJ who hosts a weekly country music show on Radio 100 Helen FM.

'This was the sound they played, which we'd listen to on AM radio.' One base was in Rodney Bay, now the main tourist area, while the other is today's Hewanorra International Airport in the far south.

There was a time when this taste for country went underground because it was considered 'white folks' music'.

'I had a record shop and customers would sneak the albums out under their shirts,' says Steve. But now this passion is out in the open, with all ages attracted.  One reason is that country is free from the yelling, swearing and violent lyrics that characterise some other popular music styles.

'People who go to country dances are polite and dress neat,' says Steve, 'and they do a waltz related to kwadril, our traditional folk dance.'

As we drive around listening to such tunes, I'm struck by the vivid beauty of an island with both French and British influences, reflected in place names such as Smuggler's Cove and Vieux Fort. 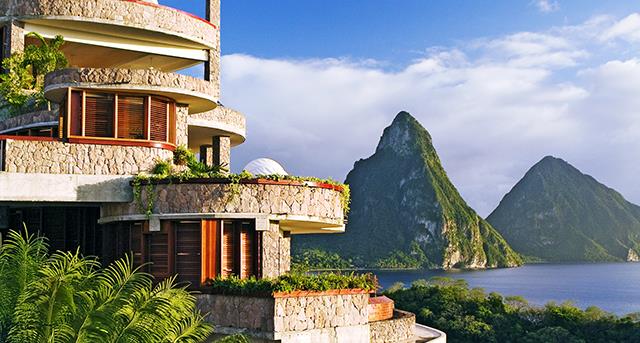 With outstanding views of the Pitons, the adults-only Jade Mountain

St Lucia's twin peaks, the Pitons, make it stand out from other Caribbean destinations. Hideaway five-star centres, such as adults-only Jade Mountain and Sugar Beach, A Viceroy Resort, offer terrific views of this World Heritage-listed attraction, inspiring celebrities including Gwyneth Paltrow and Ellie Goulding to visit.

Surrounding us are green and forested hills ideal for growing cacao - Hotel Chocolat sources its beans here on the Rabot Estate. Its panoramic restaurant, Boucan, uses chocolate in innovative ways, such as a marinade for scallops and to make a rich gravy for beef fillet.

Many visitors, especially families, head for the Rodney Bay area in the far north-west - the popular choice if you like to be in the thick of the holiday whirl, with plenty of shops, restaurants, beaches and activities. This is where we track down our first taste of St Lucian country dancing at Twist, a rustic wooden bar in Grande Riviere, just inland from Choc Bay. Here they play traditional country every Sunday.

It's a friendly, open-air affair with a concrete dance floor and bar snacks that include jerk chicken and souse (pig trotters in broth). Johnny Cash booms out and a passing fishmonger summons customers by blowing on a conch shell. 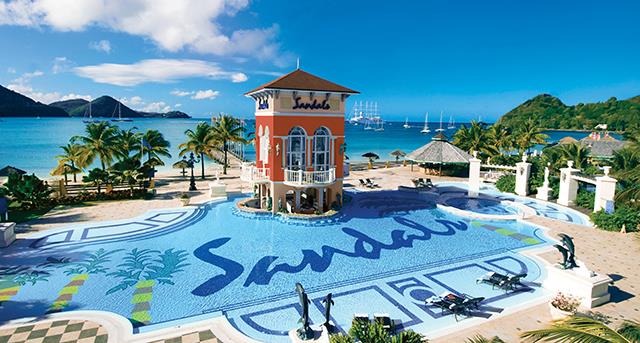 Country is also part of the entertainment offered at major hotels, such as Sandals Grande St Lucian in Gros Islet. Here, super-smooth ex-policeman 'Cowboy' Shervon Sealy often performs in the lobby in Stetson and boots.

Down at Anse Chastanet resort in Soufriere, the L.M. Stone Family Band - dad, three sons and a daughter -  plays every week. When we arrive they're belting out Rhinestone Cowboy. 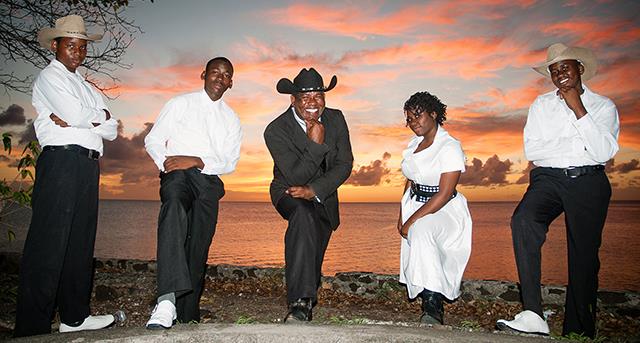 L.M. tells me how he learnt to sing in church, then got into country because his stepfather cut sugar cane in Florida and brought the music home. He's toured Germany and Sweden and won a contest in Nashville.

'Country's as big in St Lucia as reggae is in Jamaica,' says the star, and, as we twirl around the floor to She Took Everything But The Kitchen Sink, I can only agree.