What 359 of our customers
thought of Kenya...

As first time user of DialAFlight everything worked very well.

I wouldn’t book flights with anyone else. Rupert always responds straight away and is there for any problems. I’ve recommended to many people.

Libby McGarry was wonderful. Efficient, friendly, knowledgeable. Nothing was too much trouble. She is a credit to your company.

Good customer service, will use again and again.

We use DialAFlight for purchase of long haul flights and trust their service and expertise.

Andrew Akoo, in my view consistently demonstrates and highlights what excellent customer service should and looks like! I always use Dial a Flight!

I am always recommending you to my friends and clients too. You have never let me down and it is so good to be able to speak to someone if there are problems - not just online where there is no help

Brilliant, always recommend to others.

I was very happy because I called for some help and was answered as soon as possible. I enjoyed the flight going and coming back.

You have always organised our trip very well.

Boris was amazing - thank you all of the team

Troy was absolutely brilliant. Made everything smooth and easy. Really happy with the service and you will always be my number One choice.

Joey and Marco were very professional - all at DialAFlight work as a team.

First rate as ever!

Amy was very helpful - thank you

Minor issue. Could have had an email re return flights given KQ pilots went on strike.

An amazing travel company which despite being clearly very busy still manage to provide the personal touch. We were due to fly back with Kenyan Airlines when they went on strike, at which point we were contacted by George who was ready to do whatever was necessary to help and support us. That is being customer focused at the highest level. The documentation, along with their timely and efficient communication was second to none. A thoroughly decent group of people to do business with. I cannot recommend them highly enough.

Excellent service - will only use you from now on.

Bar an issue with us not getting a visa for our flight, Sebastian was fantastic, he kept in contact with us all the way and from the very initial contact, he was great

Book all my trips with DialAFlight. Helpful, knowledgeable and flexible

As always, DialAFlight were amazing. Tara in particular went above and beyond to help us get to where we needed for a good price.

Out of Africa? No, out of this world!

From the jaw-dropping location in Kenya's Masai Mara to its stylish luxury, Vanessa Raphaely is captivated by a safari lodge on the site made famous by Redford's classic film

To millions of film fans, it will always be the romantic place where Meryl Streep embarked on a passionate affair with Robert Redford's big-game hunter in Out Of Africa.

The Oscar-winning movie was set in Kenya's breathtakingly beautiful Masai Mara, a place teeming with wildlife. And the views? Simply majestic. 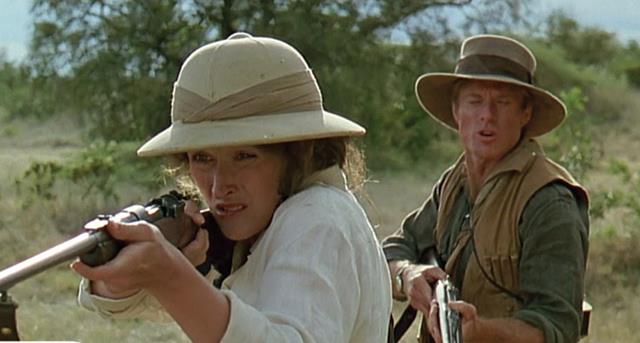 And it's here, in the Mara's Olpurken Plain, that a new safari lodge dubbed 'the ultimate in Africa' has opened. That may seem like a bold assertion - but Steve Fitzgerald is more entitled than most owners to be brazen.

Steve and his wife Nicky are well known in the high-end safari industry after running the Conservation Corporation, which later became andBeyond.

They stepped away from andBeyond in 2009, and Nicky was enjoying being 'very good at doing nothing'. But in 2013, Steve got a call from Kenya that changed everything: Ol Kurruk, that 'ultimate site in Africa', had become available.

Steve and Nicky had long coveted Ol Kurruk - perched high on three rocky hills called kopjes. With its links to Out Of Africa and the amazing location, it's not difficult to see why.

The lodge the couple have now built is called Angama - Swahili for 'suspended in mid-air' - and with its eagle's-eye view of the plain, guests agree that there are few camps to compete. The lodge design itself would have to be something special to match this jaw-dropping environment - and it more than meets the challenge.

Together with South African architects Silvio Rech and Lesley Carstens, in just a year, and from one single, simple sketch doodled on a napkin, Steve has built a quirky, beautiful safari camp.

Angama is divided into identical twin lodges, each comprising 15 tents, to ensure intimacy and privacy. The architecture of the lodges might remind a well-travelled guest of Mali's whimsical mud buildings, or Zimbabwe's iconic ruins; for a film buff, they might resemble the buildings of Luke Skywalker's home planet Tatooine. But the wholly original concept owes most to an outright flight of fantasy and imagination.

To inhabit this space is to experience pure luxury. The delight and comfort of guests takes priority. The gym, infinity pool, fire pit and every single tent boast undisturbed views of the vast plains below.

The interiors are playful, original and stylish. Recliners, chairs, benches, beds and baths have all been created by top designers - and mixed with South African shabby chic style. 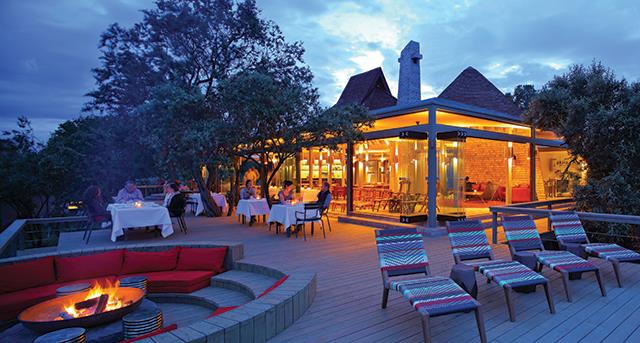 Dining under an African sky

Privacy is prized. Even honeymooning guests are encouraged not to sleep with their tent blinds closed, all the better to enjoy the breathtaking sunrise upon awakening. They are secure in the knowledge that no one will peer in, save black fish eagles soaring past, or perhaps a curious zebra that has been brave or foolish enough to navigate its way up the steep cliff face.

Waking before sunrise, as one must on safari for a game drive, is both a privilege and a joy. The view of the sun rising over the plains, as multi-coloured balloons from Governors Camp drift by, makes every morning a feast of photo opportunities, and delivers memories to last a lifetime.

Once guests have wound their way down the steep mountain road from the camp to the plain (stopping respectfully to wait for zebras and elephants to cross, or just enjoy the view), the game experience offered by the Masai Mara remains as superlative as even the most picky visitor could demand.

And because the lodge is situated on the more exclusive north side of the Mara River, in an area known as The Triangle, there are considerably fewer lodges and hotels in the vicinity, meaning there are also significantly fewer vehicles to contend with when viewing the animals.

Whether you choose to visit during the fabled migration ?(July to October,) or at other times, there is wildlife in huge numbers around every corner. 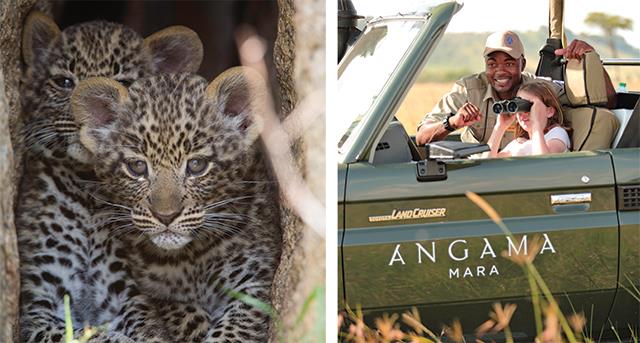 Angama offers a flexible approach to game viewing. There is, of course, the option of that magical balloon flight launched from Governors Camp, or a guided walk or bird safari with the camp's knowledgeable and charismatic resident Masai.

Guests are not tied to a routine of a three-hour game drive in the morning and another in the evening. At Angama you can set off with both breakfast and lunch picnics packed, to explore for as long as you wish. Our record was nine hours out at one go.

Nicky has opened many hotels, restaurants and lodges over her long career, and her credo has always been: 'Will our guests love this?' As a guest who has just returned home, and who still finds her thoughts turning to balloons drifting over plains teeming with wildebeest, zebra, hippos, rhino, giraffe, leopards and lions (not to mention dreaming of a certain dashing blond American movie star hurtling over the horizon in a small plane), I can answer categorically: 'No question. Yes.'