What 183 DialAFlight clients thought of Grenada

You'd think that being a chef, I'd want to escape the toils of the kitchen while on holiday – but the opposite is true. I jump at the chance to experience new flavours and gather fresh inspiration.

And where better to tickle your tastebuds than in glorious Grenada? The island is known for its zesty spices and self-sufficiency – the only food it imports is milk.

Meat and fish are plentiful and, because the soil is very fertile, the vegetables, fruit and salads are the glossiest you'll ever see. 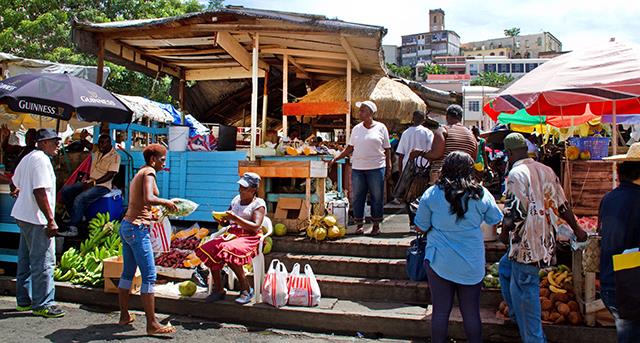 Grenada's seasons are similar to our own, which means cauliflower, broccoli and pumpkins in spring. Exotic fruit – mangoes, star fruit, passion fruit, melon and skin-up, which is like a lychee – are the stars of the summer.

Autumn heralds guavas, sweetsop (sugar apples) and soursop (similar to pawpaw), and then there is the temptingly named mammee apple, which is a Caribbean version of a peach.

I stayed in the southwest of the island at Peter de Savary's Mount Cinnamon Resort on Grand Anse Beach, near the charming town of St George.

It offers well-equipped self-catering villas, each with its own terrace and wonderful views of the bay. You can cook your own supper, but the bubbling restaurant scene is difficult to resist.

Beach bars abound. I especially liked the Beach Cabana at Mount Cinnamon, where they serve fabulously strong cocktails made with local rum at all hours of the day and night. 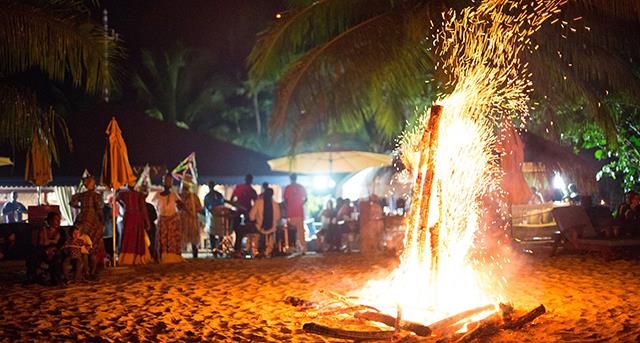 People come across from nearby islands to enjoy the weekly bonfire on the beach, at which local musicians play. This is the Caribbean at its best. Just beware of those generous drinks measures!

The main restaurant is the open-air Savvy, where the farm-to-table cuisine features a mix of Caribbean and Asian traditions with freshly-grown vegetables from the hotel's own gardens and from nearby plantations.

I order plums, mangoes, cherries and avocados, all picked that day. The fish is as fresh as can be – so the tuna tartare, a signature dish, almost leaps off the plate.

The next day, I watch a fish cookery demonstration at Mount Cinnamon: a traditional dish of kingfish marinated in coconut, ginger, lime, spices, peppers and chives, wrapped in banana leaves and cooked over a wood fire, and served with delicious breadfruit chips.

If you want to mingle with Grenadans, there is nowhere better than a rambunctious food market. St George's market brims with local spices and everything else that is grown on the island.

In a 17th-century working plantation – a colonial house and estate – you can witness the crops of fruit, exotic flowers and spices in their regimented glory.

Here, I learn to cook the Grenadan national dish, oil down. This is a hearty, one-pot meal with salted meat, chicken, breadfruit, callaloo – which is like spinach – and dumplings. The whole lot is stewed in coconut milk. Delicious! 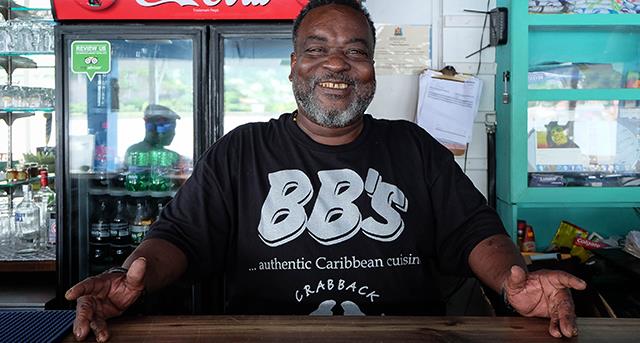 The food odyssey continues in the evening when I visit BB's Crabback Caribbean restaurant (which interestingly began life in West Ealing, London), overlooking the harbour – specialities here are curried goat, king prawns cooked in butter with lobster sauce and chicken breast marinated in 12 herbs and spices and cooked in coconut oil.

My favourite place to eat on the beach is La Sagesse, on its own strip of sand from which you can swim in a bath-temperature sea.

No tour of the island would be complete without a visit to the River Antione Rum Distillery – the last one in the Caribbean to make the drink from cane sugar, as they did in the 18th century.

Belmont in the Grand Etang area is a fully functioning plantation and organic farm. We taste goat's cheese and salt fish fritters, a popular local dish.

Even the governor grows her own vegetables. Her Excellency Dame Cecile la Grenade is the island's first woman governor and has held the office since 2013. She is also a food scientist and received an OBE from the Queen for the food business started by her mother.

Her extensive gardens are full of exotic vegetables, fruit and spices – a dream to any aspiring cook. Even the paths are made of crushed nutmeg shells. A fitting tribute to this fragrant and friendly island.