What 409 of our customers
thought of Antigua...

Great service. I think DialAFlight is a fantastic company and I regularly recommend you to friends. Thank you particularly to Gino for answering a query on a Saturday evening.

As always service and knowledge of destinations is great.

It's great to be back travelling, and finding out that Dennis was still working for you was even better. He's just amazing. What a lovely Christmas holiday.

I recommend you to many people as a wonderful service.

We had a great holiday at The Verandah, Antigua and would go back there or to the sister hotel The Pineapple Resort which we had a free day pass to. It had a better beach.

Julie was incredible from our first phone call. She listened to what I wanted and delivered excellent customer service - cannot thank her enough for recommending the perfect place for our honeymoon!

WOW! Tommy listened to our list of wants and matched them perfectly to The Escape at Nonsuch Bay in Antigua. Easily the best holiday we have had in the Caribbean. Excellent service Tommy, thank you.

The in-flight service was excellent. Thank you very much

Very good price. Excellent communication with Ash prior to leaving. Also very pleased with the local agent ((Sibel of Bo Travel) who was very helpful.

Very smooth, no hiccups. Carlisle Bay in Antigua was a great choice and we were very pleased with it.

Peter Smith and his team did a great job and the local rep in Antigua was helpful. Carlisle Bay was an excellent resort which met our expectations and the transfer driver was on time and friendly both ways.

Joe and his team were excellent and very professional - nothing was too much trouble. We will definitely use you again. Thank you for all your help.

Really great team. Rafael was super helpful and even called me to see if everything was OK

Delighted with your service!

Made everything feel safe and easy

Everything went smoothly, no glitches. Thanks for the service and will recommend your service.

Always there to help

I always recommend your company. You made booking our holiday easy and kept us up to date. Very professional service with a personal touch

As usual you guys were first class. I recommend you to all my friends

Good service as ever.

Beach cricket, gospel choirs and a fly past by pelicans - the Caribbean just bowls you over says Mark Palmer

I am writing this from a balcony at Blue Waters in Antigua and five pelicans are doing a fly past before dipping down towards the ocean in search of breakfast.

The air is soft and warm, not stiflingly hot, and there's movement everywhere - the sea, the palm trees, the puffs of cloud, the sail boats, the staff in that wonderful languid style which makes this part of the world so irresistible.

Getting what the Caribbean is all about means there's no point fretting.

Service will not be American snappy and you might not always get exactly what you order. But that is somehow part of the charm. 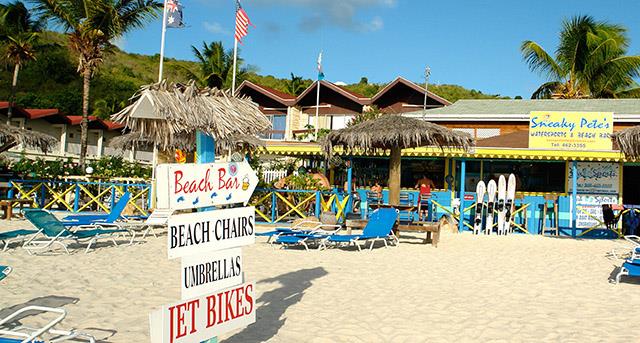 You'll be spoilt for choice of beach shacks at Dickenson Bay, and the service is equally relaxed

It took us almost an hour to find the excellent Coconut Grove shack restaurant on Dickenson Bay because the sign on the road had fallen down and no one had the inclination to put it back up.

Then, at Beachlimerz, a bar and restaurant on the northwest side of the island - popular with ex-pats and with good live music - my starter arrived 20 minutes after my wife's soup and getting a second glass of Sauvignon Blanc required patience.

To drive around the island on a Sunday morning when all shops are closed and pass churches where all windows are open and hear a Pentecostal choir in full voice, or a fire-and-brimstone preacher warming to his theme, is truly inspirational.

And to see children on weekdays dressed immaculately in school uniforms and never dropping litter on the ground reminds me of what we've lost at home. To get a flat tyre (as we do) and witness five men, one wearing a huge Rastafarian hat, all trying to out-do each other in the how-can-I-be-helpful stakes makes me long to return to this part of the world. 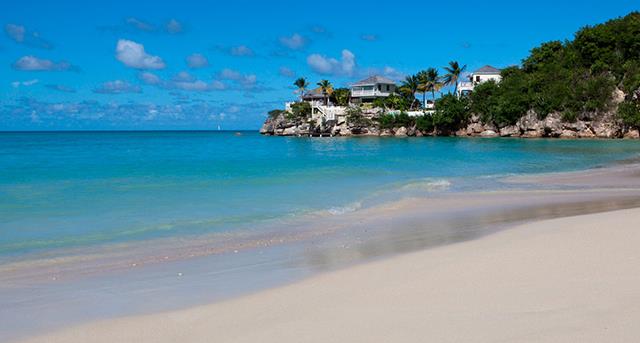 Blue Waters is on the north of the island no more than 20 minutes from the airport. Owned by a British family, it has undergone a steady refurbishment that has made it even more delightful. 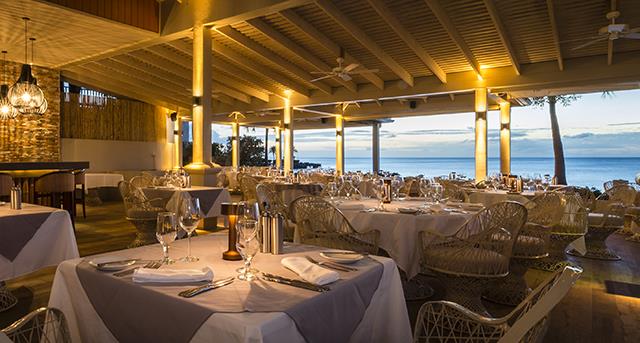 People return year after year.We were here a decade ago and are impressed by the changes, not least the new Cove restaurant where the tables at the front are so close to the sea wall it's a wonder a passing mahimahi doesn't land on your plate.

Antigua has some of the best beaches and the colour of the water is so inviting that on more than one occasion near Darkwood Beach in the south west, we park the car on the verge and run into the sea like a couple of eight-year-olds.

Anyone new to the island has to do English Harbour, the only remaining Georgian naval dockyard in the world. It's changed a bit from when Nelson was here in 1784. He was only 26 and not popular with the locals as one of his jobs was to prohibit trade with ex-colonial Americans, which hit the economy. 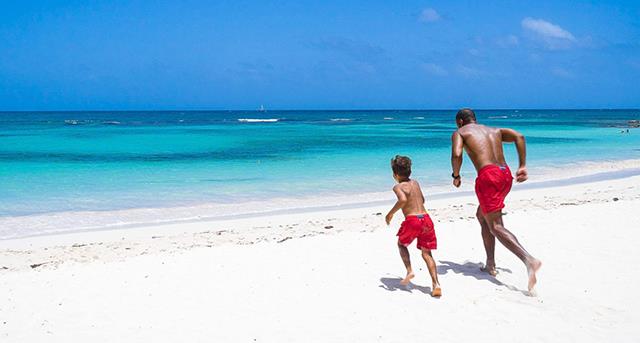 Kick of your shoes and head for the beach

From English Harbour, there's no excuse for not pushing on until you reach Half Moon Bay, one of the most beautiful unspoilt beaches in the world - for the moment. After a long legal battle it's to be developed, including a Rosewood hotel, due to open in 2021. A mile-long crescent of white sand protected by a coral reef, it's wide enough so that on certain days you can surf in the middle and swim in the calmest of waters on the two flanks.

When we arrive on a Sunday afternoon, a game of beach cricket is nearing its conclusion. Locals and tourists are taking part; a cardboard beer box is the wicket.

I go all sentimental and position myself at square leg in case a catch should come my way - and defy anyone not to 'get' the Caribbean when confronted by such a scene.