What 60 DialAFlight clients thought of Langkawi

Great recommendation from Dale. As always everything was perfectl. We recommend DialAFlight to everyone as you are the best and cheapest. Our families use you too now!

Keep it up, great all round service

From initial plans to changes to flight time, transfers and extra pertinent information (in this case 2019 nCoV) all documentation was provided in a clear and timely fashion. It felt as though we were taken care of, albeit at arms length but if needed help was always available from your travel advisor.

Thanks Ronnie. All worked OK. Was escorted though KL to connecting flight.

Superb service. Everything went well and I appreciated your message wishing me 'bon voyage'.

Fantastic service from John at the Croydon office. Everything was organised perfectly and for a great price!

You never let me down, always stay in nice hotels, have recommended you to lots of friends who have booked with you.

Thankyou Travis for organising it all

Once again, Wesley sorted everything out for our trip.

I have used Dial-a-flight for the last 5 years and once again Karl Patel put together a fabulous itinerary which surpassed all of our expectations. A slight hiccup at the first hotel was dealt with immediately following an email to Karl who, on his day off, called the office.

Frank was fantastic - perfect holiday from start to finish

Ryan gave us the most amazing holiday from the accommodation to the transfers. The attention to detail provided by both our resorts was superb.

Charles was very helpful. I hope to book again with DialAFlight.

Thanks to Jerry. The usual faultless arrangements and excellent email updates.

The Danna Hotel, Langkawi is top class. Service superb and the airline looked after us well.

We booked through Conrad who was very helpful. We had some issues with a hotel but the hotel moved us to a sister hotel. The flights and hotels were very good

Everything was brilliant - all still lovely. The staff make the resort

Thank you for all your help in booking our holiday. You answered all our questions and we had a great time and your staff were absolutely fantastic thank you.

Had a terrible flight with Malaysian Airlines so may choose not to use hem again. Not DialAFlight's issue at all

Adam Sui did a fab job in sorting me out for this holiday.

Many thanks to Ronnie who ensured the package was perfect for our needs and at the right price.

Michael and Bill were extremely helpful

Back to nature in Malaysia

The morning’s topic of conversation has turned to the strangler fig. The parasite in question stands there tall, defiant, wrapping its sinuous energy around the ironwood tree which has found itself the choking focus of its attention.

Five yards away, Irshad Mobarak breathes deeply and prepares to play devil’s advocate. 'In the business world, this would be fully understood,' he muses, arm extended, tracing the long shape of the arboreal aggressor to his left. 'Just think of it as a hostile takeover.'

A powerfully built man, well over 6ft, he says these words with a composure that is impressive for two reasons. The first is that, directly behind him, a five-star resort swimming pool shines in the 10am daylight, the sun-worshippers around its fringes listening as they lie on loungers. The second is that one of Britain’s most fabled botanists is his main partner in this discourse. David Bellamy nods quietly as Mobarak speaks. He knows this stuff, of course – but he's happy to hear it from a fellow expert. 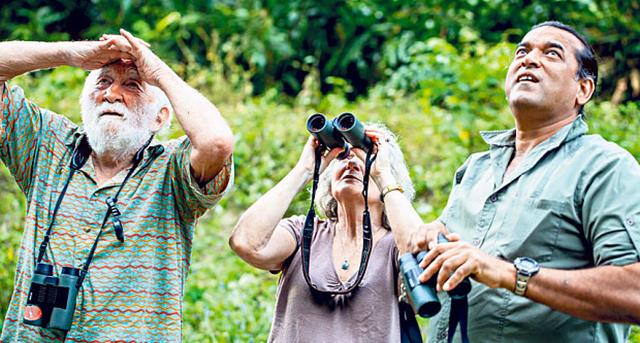 Do you see what I see?: David and Rosemary Bellamy and Irshad Mobarak

'The strangler fig has a terrible image problem,' Mobarak continues. 'It can take up to half a century to kill its host. Yet it has a positive effect. It only picks on trees which are past their best, which are going to die. The death brings nutrients and renewal which benefit the surrounding ecosystem.' 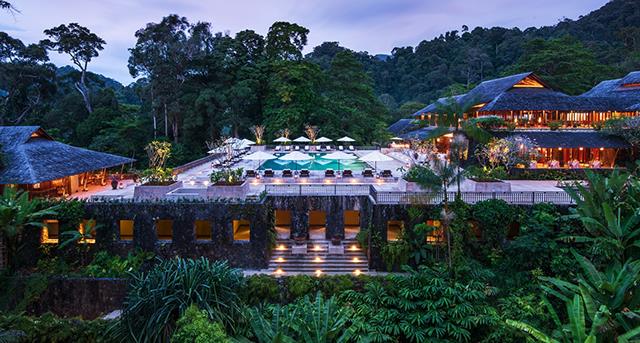 The Datai, a stunning Malaysian hideaway of extraordinary character

This is Bellamy's second visit to the Datai, having stayed 13 years ago when he was a speaker on conservation at the 2002 Asia Pacific Ecotourism Conference (Apeco). The two men forged an immediate connection – and Mobarak was meeting his hero.

'I grew up watching David on television,' he grins. 'I was weaned on his shows. When I was nine, my father asked me what I wanted to be. I recall pointing at the TV and saying "I want to be like him". His enthusiasm was infectious.'

Now 82, Bellamy still looks at nature around him with a fascinated eye and the jungle still holds great allure for him. 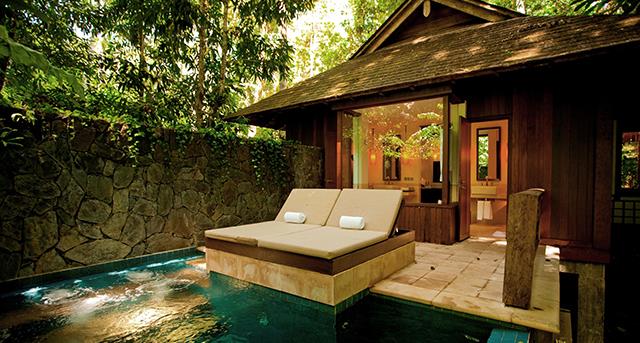 He is staying at the Datai with Rosemary, his wife of 55 years. Mobarak has been The Datai’s resident nature expert since it opened in 1993. The resort revels in creature comforts – 125 rooms, villas and suites; a small spa near the beach of powdery white sand; four enticing restaurants, including The Dining Room, where miso-glazed black cod is served under the tutelage of executive chef Richard Millar; and the Naga Pelangi, a grand wooden schooner, anchored and ready to take guests on genteel cruises in search of orangeade sunsets.

Mobarak's nature walks are popular and informative. An evening amble with the Bellamys has barely started before Mobarak spots a local character. The colugo is an odd beast – a winged mammal which seems to be a close relation of the bat, but is nearer in genetics to the primate clan.

Camouflaged against a tree trunk, she suddenly - Mobarak can even tell the gender - switches from stillness to motion, racing up the bark before spreading her wings and gliding some 50ft down to the next cluster of branches. 'I’ve only ever seen these animals in books,' Bellamy admits, with a broad smile.

On verdant Langkawi there are options for exploration further afield.

Mobarak joins the Bellamys for a  voyage along the Kilim River, chattering with his childhood hero about the cycads – fern-like plants so old that dinosaurs used to eat them – that hang on the rock walls here, and the crab-eating macaques which dart down to the water to grab crustaceans. Above, a pair of white-bellied sea eagles swoop and soar. 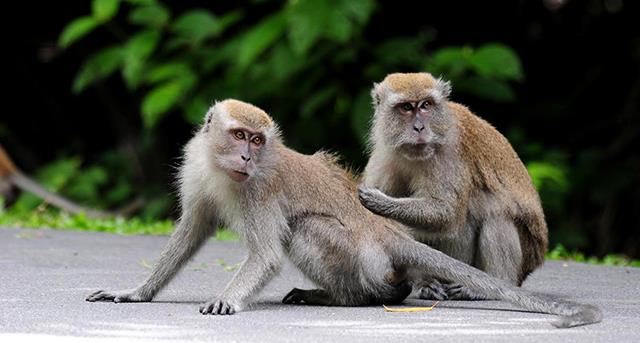 Macaques, on the lookout for a tasty crab supper

The day’s crowning episode is saved for last. Gunung Raya rears up at the heart of Langkawi – a 2,890ft granite bluff, 204 million years old. Its peak is a fine spot from which to watch the sun go down, when some of its bird population are at their most active.

And so it proves, midway up the mountain. Mobarak calls the car to a halt and beckons its passengers on to the roadside verge. A group of great hornbills – brightly exotic birds, with extravagantly curved bills, common and colourful inhabitants of the Malaysian heavens – has gathered in the canopy.

As the light starts to slip, they take off one by one from their perches, floating without any perceptible effort across to a meranti tree with ripe fruit. There they dine amid a whoosh of wings as the entire flock flutters in.

On the ground, the two naturalists stare at the scene in raptures.