What 223 DialAFlight clients thought of China

Hong Kong is where I belong

Hong Kong Island to Kowloon may only be a few thousand feet across the water, but the contrast is immense; like exchanging a Savile Row suit for a worn leather jacket and scuffed Chelsea boots.

And that's no bad thing. For Kowloon is Hong Kong with its make-up and glitter peeled off: a raucous, mercantile farrago of fast food, fast fashion, fast living and slow traffic.

With freedoms for locals being eroded as Beijing ratchets up its control of Hong Kong, the markets of Kowloon, at least for now, show the rambling chaos of a freeform, unencumbered, mercantile democracy. 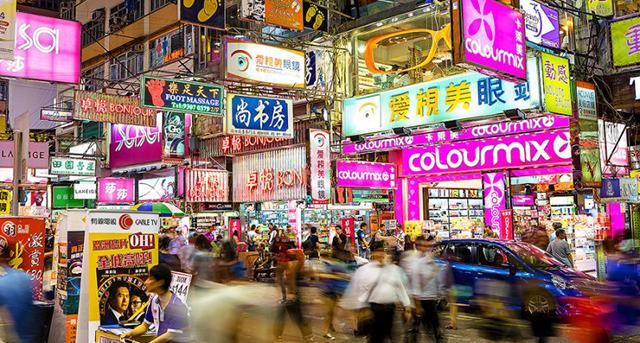 As somebody who despises shopping, Kowloon has long been an exception, with its markets that are an unapologetic assault on every sense. Everything you can smell and hear you can also buy, if you're prepared to haggle.

You don't need to rise early to catch the markets of Kowloon. Within one hazy, sun smeared afternoon, I eat fried pancakes filled with plump, briny oysters in the Temple Street market as a karaoke singer warbles K-pop melodies and a wizened fortune-teller attempts to usher me into her stygian gazebo. 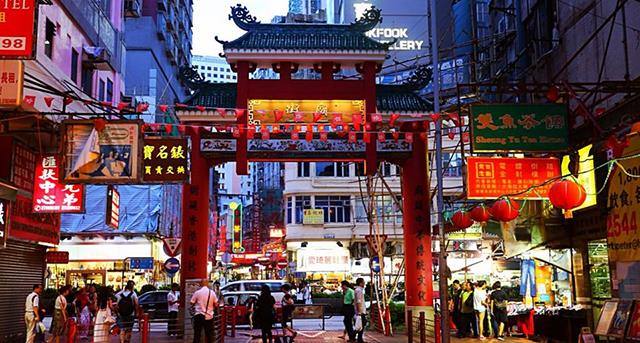 I inhale the giddy scents of orchids, bonsai trees and roses at the Mong Kok flower market and gawp at tanks and oxygen-inflated bags filled with indolent-looking goldfish (a key element of feng shui) at the Tung Choi Street fish and reptile market. 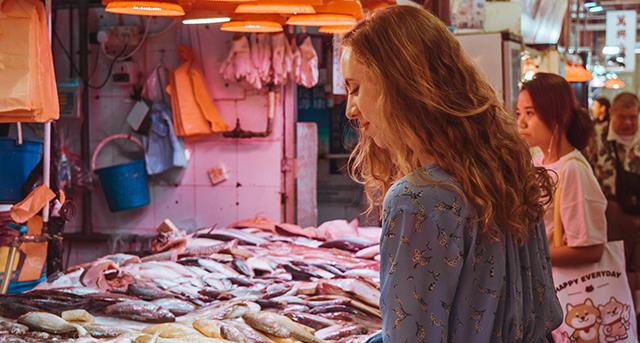 It's not entirely necessary to eat everything on the streets, however. Tim Ho Wan (meaning 'with extra good luck') opened a decade ago and became the world's cheapest Michelin starred restaurant.

Serving up mountains of dim sum and green tea and refusing to charge customers more than £10, the restaurant now has franchises across the world.

The branch I visit in West Kowloon is certainly a bit more spick-and-span than the chaotic original shop down the road, but the food has retained its astonishing quality (and low cost) and I spend a contented hour eating turnip cake, pork buns and spring rolls with beef, mushroom and satay sauce. 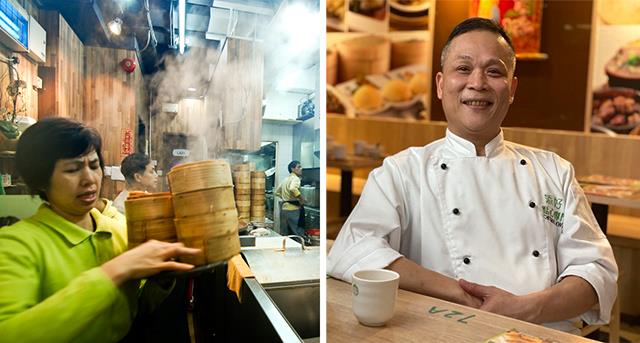 Kowloon is barely four square miles and I haven't seen half its markets. I'm about to leave when I stumble onto Yuen Po, home to a bird market that is a cacophony of canaries, parrots, sparrows, magpies and parakeets housed in bamboo cages.

One shopkeeper gently chastises a parrot as it spits out a live grasshopper he tries to feed it with chopsticks. 'Diva', he says to me, pointing at the bird, in surprisingly good English. The parrot cackles a retort and turns his back on both of us.

Respite comes eventually on the tip of the peninsula. Looking out over the churning, bruise coloured waters, I admire the forest of skyscrapers across Victoria Harbour on Hong Kong Island that glitter and wink like a princess's jewellery box.

But I want to stay here; for much as HK Island is the showroom of the territory, Kowloon with its heat, pace, sweat and muscle is the engine room.