Excellent trip to New Zealand. Our first experience of using DialAFlight. Although we were a little hesitant it delivered on all its promises. The team were very accessible, helpful and personable.

Will use DialAFlight for our next trip

Thank you for another great trip

Amazing service from Barney and team! I have now had 4 flights with United in economy and they have been amazing. My only complaint would be too much food offered on board

Mason Edwards was excellent. He worked hard to make sure our holiday was up to scratch and it certainly was. Couldn't ask for a better holiday.

The only negative feedback would be the area that Stay Pineapple Hotel in San Francisco is located. It is just on the edge of a very dodgy part of town with a lot of homeless people there now. The hotel doesn't offer much in the way of breakfast and the bar is now closed. Everything else was great and we had a fantastic holiday - thank you

I cannot recommend DialAFlight enough - in particular Ivor Savage. He has been incredible. Amazing communication, easily contactable and he helped me out significantly when I encountered an issue on holiday. I’m so thankful to have experienced this company!

Everything went very smoothly - thanks to Ed and his team.

I have used your services many times before and the service this time was excellent as usual.

Dylan and Dialaflight, were really easy to work with. Dylan especially, was approachable, professional and worked hard to understand my requirements and get me a great package. Brilliant.

Sadie is a star! We had a great trip and would like to thank her for being so helpful and efficient

Connie gave me a first class customer service, thank you

Air France fantastic. Only gripes revolved around Delta charging us extra for an internal flight and the very different landscape revolving around Uber. Chances of securing a car when you need it not as secure as it once was. Many thanks again to Niall who always retains his sense of humour and goes that extra mile. Will be back in touch soon

Everything went as planned, lots to be said for that

I found it confusing that United Airlines seemed to be implying it was obligatory to upload documents onto their Travel Center, whereas in fact there’s no need to (at least, not all of them) and they can be quickly shown at the airport . Conversely, even though my address in the USA had already been entered, I had to do it again at a machine in the airport. It would be helpful if you could make it clearer what one absolutely has to do. This isn’t your fault - it’s to correct the unclarity of at least the UA site).

Bill Naylor is always open, patient, and very helpful with my requests and concerns.

Smooth sailing! The car hire you arranged was excellent - no pressure sales to upgrade the package. Flights were all fine.

I thought Rupert was fantastic and dealt well with all my questions.

Approachable, helpful and knowledgeable. The team and especially Stuart really helped our booking and provided assistance real time during our holiday.

Billy is a real star

DialAFlight staff are always very helpful and take the stress out of travelling!

All went well, happy with hotels. Will use again for future trips

You booked a car hire for me at Avis San Francisco. They were terrible and dishonest. I recommend that you never use them again.

As always, great service all round. Thank you Bill and Fiona

Make sure we get calls in advance to confirm rather than us chasing.

It's called the Golden State for its famous gold rush, its golden poppies and the light that film-makers love. But what about the golden age of rock and roll? I set out on a two-week road trip to find the California places made famous by classic album covers and legendary rock exploits...in a Ford Mustang.

PET SOUNDS
First stop on my journey was the petting farm at San Diego zoo, instantly recognisable as the place the Beach Boys fed the goats on the cover of Pet Sounds. The zoo itself is vast with its own cable car to speed you between the polar bears, pandas, elephants and goats. There's a huge appetite for rock in San Diego. Its Gaslamp Quarter is teeming with blues bars, restaurants, clubs, cool shops and other hipster hangouts. 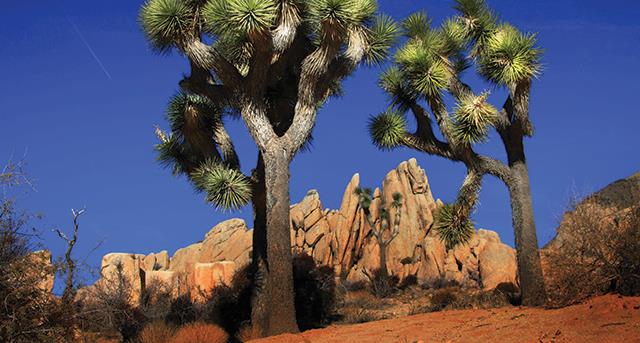 THE JOSHUA TREE
Next stop was the Joshua Tree, best known as the name of a U2 album but in fact a must-see national park at the meeting point of the Mojave and Colorado deserts.

Those weird volcanic formations have made Joshua Tree a beacon for rock visionaries. Keith Richards and Anita Pallenberg came here in 1969 on a trip with their friend Gram Parsons, the country singer who co-wrote Wild Horses. There's a guitar-shaped shrine to Parsons at the Joshua Tree Inn, where he died aged just 26.

ELVIS' HIDEAWAY
Nearby Palm Springs has always been a haven for the famous. I took a tour of Elvis Presley's honeymoon home, where he shacked up with Priscilla in 1967.

Elvis's manager Colonel Tom Parker lived round the corner, as did Frank Sinatra whose favourite bar was Melvyn's. Martini-loving locals and celebs still lose all inhibitions there around midnight.

There's a sense in Palm Springs that there's always a wild party happening somewhere behind electric gates or out in the desert - which is very much the kind of landscape where people get abducted by aliens.

THE BRITISH INVASION
The Sunset Strip was arguably where heavy rock was born. The Who, The Kinks and Led Zeppelin all played their first US shows at The Whisky a Go Go, turning what had been a hippy hangout into a more raucous affair.

Tucked just off the Strip is the Sunset Marquis, a perfect hideaway for rock stars including Led Zeppelin, Aerosmith and Black Sabbath. Villa 41 was Keith Richards' favourite. He wrote two Rolling Stones albums here and allegedly paid $5,000 for a new carpet each time because he liked to drop his cigarettes on the floor. 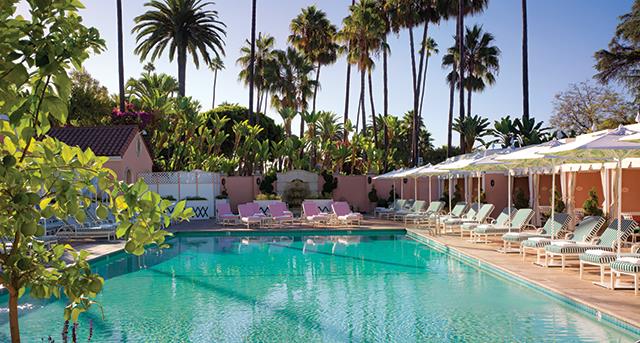 WELCOME TO THE HOTEL CALIFORNIA
The Eagles wrote Hotel California after a disorienting stay at the Beverly Hills Hotel ('You can check out, but you can never leave') and its roof can be seen on the album cover.

Paul McCartney and John Lennon both holed up here in the 1970s, having discovered its charms in the days of Beatlemania. Elvis's car is still parked in the private garage. The same hotel indulged Elizabeth Taylor's order for a bottle of vodka at breakfast during her six honeymoons there. So naturally that's where newly-minted rock millionaires looked for luxury with no questions asked.

IF YOU'RE GOING TO SAN FRANCISCO
It's a long drive from LA to San Francisco, but if you stick to the coast road it's one of the most scenic drives on earth.

From the hazy neon and palm trees of Los Angeles, the scenery soon becomes vineyards, salad farms and, around Big Sur, redwood forests that stretch up the coast to Canada. There's a section where the Santa Lucia mountains plunge into a Pacific teeming with whales that's so beautiful it's almost a religious experience. 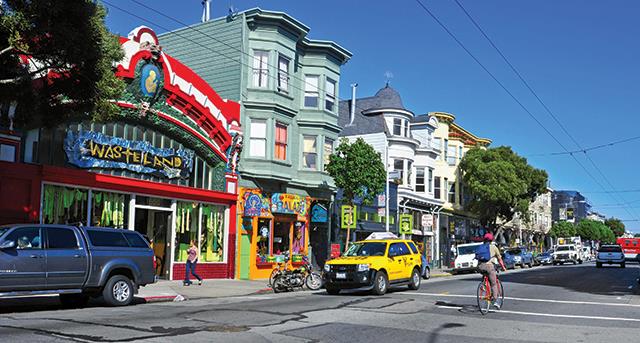 They call San Francisco's Fillmore the 'Vatican of rock' and its equivalent of the Sistine chapel is the poster room, lined with all the psychedelic flyers for legendary gigs there by Jimi Hendrix, the Doors, Led Zeppelin, The Who and Pink Floyd.

The nearby Matrix, where Jefferson Airplane debuted, is still a music venue but the iconic Winterland Ballroom is now luxury flats. The old hippy neighbourhoods are long since gentrified, you see.

The Grateful Dead house on Ashbury Street is a beautiful wooden Victorian townhouse and the Jefferson Airplane house on Fulton Street is a gleaming white mansion in the style of a Greek temple.  Scenes of wild bacchanals in their day, both are now private homes. Fans scratch their tributes on nearby railings.

Where do rock stars stay in San Francisco today? There are no bungalow-based hideaways to compare with LA's. So instead stars seek out the best views. None compare to the view from the top of the Mark Hopkins, the tallest building on San Francisco's highest hill. When the Rolling Stones stay, they rent two entire floors of this regal 1920s hotel.