What 683 of our customers
thought of Toronto...

Superb service as usual from Tyler

Brilliant service from your team

As always had no issues. But reassuring to know if we ever have a problem we can contact 24/7.

Excellent service as ever! Been using DialAFlight for 20 years and can’t fault it!

The support is always in place. The helpful email reminders. The staff courteous and understanding. The best.

Great service from Saf. No surprises. An enjoyable trip

A dear friend of mine recommend Barney Morris and no regrets at all - the service he gave from start to finish was excellent.

Thanks Amelia, you are fantastic.

All went well with my travel. Having the emergency number at hand in case I needed it was very reassuring

It was a good flight and the cabin crew were good. Thank you for your support

Our holiday went very smoothly and DialAFlight were excellent in helping us secure our return flights. Highly recommended and special thanks go to our Travel Manager Jim Camahin.

Liam and his staff could not have been so helpful and polite. He was fantastic with my problem and helpful.

As always best service by Vinnie.

Great service as usual. I have used DialAFlight many times now and would highly recommend them.

Would definitely use again

Ashley has been simply marvellous.

Spot on thanks. Hotels are very expensive in Canada so glad we prebooked some.

Had a fantastic holiday and everything went to plan. Thank you for your input.

Ethan was amazing. All queries answered and problems solved.

Thank you Russell for all your help and assistance.

Ash, and the 24hr support team, were brilliant in helping to re-arrange postponed and cancelled flights and providing sound advice and reassurance. Thank you for all you did. It minimised a very stressful situation. We will definitely use DialAFlight again.

We did enjoy the flight. But Toronto airport was not very organised especially with the luggage. It was an experience.

The staff, specially Brandy who did my booking, were excellent and very friendly. Whenever I rang the phone was answered straight away.

We have dealt with Julie for years and could not ask for better - she Is always willing to help and other companies just don’t come close to the customer service DialAFlight provide.

A City of highs

From Canada's tallest skyscraper to fabulous eateries, Qin Xie is your guide for 48 hours in Toronto

Suits may have waved goodbye to its stars Meghan Markle and Patrick J. Adams, but the number of visitors to Toronto, where the TV drama series is filmed, has never been higher.

It's not hard to see why; the city is home to Canada's tallest skyscraper, the CN Tower,  and biggest museum. And long before Suits, it was the backdrop to countless blockbusters. But if you just have 48 hours, here are the essential things to see…

Day One  Morning:
Take a walking tour with Culinary Adventure Company to the Old Town and St Lawrence Market. You'll hear all about the history behind the 'haunted ballroom' of the King Edward Hotel, and see landmarks such as the Flatiron Building and the Cathedral Church of St James.

The tour finishes with a visit to the St Lawrence Market, where you'll try snacks from Toronto's best-loved vendors for lunch. A Toronto speciality is the peameal-bacon sandwich (a type of back bacon rolled in cornmeal) from Carousel Bakery. And you'll want to pick up a couple of jars of Kozlik's mustard - their maple syrup version is divine.

It's worth walking further east to the Distillery District, a trendy enclave of artists' studios, restaurants and shops, and featuring a weird spider sculpture. 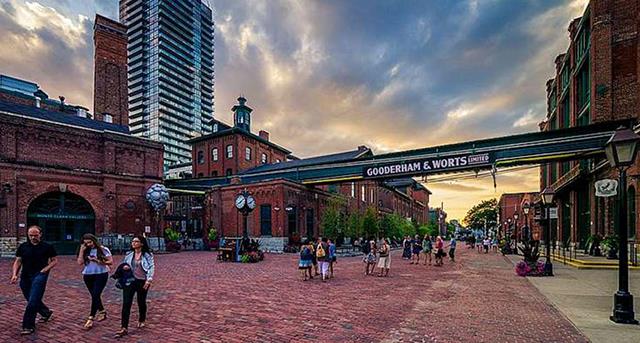 Go to the Distillery District for shops, restaurants and to see the spider sculpture

Afternoon:
Trek west to explore the city centre and track down filming locations for Suits. Fans will recognise Bay Adelaide Centre as the fictional offices of Specter-Litt. Bymark restaurant was the scene of several dinner dates.

Numerous meetings took place in hotel lobbies, including the Fairmont Royal York and the Ritz-Carlton.

The enormous Union Station handles some 300,000 passengers a day - and features Roman columns and Guastavino tiled ceilings that accentuate the Beaux-Arts building. You can enter PATH, the walkway that connects almost every building in the city centre. The mainly underground footpath is furnished with shops and restaurants so you never have to walk outside in the bitterly cold winter months. Go to Richmond Station restaurant for a casual dinner - the locals swear by their burgers.

Day Two  Morning:
Begin at the Bloor Street Culture Corridor, where there are 20 museums and galleries.

The Royal Ontario Museum is the biggest in Canada. Its eye-catching exterior - a deconstructionist creation known as the Michael Lee-Chin Crystal - makes it hard to miss, but it's the Rotunda inside that you have to see.

More than a million squares of Venetian glass are used for the mosaic ceiling that's as impressive as any from the Byzantine era. 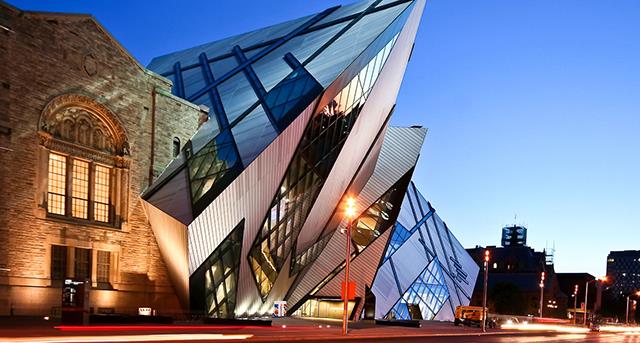 Afternoon:
Venture north to Midtown, where you'll find Casa Loma. The palatial mansion, once the biggest private residence in Canada, was so lavish it ruined its original owner, Sir Henry Pellatt. The millionaire financier spent so much on its construction he was eventually declared bankrupt. By the time he died, he was living in the modest bungalow of his former chauffeur.

But the building now houses an extraordinary museum and is one of the best known filming locations in the city, featuring in movies such as X-Men and Scott Pilgrim vs The World.

We dine at Actinolite,in Ossington Avenue, one of Canada's best restaurants.

Stop off in New York:
Just one hour forty minutes away by flight, New York is a great destination to visit before or after your time in Toronto. Check out one of New York’s hottest new hotels in the heart of Manhattan, striking and stylish Made will bowl you over with its chic airy rooms, says James Murphy. 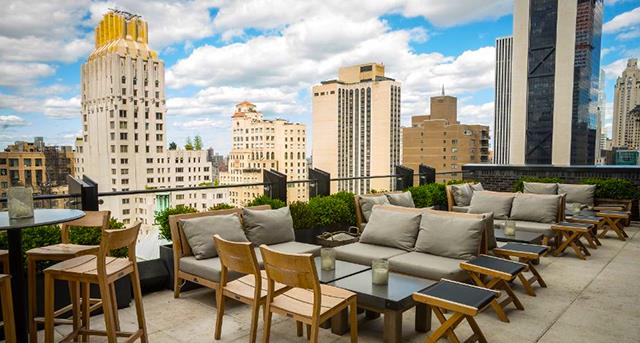 The bar in the lobby, with low-slung leather couches has the look of a smart living room - they want you to feel right at home. And there’s greenery, with oodles of pot plants and hanging baskets everywhere.

In the basement is the acclaimed restaurant Ferris and up on the roof is Good Behavior, a bar seemingly designed for quite the opposite, with two balconies, a 22ft curved glass wall and a cute little tiki bar. The bartender mixes a punchy tequila cocktail called a ‘Dirty Finery’.

As the setting sun turns the neighbour-ing Empire State Building to gold I order a second cocktail, happy to consider myself a Made man.