What 1113 DialAFlight clients thought of Melbourne

As usual, excellent service from DialAFlight. Everything was exactly as described and I enjoyed a fantastic time away. My only comment would be to advise passengers joining connecting flights at an American airport need to reclaim their checked in baggage, and check it in again. Baggage does not automatically go straight through to the final destination!

Want to specifically give a mention to Joe Orton. He took care of two octogenarians as though he was family. Excellent service. Will use every time in future

The availability of customer support before travel is very reassuring. The DialAFlight app works well and and can be easily accessed both from home or abroad.

The assistance I received was excellent throughout.

Once again Roger gives outstanding service on all levels

As always Spencer delivers. Will be booking my 2023 trips through DialAFlight.

Great service, thank you for keeping me informed every step of the way.

It all went well

Declan McLean always so helpful - a joy to speak to.

Thank you and your staff for their excellent service. My trip to Aus was perfect, as always and I look to going again in 2023

All good service as usual. I have been using DialAFlight for many years

Great flights and service overall - as always - thanks Des

Lucas once again thank you so much for booking our flights at such short notice. We had a fantastic time and everything went really smoothly. I always mention you to anyone wanting to travel.

I always call DialAFlight to get me the best prices and route and they always deliver. Thank you Roy and your team.

Jamie did a great job getting us a deal on our very first experience of First Class flying. We'll certainly use DialAFlight again next year.

Great service. Had our interests at heart. Found best deals available, kept us informed of changes and were on hand to answer any questions. Would thoroughly recommend them.

Tell customers that Malaysia airlines are fine but that the food is really awful. That does matter on a long flight.

Jarvis and his team work hard to make our trips are easy to book and any updates or questions are answered quickly and accurately.

Max and his team are very knowledgeable and always helpful. Just a great service! Regarding Dialaflight, you have a real USP with your immediate telephone response and your proactive service.

Liam was great! Nothing was too much trouble for him. So thank you very much

Trip went without a hitch.

After a great deal of uncertainty over our cancelled trip arranged through Trailfinders Sadie gave us so much confidence and we felt in safe hands.

From vast beaches to towering cliffs and lively seaside towns (and some of the world's best surfing), Francesca Wickers experiences Australia's most fabulous coastal adventure

The Great Ocean Road. Its name alone sounds leagues cooler than any of the world's bucket-list road trips. And that's before you've even begun to appreciate the vast beaches, towering limestone cliffs, and sparkling eucalyptus forests that make this Australian coast road so special.

The highway hugs the underbelly of the state of Victoria, linking Melbourne to the east with the old port city of Warrnambool to the west, threading through a series of seaside towns.

Once settlements for gold rush diggers, these ports now throng with wetsuit-clad holidaymakers in summer (Nov to Feb) and have their own wild charm in winter.

Coaches 'do' The Road in a day, but I opt for a small group tour, which spreads the journey over a night or two and is happy to go off-piste.

'Our tours are all about the detours,' says our guide Jeremy, a walking library of stories, anecdotes and Aboriginal folklore. 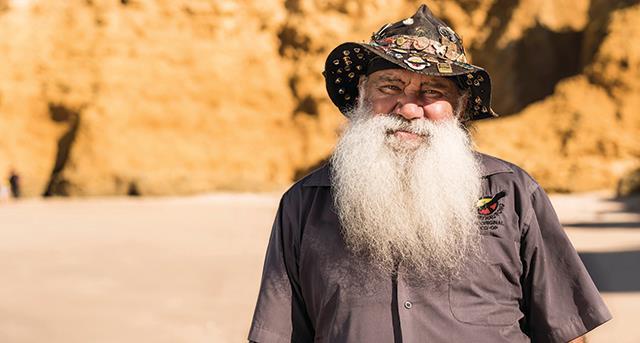 Our knowledgeable guide from the Aboriginal Cultural Centre

Jeremy scoots around Melbourne to collect me and the Scots – a 60-something couple from Aberdeen who are nearing the end of a six-week visit to Oz. And then we're off.
Our first stop is Geelong. It was the old mayor of this port city who, in 1918, decided to build a tourist route to rival California's Big Sur. He enlisted 3,000 ex-servicemen and set them to work, ignoring the government's fear that such a road 'would encourage invaders'. (The country was still licking its war wounds). 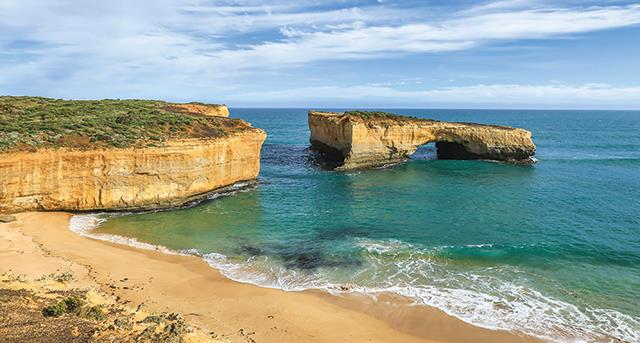 For 15 years the soldiers toiled away with their picks and shovels, hacking into the craggy hillside.

Hard yakka, as the Aussies would say. Peering down sheer cliff faces, I imagine such a soothing ocean-scape must have offered better post-traumatic rehabilitation than any therapist.

My neck aches from looking out of the window as we travel west towards Torquay, birthplace of surfing brand Quiksilver. We're here over Easter, prime surf season, and the annual Rip Curl championships – the longest running surf contest in the world – are in full swing.

Jeremy slows down the van to let a woman cross the road, her salty hair dripping on to her face, and tanned arms holding a surfboard. 'That's Stephanie Gilmore,' he says casually. 'Six-time world champion Australian surfer.'

I get the impression that such a sighting is commonplace so I give a breezy nod, but my inner surfer is dancing with excitement. Onwards to Anglesea, where I see my first kangaroo over on the local golf course.

These animals are so robust, Jeremy says, that 'they do little more than blink when hit by a golf ball'.

A few minutes further on is Kennett River, where I stand with my arms outstretched holding handfuls of sunflower seeds as four iridescent parrots land on my head and shoulders. 'Would you like a turn?' Jeremy asks the Scots, but they're too busy oohing and aahing over a koala snoozing in the nook of a tree above us.

Next is Lorne, with its strip of surf shops, second-hand bookshops and organic juice cafes.

A young hipster in Ray-Bans and bare feet strums Van Morrison on his guitar while overlooking the sands where children trip over the cords of their boogie boards.

Their professional counter-parts, meanwhile, sit straddling surfboards well out to sea, bobbing nonchalantly on the swell, waiting for a wave worth riding. Engrossed in watching them, I trip on a cockatoo taking a stroll along the promenade, its little yellow mohican perfectly coiffed. 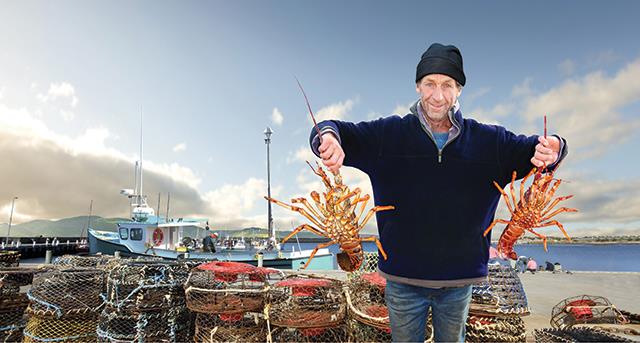 A fresh catch at Apollo Bay

We spend the night at Beacon Point Ocean View Villas, luxury cabins in the hills above Apollo Bay, and feast on fresh fish at Chris's Restaurant with a front row view of the waves in the dusk.

The next morning we reach the legendary Twelve Apostles – a cluster of giant limestone stacks protruding from the water, their bottoms nibbled by the waves.

The Twelve Apostles provide stark evidence that the coastline of Australia must be eroding at a rate of knots. An arch called London Bridge, sculpted over the centuries, collapsed so suddenly a few years ago that a group of tourists found themselves stranded on the seaward side and had to be helicoptered to safety. 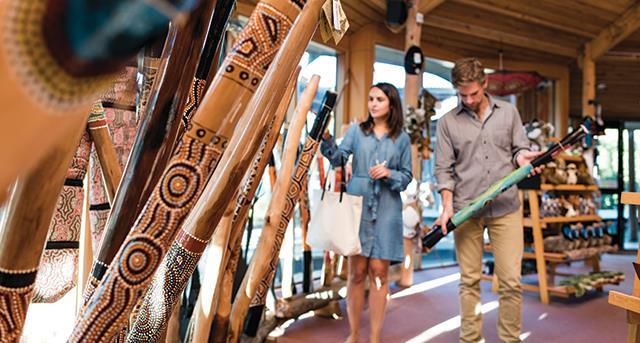 Our final stop is Loch Ard Gorge, where the wreck of the Loch Ard ship was tossed ashore by a fearsome storm in the winter of 1878. Jeremy takes out an old wooden chest from the van – inside which are black-and-white photographs of the only two survivors of the disaster, a newspaper article about the wreckage, and a handful of rusty spoons from the ship.

Turning these barnacle-clad utensils in my hand, I muse that over two days, my notion that Australia offers little by way of history has sunk faster than the vessel itself.