What 159 DialAFlight clients thought of Hanoi

Everything went smoothly. I was blown away by the Banyan Tree which Cody recommended. Thank you so much for organising a wonderful holiday. Now looking forward to my next trip with DialAFlight. You are all amazing!

Excellent customer service from Ewan. Would definitely use again.

Flights easy to organise on phone

Isabelle says the Malaysian Airlines flight was very comfortable with plenty of leg room and more than ample food and drink.

We had seven flights to on our itinerary to Vietnam and Cambodia and DialAFflight did this really well. All the hotels were booked through DialAFlight and were very nice (a special mention for The Iroha Garden hotel in Phnom Penh - absolutely incredible). The holiday was a great success and this was due, in no small degree, to the attention to detail from all your staff. Thanks very much

Everything went very well. Our booking for La Belle Vie Hotel in Hanoi was changed on arrival to the new Hotel Jardin, an excellent 5-star hotel in the same street. I can certainly recommend it.

Thanks to Sam and Neil for arranging and keeping in touch

Incredibly helpful staff. Phone answered quickly. Quick responses to emails. Very clear correspondence and instructions with regards to flights. Will recommend and use in future.

Thank you for all your help. I am new to DialAFlight and would definitely book again. Great experience.

Christian was very helpful, we will use him again.

Oliver looked after us very well and any queries we had were promptly sorted.

Fantastic service. Will be back!

Vietnam is tricky to pin down. It's colourful but austere; hard-working but playful. And it's impossible to ignore the war that has left an indelible mark, culturally and historically.

This long, slim country of incredible natural beauty has a coastline groaning with inviting sandy stretches and tropical islands off the south-west and southern tip.

'War tourism' is part of the experience, and Americans make up the greatest proportion of Western visitors. But the country has been rebuilt, the trees replanted and the Vietnamese look to the future, not the past. It has one of south-east Asia's fastest-growing economies and has set its sights on officially becoming a developed nation during the course of 2020. The atmosphere is vibrant and the welcome is smiling. 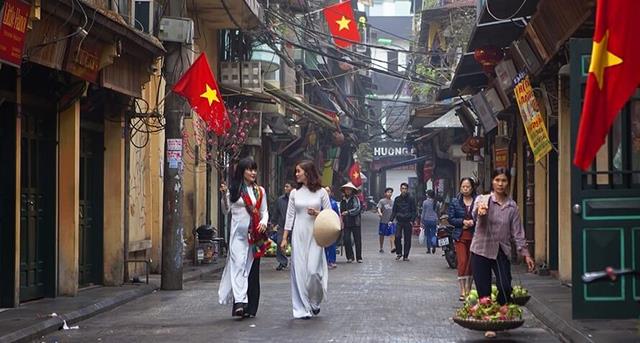 In the capital Hanoi, where my trip begins, the foggy city is brightened by sprays of peach blossom and kumquat trees.

There's plenty to see – and not nearly enough time to take it all in. Walking solemnly past Ho Chi Minh's body in a glass box guarded by four uniformed men is strange. Visiting the Hanoi Hilton prison, where communists and then GIs were interned, is horrifying.

The late Senator John McCain's jumpsuit, kit and parachute are on show. He was shot down flying a Skyhawk in 1967 and imprisoned in Vietnam until 1973.

There are pictures of GIs eating Thanksgiving dinner, playing pool or cards, smiling. A former PoW, who was held here for nearly six years, told me these photographs were set-ups. This was no holiday camp.

But for many years McCain, who died in 2018, had made a habit of returning to Vietnam and staying in the same room at the Metropole Hotel. On one of my visits a few years ago, I even saw him in the hotel bar.

This wonderful colonial hotel, with its prettily lit outdoor pool, is in the heart of the old city just a short walk from his former prison.

Hanoi is the place to try street food – and it's cheap. The '36 streets and 36 wares' in the Old Quarter, which dates from the 11th century, brim with markets and delicious-smelling brews. 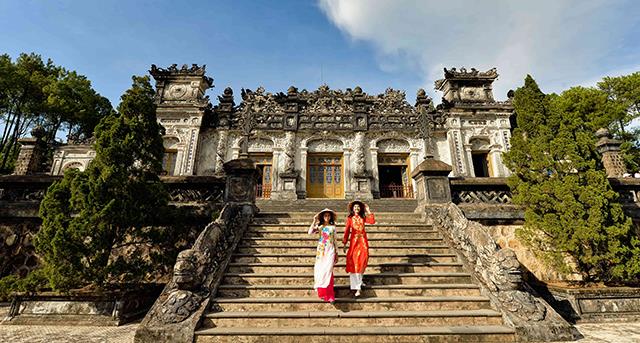 Khai Dinh tomb, built during the Nguyen dynasty, is one of many ornate mausoleums

We travel further south, to Hue and Hoi An on the central coast. In Hue, you can see the remnants of Vietnam's past when emperors ruled and grand palaces such as the former Imperial Citadel – a Unesco World Heritage Site – and mausoleums were built in their honour. The Tu Duc and Khai Dinh tombs from the Nguyen dynasty are ornate, elaborate and dripping in gold.

At the Tu Duc tomb, there's a large stone tablet with the lament of the emperor, who had 150 concubines yet never managed to produce an heir.
Hoi An is relaxed and bars are filled with gap-yearers. This is the place to have a suit whipped up.

Then it was on to Ho Chi Minh City, still commonly known as Saigon. This sophisticated city is home to millions of scooters that navigate the streets like dancing ants. 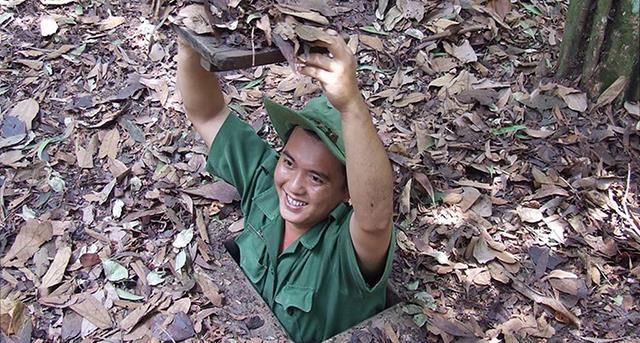 There's more war tourism here – from the harrowing War Remnants museum, which focuses on the grisly effects of Agent Orange and the Cu Chi tunnels outside the city.

The prospect of crawling on my hands and knees in the dark puts me off going inside. Just being at the entrance to this extraordinary network system, 124 miles in length, used by the Viet Cong during the war, gives me the shivers.

Back in town you can wander hassle-free, day or night. The market is hot, sticky and heady. In the surrounding streets, you can have a pedicure for a few pounds.

But Saigon also does high-end pampering beautifully. The Park Hyatt has city glamour. The wonderful swimming pool, three floors up and surrounded by trees, is long enough to do decent laps.

If you want to feel the sand between your perfectly manicured toes, Saigon is any easy jumping-off point for islands off the South and South-West coast such as Con Dao and Phu Quoc. 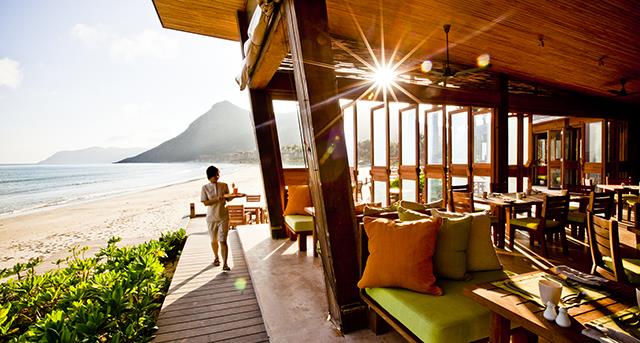 At Con Dao the Six Senses resort is perched discreetly on a mile-long beach. Con Dao was once a prison island, set up by the French in 1861, and you can still visit the great, eerie buildings in the main town.

You can walk, run, swim, cycle, do all manner of water sports and even learn how to cook the fragrant Vietnamese delicacies we've been enjoying.

Relaxation is the theme. By the end of the week, I feel well-nourished in mind and body – and more than ready to sing the praises of this captivating country.