What 398 DialAFlight clients thought of Chicago

Thank you Arthur - as usual a great trip

Really helpful to be able to talk through with someone and get what I needed. Excellent service.

My travel agent Elliot Webb is an excellent agent that always goes over and beyond to assist. I’ve been using him for a few years now and I have no complaints.

Don't recommend or use British Airways where possible - diabolical from start to finish!

Very satisfied with the way our holiday was booked with such ease and speed. Damian was so helpful and we even had a call before we left to make sure our seats were pre-booked. Very impressed with the service.

As always very helpful and reassuring staff. Special thanks to Elizabeth and Boris

Fabulous service from Barney who couldn't have done more to help me.

Efficient and helpful service from DialAFlight as always…

As always, fabulous service from Claire and her team. Always there to help and answer all my questions. Thanks once again.

Great price and customer service especially at a time where there have been big issues with airlines.

Thanks to Vinnie as always

Your service was great but American Airlines service was appalling. We lost first 2 days due to plane issues and flight delays and their staff were hopeless. British Airways were much better.

Thanks Theo and staff - fantastic service as always

Excellent service even when I was in the USA

Flight cancellations for the return home from USA could potentially have been disastrous. However, DialAFlight ensured that new flights were arranged and in the end it was plain sailing - or was that ‘plane sailing’?

Ashley is always responsive, helpful and always goes above and beyond my expectations. I would always recommend him and would never consider using anyone else to make my travel reservations.

Great service as always. A big thanks to Rob McLean for organising.

Always use DialAFlight and would highly recommend to anyone

Efficient, quick to respond, helpful and informed. Would use again

Trevor and his team kept us updated on any changes that were made by United Airways. He answered questions we needed ironing out and even took time to wish us well on our trip to USA. Excellent service - what more can you ask for?

Perfect. Could not fault them - as a disabled traveller they arranged everything

I have used DialAFlight for over 20 years and can't praise them enough. I have never had any bother. All questions are answered guickly. I must praise Jason and his team for all their help over the years.

Another high score for Oliver!

Truly amazing service. I will be writing separately to offer my thanks and gratitude

We were in the Pump Room bar of a hotel on Chicago's Gold Coast, one-time favourite of the Rat Pack.

My friend Melissa, who has lived in the Windy City for decades, approached the full and large coupe of vodka martini with lips puckered. Her cocktail looked capable of stunning a bull elephant. 'Clint Eastwood was here last time I dropped by,' she said, casually.

We tripped into the night air and headed down to the junction of Rush St and North State. This is the apex of Viagra Triangle, where silver-haired 'manthers' with big wallets and young partners drink Napa Valley's grandest crus. 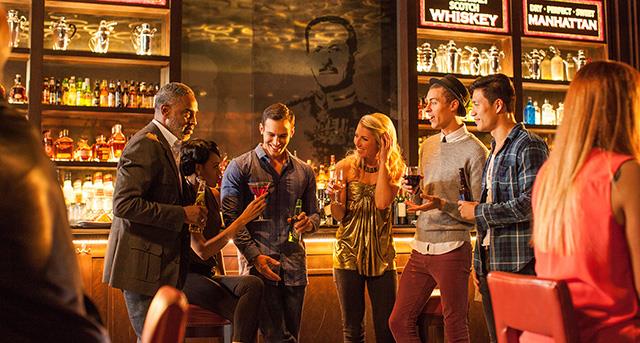 FIRST PORT OF CALL
'Let's check out Hugo's Frog Bar,' said Melissa. 'It's more French than anything in Paris.' She was right. I live in France.

'Hey look, it's JB Pritzker,' she said loudly, pointing at a portly 50-something sitting nearby. 'He's standing for Illinois state governor next year for the Democrats. He's also the owner of Hyatt hotels.' In a stage whisper, she added: 'He's worth $3.5 billion.' Two glasses of good sauvignon blanc came to $50, but Melissa coughed up before I had even fumbled for my wallet.

Chicago is the place to come if you are a food lover who likes sport, art, music and architecture. And bars. It's cooler than New York, easier to get around and, despite a reputation for violence, is one of the friendliest places on the planet.

After the Frog Bar and a stupendous dinner at upmarket steakhouse Maple & Ash, we went to Buddy Guy's Legends.

This is a sprawling cavern of a Chicago Blues bar where you could easily bump into Eric Clapton, Robert Cray or any number of big blues names. Buddy himself was playing to a full house. I nursed a pint or two of Guinness slumped on a barstool.

Above me were the Stratocast-offs of Keith Richards, John Lee Hooker and BB King.

Owing to jetlag I don't remember much after that, until waking up in the New York Life Insurance Building in the financial quarter. This elegant art deco early skyscraper was recently converted into the Kimpton Gray Hotel. 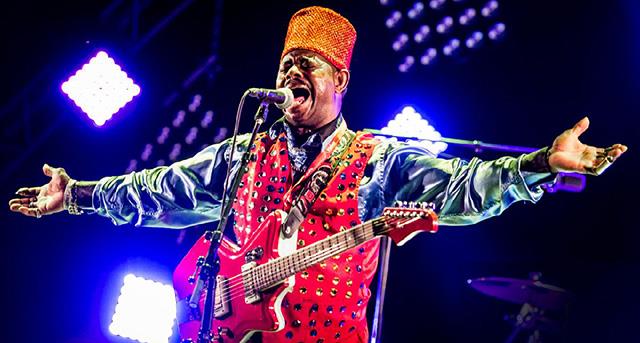 Make sure you visit Buddy Guy's Legends for some live Blues

ARCHITECTURE
Built by William LeBaron Jenney, the father of the skyscraper, it's one of the finest buildings in a city whose architecture is more restrained and refined than that East Coast dazzler, the Big Apple (though Trump Tower strikes a jarring note on Chicago's otherwise elegant riverside).

Around the corner from the Gray is a very well-known location from many films, including the recent Batman films – the Chicago Board of Trade building, with its statue of the Roman goddess Ceres on the roof.

We later took a skyline helicopter trip, flitting among the rooftops, which put the scale and grandeur of the place into perspective.

Chicago rears up from the shores of Lake Michigan – from a swamp where Algonquin Indians grew onions and garlic.

Still a little jetlagged the following morning, I cycled the river path and then a short stretch of Lake Michigan before visiting the Lyric Opera of Chicago, the second-largest opera venue in the world (New York's Met is bigger).

It's a staggeringly grandiose palace of art deco and art nouveau, which opened a week after the Wall Street Crash. Maria Callas made her U.S. debut here. That afternoon, the echoey palace of sound was full of ghosts.

Down on the pedestrianised Chicago Riverwalk is the City Winery, beside the bridge made famous in the great car chase in the 1980 hit movie, The Blues Brothers. 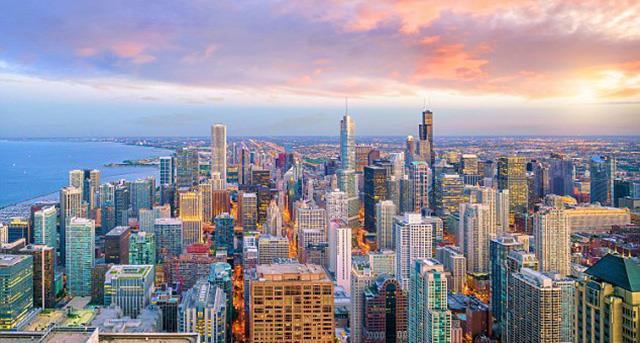 Downtown Chicago has been the backdrop for many films, including Batman

A LOVELY END TO THE TRIP
The Winery buys grapes and makes its own wine, so Melissa and I shared a carafe before wandering across the river to the House of Blues, the music venue co-founded by The Blues Brothers star Dan Aykroyd.

It was pretty empty because it was mid-afternoon, but was still full of atmosphere.

After a delightful cruise on the vast lake and a spin around the Museum of Contemporary Art, it felt like my whirlwind trip to Windy City had blown itself out all too soon.