What 25 DialAFlight clients thought of Lyon

Neil. What a legend!

Monika has been dealing with my travel arrangements for some years. Clearly I would not be returning if I was not completely satisfied. I have always received excellent service and have recommended your company to many of my friends and acquaintances.

Really glad we do business with you.

Just perfect. Planning my next trip and I shall be in touch with DialAFlight You are the best

This was a regular trip to visit family. On this occasion as on previous ones Monika's meticulous planning made our visit stress free and the experience was perfect.

Most helpful. Thanks Charlie

Everything was organized and without a hitch. Hotel very comfortable and ideally located. Thanks

Another great holiday. Thanks

Efficient, polite extremely responsive and nobody answers a phone quicker than these guys - consummate professionals and always welcoming. Five stars

As usual, everything was organised to perfection

Many thanks to Declan and his team.

Thanks Marcus. Everyone very helpful

Easyjet refused my cabin luggage because it weighed 14 kilos thought their website advises there is no maximum weight!

Blake, Nick and Sadie supported us throughout. Many thanks.

As usual, Laura handled our trip to Grenoble to perfection. I cannot speak highly enough of her attention to detail.

It is so nice to speak to a friendly person on the telephone and so easy to book flights through DialAFlight. Would always recommend to anyone. Thank you.

Lyon, the culinary capital of France

Lyon makes you fat - or can do if you don't follow the advice of celebrity chef Raymond Blanc. I happen to be travelling on the inaugural Eurostar service from London to Lyons in the company of the Michelin-starred owner of Le Manoir aux Quat'Saisons.

He's a passionate ambassador for Lyonnais cooking, with good reason.

France's third largest city has a staggering 16 Michelin-starred restaurants and stupendous food markets - as well as Paul Bocuse, France's most celebrated chef, who is still - at 89 - turning out the very finest quenelles de brochet, a delicate mousseline of local freshwater pike.

But how to avoid getting fat? 'Never eat the whole head of a cow,' says M Blanc. 'Concentrate on a few parts, like the ears.'

I soon find myself dining on food cooked by a master of Michelin cuisine, Anthony Bonnet, head chef at my hotel, the Cour des Loges.

Cheese follows - including cellar-aged tomme from the nearby mountains, and a sticky Burgundian epoisses. 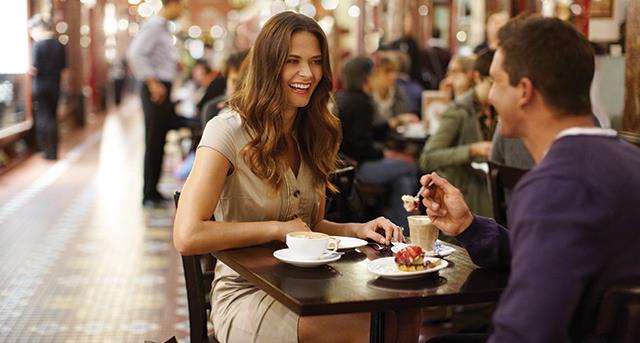 The next day I visit Les Halles Paul Bocuse, the food market. I've come to have a cooking lesson with chef Philippe Lechat, but first he offers me a tour of the various stands. Stallholders here are sages whose advice is received with as much reverence as if dispensed by an Old Testament prophet.

Back at Philippe's class, he sets me to work on a fresh tuna and mango timbale, showing me how to chop, de-seed and then rub the vanilla into the tuna until we have a mixture that tastes like some heavenly Pacific island.

There's more to Lyon than food. There's the cobble-and-clock-tower old town; the city art gallery (with Picassos and Matisses) and the startling new Confluence Museum. There are boat trips along the city's two rivers, and trendy rooftop nightclub Sucre.

The city also has homespun bistros, where Lyonnais cuisine was born.

Tomorrow I've booked myself into another Michelin-starred restaurant. Lunch is unlikely to be cow's feet or even cow's ears. But if it is, they'll doubtless be carefully balanced with Chablis, cream and an artful twirl of citrus.