Toby was friendly, attentive and helpful. He understood what I needed for the trip and was great at getting back to me.

Thoroughly recommend. Matthew has been outstanding. Excellent throughout the entire process. Always there to answer queries and provide clear advice. The holiday we booked was excellent and the flights and transfers were co-ordinated brilliantly by DialAFlight.

Rudi McCarthy did an excellent job. He kept me informed and updated throughout, not only about flight details but also about the changing visa and Covid requirements.

Jarvis was very good as sourcing our holiday to our exact requirements.

Tara is amazing! I recommend her to all my friends and family and we keep coming back

Taylor has been amazing at helping me book a special holiday for my husband's 60th birthday. We were worried about the covid restrictions and travelling but everything was extremely easily organised for us. The hotel was perfect and Taylor arranged a birthday cake, mimosa breakfast and a couples massage which was lovely. We would use DialAFlight again as the service and overall package was perfect and made our holiday.

Really good advice given by Sally and all of our expectations for the holiday were met. Will be booking through her again!

Bradley was fantastic. We had all the paperwork we needed. He was a great help with the VeriFLY app.

Excellent service again. Everything was amazing.

Hotel not to be recommended for relaxation. Too big, too many young loud Americans and don’t put people in the deluxe garden suites as loud thumping music until midnight. Luckily they upgraded us for free to quieter room otherwise we would have come home early.

Excellent service from Shane and Travis

Holiday was truly amazing. Thank you to the team and Charlie for organising such an amazing trip.

Shane was great as always. I often recommend him to friends.

We were very happy with your service, Robert was amazing, always available to answer our queries, we would highly recommend

Natasha's help was well above expectations and everything went super smoothly.

Adele, thank you for arranging a fantastic holiday for us. We had an amazing holiday at a fabulous resort at a brilliant price. You took time to make sure we were OK and were very attentive to our needs. And to top it off you got us a good deal at the airport lounge as well.

Another fantastic trip. Thanks Jasper and team

Connie organised everything we asked for

Amazing service from Dylan thank you

Thanks to Noah for all his help

A Caribbean break with lashings of luxury

This is what I want Heaven to be like, says Mark Palmer as he revels in two luxury resorts in the Dominican Republic

The lovely Dominican Republic has no fewer than eight international airports.

That's quite a haul for a country with little more than ten million permanent residents, and speaks volumes about its reputation as the all-inclusive capital of the Caribbean. But two hotels are bucking the trend – one on the quiet north coast, the other not far from the flesh-pots of Punta Cana on the island's south-east tip.

Both managed to withstand the hurricanes that swept through the area not long ago. 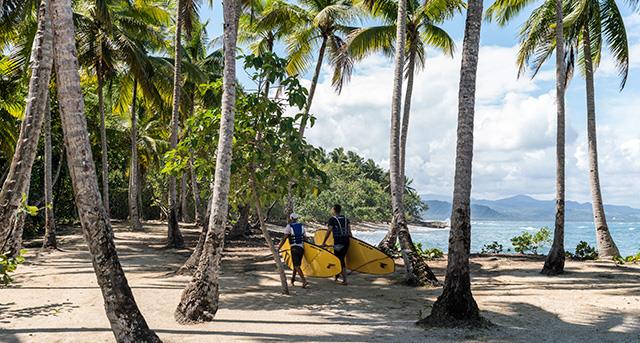 A LOVE FOR LUXURY
First, a confession: I'm one of the so-called Aman junkies and hope that by the time I check in to the great hotel in the sky, it will have many of the distinctive Aman touches (the Aman luxury hotel group now has 33 destinations in 21 countries).

That means no signage, no muzak, no meal times, no signing of bills with the dreaded 'tip' box left empty, no dress code (though decorum is a given), no manager's cocktail party, no over-manicured gardens.

And above all (now listen up, St Peter), a feeling that the place is empty even when it's full. 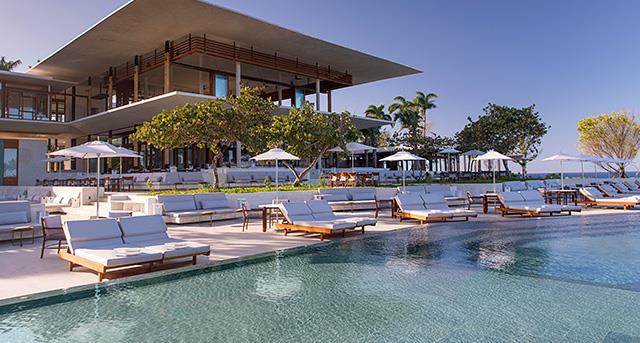 Relax at the luxurious pool area at Amanera

VISITING AMANERA
Amanera, near the comely fishing village of San Juan – around an hour's drive from Puerto Plata airport – was the group's 29th outpost, and it's Aman in all its glorious purity, starting with the main building that looks like it's either suspended from the sky by invisible wires or floating above its immediate surroundings like a yogic master.

There are 25 casitas (little houses) dotted around the hillside, many with their own pool, all looking down on Playa Grande, a sensational mile of golden sand with no other building in sight. It has to be one of the most spectacular beaches in the world, albeit that the Atlantic can throw up some bumper waves.

Like proper mad dogs and Englishmen, we walk in the midday sun to the other end of the beach, where, tucked behind palm trees, is the ravishing Playa Grande Beach Club.
We have a yummy lunch before heading back. There is an Italian influence to the cooking at Amanera, but with a Dominican section on each of the menus.

And for golfers, a championship standard course, with ten holes, is set on cliffs above the sea. To get to the understated spa, you cross the golf course, which, apparently, costs $1,000 to play a round for those not staying at the hotel. 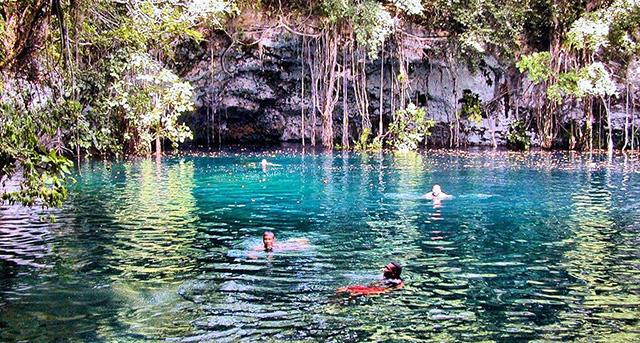 One day, we take a boat excursion to Laguna Gri Gri, a freshwater lagoon lined with mangroves, where we spot white and green egrets, turkey vultures and blue swallows nesting in black coral caves.

DINING OUT
That evening, we eat locally at Babunuco, where a Maestro del Cigarro shows us the process of rolling and pressing a fine cigar. 'We make better cigars than in Cuba,' he assures us.

It's a four-hour drive from Amanera to Eden Roc, an immaculate Relais & Chateaux hotel that opened only four years ago within the gated community of Cap Cana, a mere 15 minutes from Punta Cana airport to where BA flies three times a week.

There are 35 colourful åcasitas (pinks, blues and greens) at the main hotel, and 25 two-bedroom beach apartments.

It's some beach: a sheltered cove with creamy white sand, clear turquoise water, swaying palm trees, the gentlest of swells.

There are two restaurants at the beach, one Peruvian and one broadly Mediterranean, but with a substantial sushi menu. Both are delightful, manned by staff who insist on you having a good time.And you will.

Eden Roc is really two resorts in one. At the main hotel, there's a slinky bar and a more formal restaurant just off the stone-floored lobby, where a cheery Damien Hirst painting has pride of place.

Cap Cana has big plans. Already, there are polo fields, an equestrian centre, a newly-built marina, a magnificent golf course, and villas for sale – if you have upwards of $5 million.
If you don’t, a week or two at this sensational hotel is the next best thing!