What 298 DialAFlight clients thought of Japan

Thanks again to Conrad and team, all worked exactly as planned.

Everything made easy and stress free. Excellent support given throughout.

Everyone at DialAFlight has been fantastic, especially Dennis Hollands who really did everything possible to make this holiday happen. I had a great time and it’s all thanks to you

All in all very good as were Etihad

Will definitely use again and recommend. Excellent dialogue with Charlie Miles - it wasn't just a case of taking the money and that was it. He kept me informed throughout, well done..5 star service

Excellent service - as has always been my experience

No vegetarian meal on the plane. My pre-flight contact with DialAFlight was excellent.

Very happy with the trip!

Rise and shrine in Japan!

Hiro raises his bare thigh and slams his foot on the ground, spreading ripples across his man mountain of a body.

He bows at his opponent and, in a vision of manboobs and giant wedgies, they engage in combat; wrestling, pushing, heaving and tugging until one emerges victorious.

Suddenly, it's my turn. I step into the ring and stare ahead towards the sumo wrestler a few feet away - all 26st of him. A moment later I'm pressed up against his folds of flesh, my face alarmingly close to his armpit as I push with all my might. My feet scramble at the salt-strewn floor while Hiro - a wrestler for 22 years - stands there chuckling. 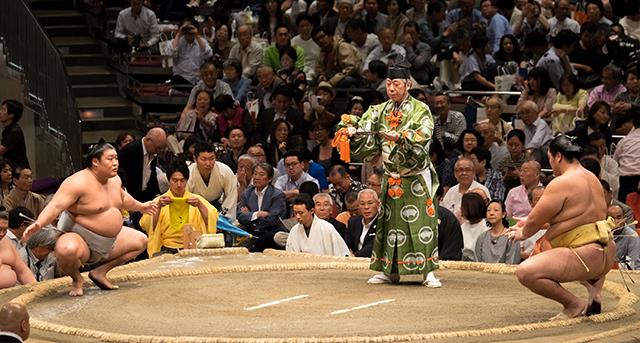 I'm in the small city of Katsuragi, considered the birthplace of sumo. Located an hour from Osaka in the Kansai region, this is a corner of Japan that has just become more accessible thanks to British Airways direct flights from Heathrow.

Kansai is an area of misty mountains dotted with remote shrines, tropical beaches and tea plantations which will appeal to visitors keen to explore what lies beyond the capital Tokyo. After putting Hiro through his paces ('You have great potential,' he jokes), it's time to move on to Osaka.

Home to three million people, the city is a patchwork of 16th century castles and 21st century glass skyscrapers. From my room on the 36th floor of the Conrad Hotel, the view of Dotonbori district, the main restaurant and entertainment area, is dizzying.

This 164-room hotel gives off a Lost In Translation vibe – think Bill Murray and Scarlett Johansson – and is filled with 389 artworks including one by local boy turned renowned sculptor, Kohei Nawa.

While Osaka is certainly worthy of a few days' exploration, the experiences awaiting further afield prove to be the real temptation.

Travelling south, urban sprawl gives way to delightful rural scenes. Before long we're surrounded by the crumpled green peaks of the Kii Peninsula. These mountains are the gateway to Wakayama.

Occupying the southern tip of Kansai, this city holds the key to much of Japan's ancient spiritual heritage. 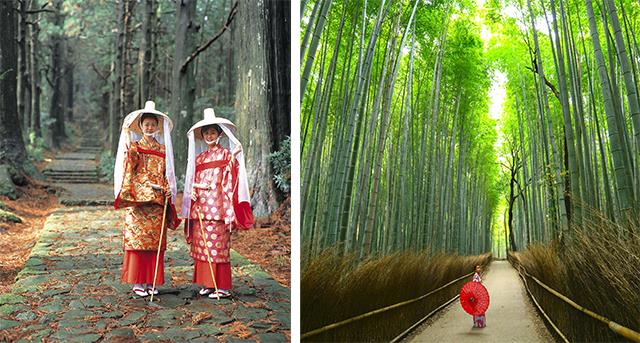 For more than 1,000 years, everyone from emperors to humble farmers has walked these peaks seeking peace and purification. The Kumano Kodo Pilgrimage ranks as one of the world's great pilgrim routes. A network of trails, it has several options, from gentle hour-long strolls to arduous multi-day treks.

Opting for the easier and shorter route,  I slice through silent bamboo forests and inch along paths that hug plunging wooded ravines. I pause to enjoy panoramas splashed with cherry blossom. I am feeling more peaceful by the moment.

The climax is our arrival at the grand Shinto shrine of Kumano Hongu Taisha, the hallowed ground where all trails meet. The silence of the forest is broken by the rhythmic chiming of bells and the flapping of flags in the breeze. 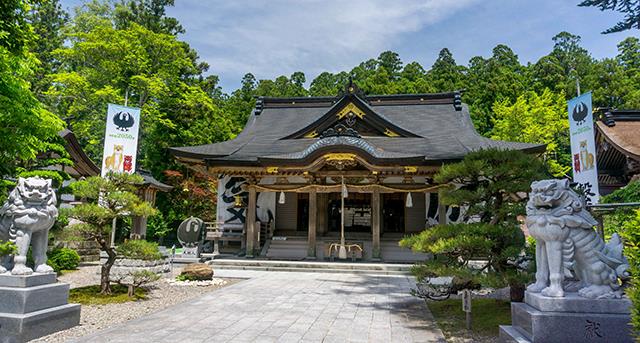 I watch as worshippers cross the gravel courtyards, clap their hands twice (to announce their arrivals to the deities) and bow their heads in prayer. This is a special, unforgettable place.  Just down the road, in the valley and dissected by a stream of healing thermal waters, is Yunomine, an onsen village centred around natural hot springs.

These healing waters were discovered 1,800 years ago and became an important part of the pilgrimage by offering hot water purification along the way.

Pilgrims enjoy a spiritual soaking by stripping off, as is custom, for a dip in the stone plunge pool housed in a rickety shed. Barely big enough for two, it makes for quite the intimate experience.

I choose instead a riverside dip in the thermal rockpool at the Kawayu Midoriya. A spa hotel somewhat stuck in the Seventies, it models itself on the traditional inn, the ryokan. Expect sliding paper screens and legless chairs.

No trip to this part of Japan would be complete without the glittering jewel in its Imperial crown, Kyoto.

Reached in 15 minutes from Osaka by Shinkansen bullet train, this enchanting city was the nation's capital until 1868. It retains much of its ancient character, particularly in the Gion district where geishas once scuttled between teahouses in their elaborate silk costumes.

From the comfortable Ritz-Carlton hotel, it's a pleasant 20-minute stroll along the Kamogawa River to Gion.

Delving into the backstreets, I discover deserted gardens and teahouses serving fragrant cherry blossom tea and sit with elderly locals painting watercolours of a pagoda.

Hunched over their palettes, they look long and hard and produce thoughtful brushstrokes. They seem lost in their individual reveries, drinking in the beauty. It sums up my experience perfectly.