What 4 DialAFlight clients thought of Brunei

A perfect holiday from start to finish.

Brian was excellent. We'll use him again.

I have great faith in DialAFlight and whoever we speak to. I must give a special mention to Helen . We have dealt with her for a number of years and she is fantastic!

Sailing in the sky

Sailing on a Singapore birthday cruise

What do Princess Cruises and Singapore share in common? Yes, the ships and the city are sexy, sleek and stunningly attractive. They each have the wow factor, look hot and are lots of fun.

Yet the answer I was looking for is that they've both turned 50 and were each celebrating in style when I boarded Sapphire Princess in Singapore in December.

In 1965, as Singapore won her independence, Princess Cruises launched with a single ship sailing around Mexico. Half a century later, Singapore has grown into a modern metropolis, while Princess is the third-largest cruise line in the world. 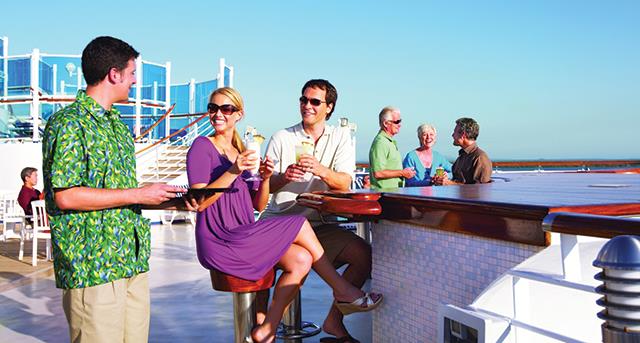 On deck of the Sapphire Princess

Singapore has plenty to offer for a pre-cruise stay, from the historic Raffles Hotel, where about 2,000 Singapore Slings are knocked back daily in the famous Long Bar, as well as served on direct Singapore Airlines flights from London.

The latest landmark, Marina Bay Sands Hotel, resembles a cruise ship sailing along the shimmering skyline. Daring to peep over the edge of its towering SkyPark 57 levels up, with its rooftop infinity pool, gives a great excuse for yet another Singapore Sling to steady nerves.

Champagne and cocktails were also flowing on board Sapphire Princess, as I was lucky enough to join a South East Asia cruise from Singapore to Thailand via Brunei and Vietnam during the cruise line's birthday week.

Celebrations included a champagne fountain and golden balloon drop - one balloon was rumoured to have a ticket for a free cruise inside. The gala dinner served commemorative dishes from the past five decades. Just when I thought I really couldn't eat any more, a bittersweet chocolate mousse was presented which was far too tempting to decline. Then coffee and sweets - well, it would have been rude not to... 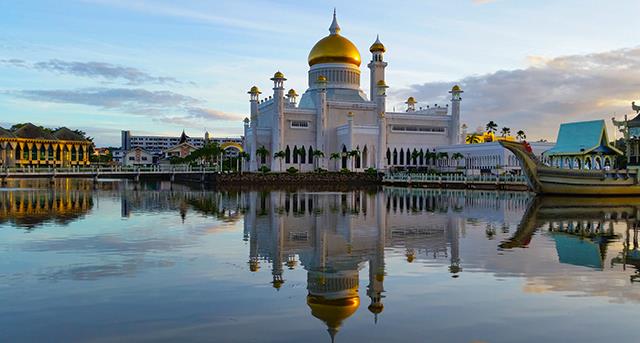 Golden domes of the Sultan's Palace in Brunei

It seemed that the opulent golden-domed sultan's palaces and mosques of Bandar Seri Begawan in Brunei, our first port of call, reflected the spirit of the 50th anniversary celebrations.

Our culinary journey also continued with an invitation during our organised shore excursion to enjoy afternoon tea at a local home in Kampong Ayer, the world's largest water village. Being collected by water taxi to explore the maze of houses on wooden stilts connected by bridges, I could quite understand why the residents had turned down the opportunity to live more conventionally on land. 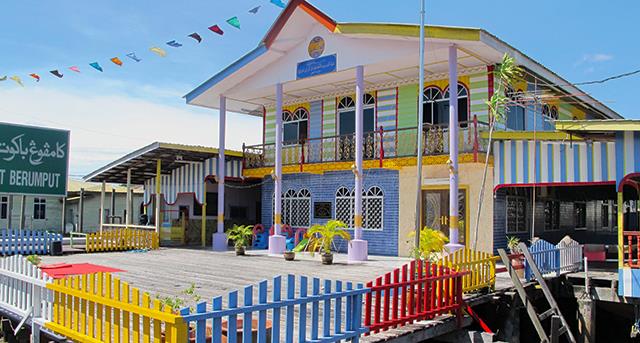 Nha Trang, Vietnam's famous resort, also welcomed us with mile upon mile of golden beaches, though unusually during our visit, there were only brief glimpses of golden sunshine to match. But when the clouds parted, the dazzling turquoise seas and powder-white sands suddenly lit up.

At the end of our tour of mythical temples, pagodas and markets, we used the excuse of waiting for the tender queue to die down (it takes a while to ferry 2,700 passengers back to the ship), to sample the local beer 333.

It's a tradition here to serve the refreshing golden brew with ice before shouting 'Môt, hai, ba, yo!' meaning 'One, two, three, cheers!' Vietnamese and Thai are two of my favourite cuisines, so lunching on deep-fried spring rolls, pineapple rice served in the husk of the fruit, or pancakes stuffed with shrimps, pork and beansprouts and then rolled in rice paper and fresh herbs, was always going to keep me as happy (not to mention as shapely) as a laughing Buddha. So was shopping for bargains in Saigon's many outdoor markets and designer stores. 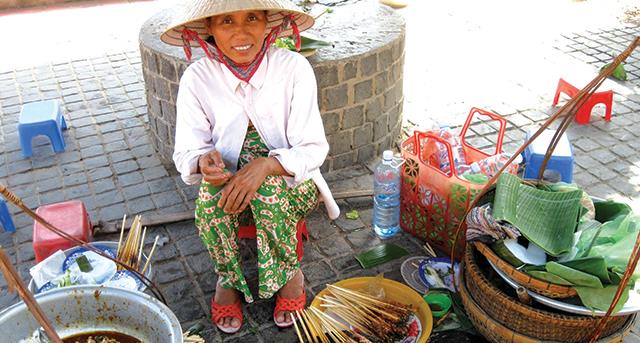 As a welcome escape from the heat and traffic chaos of each bustling port, it was nice to kick back and enjoy relaxing days at sea on our own indulgent floating palace. For perfect peace and pampering with chilled face towels, frozen mango margaritas and afternoon tea brought to your sunbed, the adults-only Sanctuary is very hard to beat.

So, too, is a deep-tissue massage at the heavenly-smelling Lotus Spa. Or watching Movies Under The Stars with popcorn and ice cream. Not to mention enjoying the sunset from your own private balcony with a glass of bubbly in hand. The Princess Patter daily update is delivered to your room and is filled with the day's activities - from dancing and shows to live music and ping-pong tournaments.

I'm proud to say that our family won a bottle of fizz in a trivia quiz, while I was just pipped at the post in the spelling bee. That almost took me back 50 years, as did dancing the night away to oldies but goldies in Skywalkers Club.

Princess's motto is 'Come Back New' and after a ten-day holiday of a lifetime, I felt regenerated, even if - admittedly - I'm now a slightly more rounded model.