Sights and sounds of Manaus 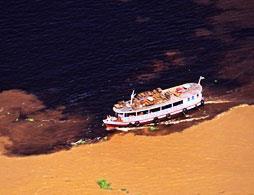 Meeting of the Amazon Waters

This is a great tour to take while staying in the north of Brazil. Leave from the Tropical Hotel marina on the Rio Negro and sail down the river seeing the floating port of Manaus with typical Amazonian style boats and municipal market. After a short stop at the unbelievable ‘Meeting of The Waters’, where the Rio Negro and the Solimoes Rivers join to form the Amazon River, continue sailing to the Janauary Ecological Park.

Here you see the famous Vitoria Regia (Giant Lily pads) and other exotic flora and fauna. Then take a ride in a motorised canoe through the creeks that connect to the Rio Negro and the Solimoes Rivers. Lunch is then served at a floating restaurant, followed by a visit to the Indigenous artisans fair. Then return to the Tropical Hotel as the sun sets. 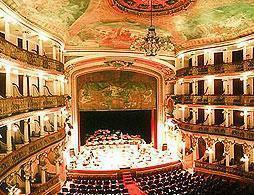 Leave from the Tropical Hotel and drive 11 miles on Ponta Negra river front road to the floating port of Manaus. You stop at the Rio Negro Palace, the old official residence of the governor, and a beautiful example of architecture from the rubber boom and golden period in Brazil. Visit the Indian Museum, and the Salesian Congregation to understand the traditions, habits and culture of the indigenous populations.

Next, you stop at the Justice Palace and then its on to the jewel in the city's crown, the world famous Opera House, a fantastic theatre which opened in 1896 and is without a doubt one of the main attractions of Manaus, and an extraordinary symbol of the wealth and opulence of the rubber boom and the country's golden period.