Sights and sounds of Kilimanjaro 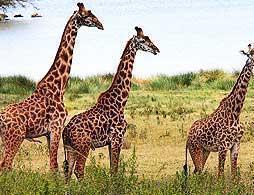 A DAY IN THE PARK

On this great day trip you are picked up from your hotel in Arusha town and driven out to Arusha National Park. This huge park has terrain ranging from open savannah through acacia scrublands to Afro-montane cloud and rain forest and alpine vegetation similar to Mount Kilimanjaro. There are several alkaline lakes as well as the spectacular Ngurdoto Crater.

As you travel along expect to see elephant, buffalo, various primates, giraffe and leopard. Hiking is allowed if accompanied by an armed guard and the climb up Mount Meru is superb, often giving the best views available of Mount Kilimanjaro. Mount Meru is the fifth highest mountain in Africa and is located in the Arusha National Park. Lunch is served at Momela Wildlife Lodge and you return to your hotel in the evening. 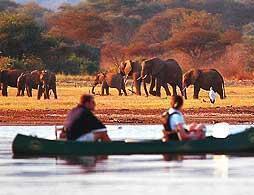 On this full day tour you are collected from your hotel in Arusha town and driven out to Lake Manyara. This is one of the most diverse of Tanzania’s national parks, a combination of Rift valley lake, dense woodlands and steep mountainside. Manyara is a birding paradise with more than 380 species, and the forests are one of the best places around to see those elusive leopards.

Lions hunt on the grassy shores of the lake and are known for their habit of climbing trees, and you may be lucky enough to see this. The park can easily be seen in a day and is one of the country's most popular safari destinations along with Serengeti, Tarangire and Ngorongoro. Lunch is included in the trip and you will be taken back to your hotel after this exciting day's game viewing. 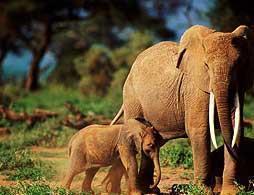 You are picked up from your hotel in Arusha town in the morning and driven straight to Tarangire National Park, which is not one of the biggest of the Tanzanian parks, but its unrivalled landscape of open plains, dotted with thousands of baobabs, is unforgettable. About 100 miles south of Arusha, Tarangire is known for its tree-climbing lions and for its very big herds of buffalo.

This is one of Africa’s little-known gems and should be on the itinerary of all lovers of wilderness and solitude. The game numbers are staggering: 30,000 zebra, 25,000 wildebeest, 5,000 buffalo, 3,000 elephant, 2,500 Maasai giraffe and more than 1,000 fringe-eared oryx. Predators include lion, cheetah and leopard and birders can see the ashy starling, rufous-tailed weaver and black-collared lovebird. Lunch is included during this tour.